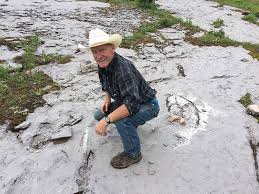 With retired journalist Andrew Bruce Richards, Hiram Cody Tegart wrote his memoirs about being a hunting guide in B.C.’s Columbia Valley in Mountain Man: the Life of a Guide Outfitter (Caitlin $24.95). Born into a ranching family in 1950, Tegart got his first gun when he was ten. Tegart’s father also worked as a guide outfitter to earn much-needed cash for the family and young Cody quickly learned the skills to help him. He later bought the hunting business from his father and built it into one of the most prosperous in the province, earning a reputation as one of the best in the business. By 1984, Tegart had a success rate of 85 percent in elk hunts and 100 percent with mountain goat hunts. Andrew Richards interviewed other hunters, guides and friends for Tegart’s book. Cody Tegart died in 2018 but not before his stories of a disappearing way of life were published.
978-1-773860-06-0