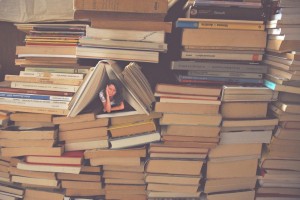 Laurel Mae Hislop’s debut, self-published collection of short stories, Chitchat (Manna Mark $9) is set in the fictional town of Chat, population 170, in British Columbia, circa 1986. We first view the town through the eyes of the narrator, sitting in her car on Main Street, as a smartly-dressed young woman from Toronto, coming to visit her mother, steps off a Greyhound bus. Her sophisticated look makes her seem like an alien. Chat is a cultural backwater with numerous endearing, kooky, strange and frequently delightful characters. There is a Viet Nam draft evader, a religious nut, a sex-starved woman named Paisley, a hippie named Thomas, village matriarchs, a night of strip poker, a pregnant woman on snowshoes helped by Mad Nick, wife abuse, addiction, wayward pigs… and a pet skunk named Banquet. All the quirky characters share the bond of their tiny town constraints. One of the stories, “Butterfly” was shortlisted for the Surrey International Writing Contest Storyteller Award. Born in Saskatchewan in 1953, Hislop, of Vancouver, is working on a novel.