The Communist Party's cultural revolution was designed to smash bourgeois and western idolatry. 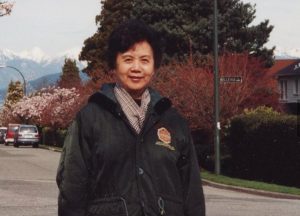 Even as a devout communist, Katherine Luo (above) was persecuted for her Hong Kong connections.

As Katherine Luo makes clear in her memoir, The Unceasing Storm, it mostly ruined Chinese lives instead.

The Unceasing Storm: Memories of the Chinese Cultural Revolution 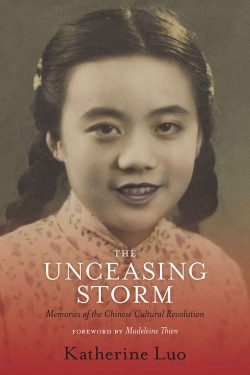 Many personal accounts have been written about tumultuous modern China, but there is a difference in Katherine Luo’s book. We feel her heart-wrenching personal experiences through a series of short stories about individuals and events in her life, which are not in chronological order. In this case, knowledge of modern Chinese history would be helpful to the reader.

Katherine could leave China, but chose to stay, unlike many who risked their lives escaping to Hong Kong. By so doing, she was able to be an uninterrupted eyewitness to the horrific acts of inhumanity towards the loyal supporters of the Communist Party, the personal vendettas, the betrayals and the complete control of the Communist Party over the private lives of Chinese citizens.

In Hong Kong, up to the 1960s, the only degree granting institution was the University of Hong Kong, established by the colonial government, with English as the language of instruction. For graduates of Chinese middle schools, the only choices to attend university would be in China or Taiwan.

Katherine attended a Communist-leaning school, which engendered her loyalty to the Chinese Communist Party. Despite the urging of her parents to remain in Hong Kong, she left for China for university.

Katherine went with the hopes and dreams for the new China. Her complete trust and loyalty to the Chinese Communist party was never accepted because of her bad background as an “alien class element” due to her Hong Kong connection. Some Chinese youths in Hong Kong, as well as some refugees who were there to escape the Chinese civil war, returned to China, like Katherine, only to be suspected, vilified and abused by those who held power over them, painfully detailed in the stories of this book.

For thousands of years, Chinese children were brought up to respect their ancestors, parents, elders and their teachers. Traditionally, students in a classroom would stand up when the teacher enters, and they never talk back. This tradition continues in some schools today. During the Cultural Revolution, Chinese society was turned upside down with the most unbelievable acts of violence towards those they were taught to respect at a very young age.

China has no aristocracy. The traditional class system in Chinese society consisted of scholar, farmer, artisan/soldier, and at the bottom was trader. Today, even though this class distinction no longer exists, education remains the most valued aspect in the life of the Chinese. During the Cultural Revolution, being educated was a cruel stigma. 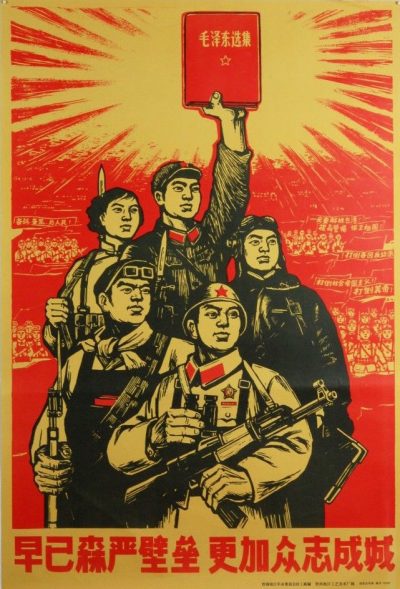 Mao Zedong’s little red book was used as a Bible for terror.

In the early part of the 20th century, only the brightest and the best had the opportunity to go abroad to study, and most returned to help China to modernize. So, it was a historic calamity for China that these dedicated individuals, in particular, were targeted and brutalized by those in power, because of their education, training and contributions. In a very personal way, The Unceasing Storm brings to light how friends betrayed each other, children disowned their parents for belonging to the “wrong” class; students assaulted their teachers; the educated were demonized; and books were burnt.

The distrust of the Communist Chinese government was such that, when it first sent students to study abroad in the 1970s, they were recalled before graduation. As with most autocratic governments in the world, knowledge was suspect, and the youth of the country were to be tightly controlled.

Katherine’s “storm” happened during her time in China. She endured punishment again and again, in being denied the right to complete her studies, to love or to fulfill her dreams in her career. She lived in fear, even though she was fortunate enough not be singled out for public insults and beatings. Hopes were dashed, and life became monotonous. 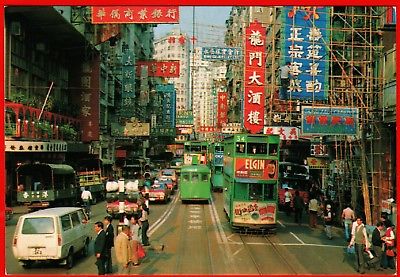 In this book, Hong Kong is regarded as an in-between place and only to be mentioned when necessary, even though Katherine could travel there freely to visit her parents, and was able to regain Hong Kong permanent residency at the age of 52. Katherine chose to stay in China until 1988 despite suffering years of suspicion, physical hardships and disappointments. The question remains, why?

China has always been an autocratic country, despite the overthrow of the Qing dynasty in 1911 and the establishment of the Republic of China. Despite the opening up of the country with more economic freedom since the leadership of Deng Xiaoping, there is no freedom in other spheres in the lives of its citizens. The continuation of total silence about historic acts of violence towards the population, perpetrated by those in power, is foreboding. What does the future hold?

Since diaries and other written materials were burnt for fear of incrimination, The Unceasing Storm is articulated from memory about family, relationships, love, fear and regrets.

The Unceasing Storm is also a Canadian story, Canada being the shelter from the storm, a country wherein Katherine has finally found peace. 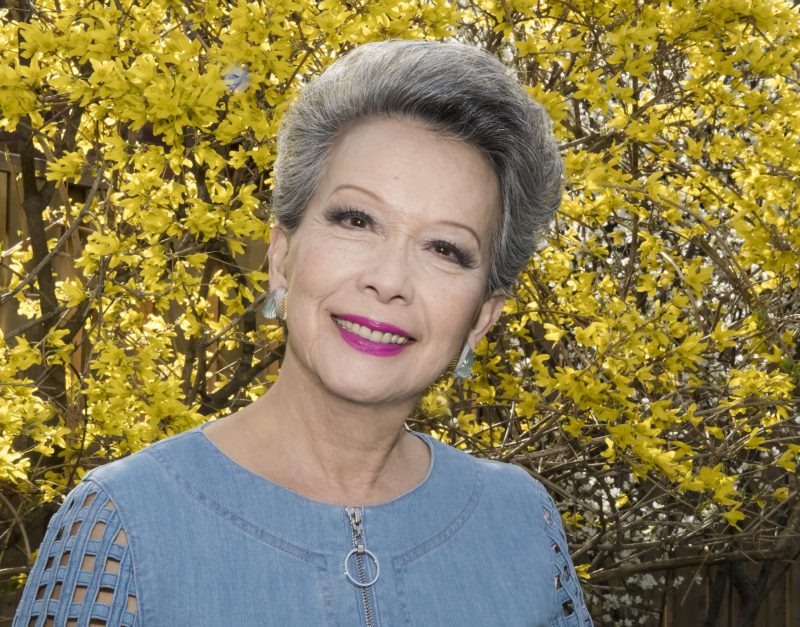 The Honourable Dr. Vivienne Poy, Chancellor Emerita of the University of Toronto, was educated in Hong Kong, England and Canada. She is a historian, author, entrepreneur, fashion designer, and community volunteer. In 1998, she was the first Canadian of Asian descent to be appointed to the Senate of Canada where she focused on gender issues, multiculturalism, immigration, and human rights, and was instrumental in having May recognized as Asian Heritage Month by the federal government. After her retirement from the Senate in September 2012, she continues to be actively involved with communities across Canada. Vivienne has received numerous honours and awards, as well as honorary degrees and professorships from universities in South Korea, China, Hong Kong, United States and across Canada. 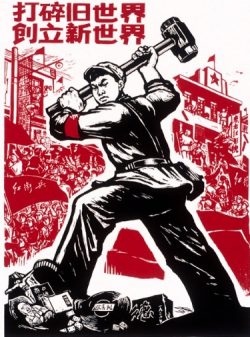