#356 Bullying must be stopped

A debut YA novelist wants society to not turn a blind eye in the hallways. “I’ve seen more money spent on new basketball uniforms than on workshops and classes that could address the increasingly harsh reality of bullying,” says Holly Dobbie, “that is literally killing our youth.”

Aggie is picked on ostensibly because she’s dirty and smells. In fact, she is trying overcome a thoroughly dysfunctional home life. At first, she tries to defend herself and maintain her dignity with caustic wit, but it’s a weak defence.

In desperation, Aggie initiates the Warriors Video Club whereby she and her bullied cohorts try using a camcorder to document the perpetrators of bullying. But such self-empowerment can only go so far if school authorities continually turn a blind eye.

There’s more to Aggie’s burden of low-esteem. Unseen, at home, her mother – who is a hoarder — is oblivious to her needs. Paranoid alcoholics can be that way. So, in her most secretive despair, Aggie self-harms. 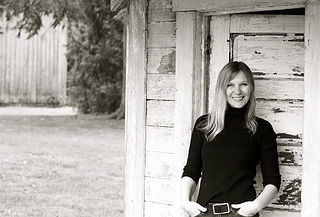 Dobbie, a former teacher, has explained the background for this story to The Ormsby Review:

“When I was twelve years old, my father died of pancreatic cancer, and soon after, my mother sold our house and many of our personal belongings, and uprooted us from everything that was familiar and safe. Upon entering a new school in a lovely Dunbar neighbourhood, in a new city in grade eight, a girl my age decided that she hated me as soon as I walked in the door. She continually and aggressively threatened me with verbal taunts and imminent violence, until she finally beat me up, ripping out my hair and leaving me bruised and fully shattered.

“In a no-alternative-route school hallway that we had to use to get to class, we frequently encountered a terrifying older boy who made a point of forcefully kicking us every time we passed by his locker. Afraid of further and even more intense violent episodes, I never told anyone of authority about these incidents. Now, so many years later, I know that disclosure, accountability, and solidarity are the key elements to stopping any abuse. The power of the bully is only as real as it is tolerated, only as strong as it is hidden, and will only continue if we all remain silent. My hope is that this book might inspire young adults to embrace the belief that they are capable and worthy, and they deserve to live free of fear, shame, and any form of systemic persecution.

“Fifteen Point Nine is about hope and frailty, courage and despair, and it needs to be in the classroom, to reach not just the vulnerable kids, but also the kids who are comfortable in their intolerance. The mental health services for our young adults are inadequate and unprioritized. I’ve seen more money spent on new basketball uniforms than on workshops and classes that could address the increasingly harsh reality of bullying that is literally killing our youth. My heart breaks for the kids who have taken their lives because they believe they have no other choice. I want this to change, and I have no doubt that given the right guidance and support, middle and high school kids will learn of their options and choose to stay alive, and the schools are the best place to complement and further the outreach programs.

“This stuff keeps me up at night, and writing about it just now, makes me really sad.”

If Fifteen Point Nine sounds bleak, well, we haven’t got around to mentioning a classmate’s suicide prior to the big Winter Solstice Carnival dance to which Aggie has received an invitation from an anonymous admirer.

There’s kindness from a school janitor and several moms, but, basically, we are shown the extent to which simply showing up at high school can be a hellish experience, especially if there’s inadequate support at home. Never mind getting a B in math. Or maybe a C+. In Fifteen Point Nine we’re just hoping that Aggie can make it to age 16.

Born in Vancouver on January 5, 1961, she lives with her family in Langley, B.C. She attended Lord Byng Secondary — before the age of camcorders — and has an Education degree from UBC. She has also worked with at-risk youth as a school mentor with Big Brothers and Big Sisters, and she currently volunteers at the Langley Youth Hub, making dinners for homeless and vulnerable youth, and developing positive relationships.

She believes changes are needed at almost every level of the middle and high school environments to more adequately recognize the proliferation of bullying.