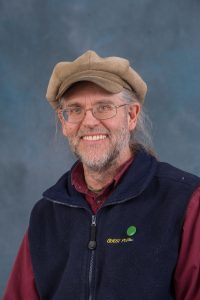 For Sage Birchwater’s Chilcotin Chronicles (Caitlin 2017), the veteran reporter and former back-to-the-lander says “The people and stories of the Chilcotin are linked together like the mycelial threads of a mushroom colony.” The individuals who inhabited the sparsely-populated broad landscape, stretching 450 km from the Fraser River to the Central Coast, were seemingly all larger than life. Stories of their whereabouts and happenings were kept alive by the great oral tradition of this place, told around campfires and kitchen tables. “Some of these tales were true,” Birchwater says, “and some were blatantly fictitious; and through it all runs a deep sense of place.” His collected stories from the leeward side of the Coast Mountains include characters such as Eagle Lake Henry, Bullshit Valleau, Pete McCormick, James Lee Holt, Trapper Annie Nicholson, Benny Franklin, Nancy Swanson, RC Cotton, George Turner (rumoured to be a member of the notorious Dalton Gang) and his wife Louisa One-Eye. [Author photo by Craig Smith.]