Breaking the cycle in Tanzania 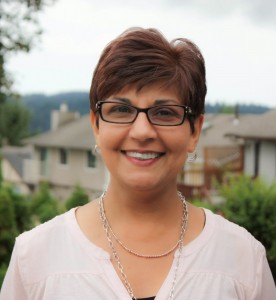 Born in Mbeya, Tanzania, Farida Somjee of Vancouver has written a debut novel, The Beggar’s Dance (Amazon 2015), that follows the struggles of an eleven-year-old boy, Juma, who proceeds to survive on the streets from 1977 to 1992. To gain his independence, Juma must escape the clutches of a mentor/thief and a prostitute who offers love. He holds on to the memories of a friend from his past, a shopkeeper’s daughter, who once told him, “You have to believe in yourself, Juma, break the cycle.”

Of Hindi origins, Farida Somjee grew up in the coastal city of Dar es Salaam, the capital of Tanzania (formerly Tanganyika), as well as the inland town of Arusha, and arrived in Canada in her late teens “with twenty dollars in her pocket, a lot of dreams and God on her side.”

She has recalled the origins of her novel: “When I was ten years old, growing up in Dar es Salaam, Tanzania, one evening, I watched a young boy (about eight years old) with his mother, begging. I wondered why I was in the comfort of a car, enjoying an icecream treat and he was on the sidewalk begging? I couldn’t understand so I went back to find him, but never saw him. For a very long time, I would think of him and try to figure out how he’d have spent his day and survived—not realizing that I was writing The Beggar’s Dance all along. It took me many years to understand that there was nothing special about me; I was just born lucky. This childhood encounter was the seed that led to the unfolding of Juma’s story.”

One Response to “Breaking the cycle in Tanzania”