Author of thirty books for kids, Margriet Ruurs is a global proseltyzer for literacy as well as a bed 'n' breakfast operator on Salt Spring Island. 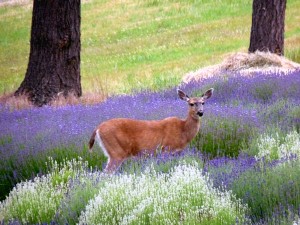 Not everything at the B&B called Between the Covers happens between the sheets.

Margriet Ruurs is not as famous as Emily Carr and Susan Musgrave, but it’s not for lack of effort.

An avid traveller who has written more than thirty books, Ruurs was born in the Netherlands on December 2, 1952 Ruurs started writing stories when she was six but only learned English at age nineteen.

Since her arrival in Canada in 1977, she has lived with her family in California, Oregon, Northern Alberta, Kananaskis Provincial Park, the Yukon and the Okanagan.

Since her arrival in B.C. in 1990, she has gained her MA in Education degree from Simon Fraser University; taught creative writing at elementary schools; and taught Writing For Children courses at Okanagan University College. Around the turn of the century, Ruurs created an online magazine for children in which they share their own stories and poems. Conceived as a project for her Masters of Education from Simon Fraser University, this ongoing publication called Kidswwwrite attracts submissions from children all around the world.

In 2014 she received an honorary fellowship from Okanagan University in Kelowna for her volunteer work on this project.

Ruurs output has arisen from a determinedly social outlook.

Typically, while researching a children’s book on mobile libraries around the world, Margriet Ruurs discovered Basarat Kazim who was running an inner city library and a mobile library based in Lahore, Pakistan. Ruurs arranged for used books and teddy bears to be sent to the youngest victims of a Pakistani earthquake. After two weeks in Lahore, Ruurs also initiated a book mark exchange to promote international understanding and friendship. These initiatives gave rise to Along with My Librarian is a Camel (Boyds Mills Press 2006), the cover of which features children and book-toting camels in Mongolia’s Gobi Desert.

Ruurs published three other new titles in the same year, including Animal Alphabed (Boyds Mills Press 2006), a nighttime fantasy and alphabet mystery in which a girl discovers one of her 26 stuffed animals is missing. Relaxing at Between the Covers

Emma at the Fair (Fitzhenry and Whiteside 2006) was the fourth adventure of her plucky, yet addle-brained hen, this time at harvest time at an agricultural fair. Her series of books about a hen named Emma were inspired by a chicken she had when she was living on a farm in Armstrong, B.C. Her title Emma and the Coyote was shortlisted for the 2000 Mr. Christie Book Award and the Canadian National Institute for the Blind Tiny Torgi Award.

In 2001, Ruurs published six new books. In 2014, she found time to publish two more books and contribute a monthly column to Canadian Teacher Magazine to feature a different Canadian children’s author or illustrator in each issue.

Co-written with Katherine Gordon, A Brush Full of Colour, The World of Ted Harrison (Pajama Press 2014) is a picture book for all ages that relates how Canadian artist Ted Harrison was drawn to the far north by the poems of Robert Service and the fiction of Jack London. The view at Between the Covers

Families Around the World (Kids Can Press 2014) is a more typical Ruurs book emphasizing positive community values with an internationalist viewpoint. Its follow-up, School Days Around the World (Kids Can 2015), for ages 3 to 7, introduces fourteen real students experiences a typical school day. Whereas Ana walks for an hour to get to school in Honduras, Johannes attends a boarding school in Germany. Each school experiences is different.

Me and Martha Black (Penumbra Press 2006), with cover art by Ted Harrison, introduced the exploits of naturalist Martha Louise Munger who gave up a well-heeled life in Chicago for the lure of the Canadian north. Eventually married to George Black, who was later made commissioner of the Yukon, Martha went on to receive an OBE for her work with Yukon servicemen during WW1 and, at age 70, became only the second woman elected to Parliament.

One of her best-known titles, Amazing Animals: The Remarkable Things That Creatures Do (Tundra, 2011) teaches that a slug has three noses, an octopus has three hearts, and an earthworm has five hearts – but no eyes, nose or ears. It’s illustrated by W. Allan Hancok of the Comox Valley,

Margriet Ruurs’ convocation address at OUC can be seen at: http://youtu.be/Iucl5emXMfI On this special day I would like to use the words of Dr. Seuss to say:

“Congratulations!
Today is your day.
You’re off to Great Places!
You’re off and away!
You have brains in your head.
You have feet in your shoes.
You can steer yourself any direction you choose. “

When I was little, in The Netherlands, my dad told me stories and my
mom read books to me. They bought me books and took me to the
public library.

The very foundation of my life was built on books.

As I grew older, I wanted to tell my own stories.

“Write them down,” my mother said. She gave me a lined book with
empty pages and encouraged me to write down my stories and
poems.

My teachers encouraged me to write more. With encouragement
and books, I had a good start in life. I was lucky.

This spring I conducted writing workshops in Israel where all the
signs where either in Hebrew or in Arabic. Then I spent two weeks in
China. Seeing nothing but Chinese characters on directional signs,
advertisements, on the packages in the stores, I suddenly felt what

it might be like to be illiterate. I had no idea what was in the
packages in the store, of ingredients or directions. I couldn’t read
the newspaper, even warning signs. I felt helpless, powerless, clueless.

If a child is encourage to read, if he wants to read, then he will be
that much more successful in everything he attempts in life. Fluency
in reading and writing comes through the joy of discovering good
stories. Remember when suddenly the whole world wanted to read
Harry Potter? What a joy that was. A spellbinding story encouraged
people of all ages to curl up with a book and read.

I write for myself, too. I just never stopped writing and now I have 30
books published.

I hope that you write for yourself. The stories of your childhood,
feelings and emotions expressed in a poem, a piece of information
to share with others or just for yourself.

When I travel to developing countries it strikes me that, the very
first thing they do, after providing for shelter, food and water, is try
and collect books.

All over the world, villages try to build libraries.

Mobile libraries in the most astounding shapes and sizes attempt to
bring books to people. There are book boats in Indonesia. A camel
library in Kenya, even an elephant library in Thailand. I have seen
libraries on motorbikes and donkey carts. I have helped to deliver
books to nomads in Mongolia’s Gobi Desert, where the literacy rate
is 98%. This fall I hope to travel with a book bus, bringing books to
villages around Zambia.

Access to books is fundamental to our development, our well being
and our success in anything we achieve in life, a resource all children
have a right too.

And it should be the cornerstone of education in North America. It is
of grave concern to me that more and more of our school libraries
are closing. Budget cuts lead to reduced access to books for our
children, here in the developed world.

A school library open for half a day a week? Library closed because
no one can help the students to check out the books that are in the
shelf. I find this mind boggling when reading and writing are the very
foundation of everything we are teaching them.

I hope that, among the many things you will accomplish in your life,
you will put books in the hands of children, tell them stories and help
them to discover the joy of reading, of storytelling , and of writing
stories down.

I would like to leave you with a poem I wrote to tell you how I feel
about books:

Open the cover of the book in your hands,
bridge to unknown and wonderful lands.
Travel through countries of wisdom and fun,
nights full of darkness, days full of sun.

Turn each page full of wonder,
follow its road to up yonder
where mountain tops talk to the sky
whispering a wondering “why”?

Treasure chest of make-believe places,
meeting new and familiar faces. Reach
for a book on the shelf—
Discover the world, discover yourself.