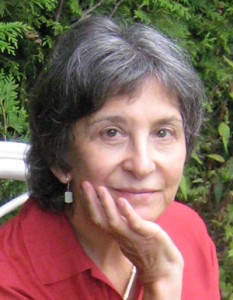 Professor Emerita Dr. Sheila Delany brings back to life the long lost authors and stories of centuries past in her books and translations. Her latest work translates a novella by poet and journalist Sylvain Maréchal (1750–1803), who, during the early days of the French Revolution, wrote satirical, sceptical studies of the lives of female saints in order to discourage religion.

The Woman Priest (U of Alberta, $19.95) is set in pre-revolutionary Paris and tells the story of a young woman who falls in love with a priest. She concocts a plan to dress as a man and enter his seminary in order to be near him. So successful is the undercover protagonist that she is invited to become a fully ordained Catholic priest. Never mind that this is a career forbidden to women then as now. The story ends in New France, which fell under the rule of Britain during Maréchal’s lifetime.

The Woman Priest is bitingly critical of religious institutions and unflinching in its views of hypocritical French society. Publicity for the book states: “With thorough notes and introduction by Sheila Delany, this first translation of Maréchal’s novella, La femme abbé, brings a little-known but revelatory text to the attention of readers interested in French history and literature, history of the novel, women’s studies, and religious studies.”  978-1-77212-123-0 Delany retired from SFU as an English department instructor in September, 2006. Two medieval journals, an American and a Canadian, marked the occasion with special issues honoring her career: “Exemplaria” 19 (2007), ed. Lynn Arner, and “Florilegium” 23 (2008 for 2006), ed. Christa Canitz.

She spends as much time as possible in the East Bay (Berkeley-Oakland) where her son and grandson live. In autumn of 2009 she travelled to Cassis (Provence) to complete a project under the auspices of the Camargo Foundation.