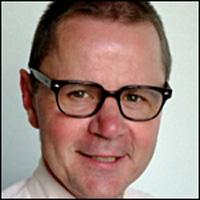 Everything about Ian Thow was big.

The investment adviser’s house was a $5.5-million waterfront mansion outside Victoria, with four bedrooms and seven bathrooms. There was a dock on the Saanich Inlet for his yacht, a seventeen-metre Sea Ray that would sleep six, and two smaller boats.

The seven-acre property had a pad for Thow’s Jet Ranger helicopter. There was a shiny collection of cars—four Mercedes, two Escalades, a Porsche, a Corvette, and more.

And Thow had a fleet of three airplanes, including a $12-million Citation X that could carry nine and was the fastest non-military aircraft in the world. He used it to ferry investment clients to lavish weekend getaways.

Ian Thow was big, sixfoot three inches, way over 200 pounds, a big head with a ruddy face and hair cropped close at the sides. He seemed to be everywhere in Victoria, raising money for charities, pledging big chunks of his own cash for causes, front and centre at every gala, bidding enthusiastically at the charity auctions that were part of the social scene for the people with money.

But biggest of all, it turned out, were Thow’s lies.

Ian Thow had a flair for self-publicity, and a confidence and boldness rare in quiet Victoria.

Thow started getting noticed in 1993, when he was promoted to manager of the local Investors Group office at thirty-three, a coup for a young salesman.

He started to indulge a penchant for living large—building a profile, going to the right events, attracting media attention. He pledged money to charitable causes, organized dinners for the homeless, hung out with police, and led the Crime Stoppers program.

But Thow was still just a mutual fund salesman, one whose last business effort, a travel agency, had ended in bankruptcy. A good salesman—and Thow was a great salesman—could earn an excellent living selling investments to people looking for a comfortable retirement.

But not enough money to pay for yachts and flashy charitable donations and a seat at the social-circuit table with Victoria’s old money.

Don Jenson, Thow’s former supervisor at Investors, had recommended the promotion to branch manager. But Thow’s spending surprised him. “I could see his lifestyle changing. He was driving bigger cars and he bought a yacht, which I couldn’t afford as a regional manager. People began asking questions.”

When Thow suddenly resigned from Investors in 1998, it made the local business pages, along with questions about his next move.

A month later, Thow announced he would be heading British Columbia operations for Toronto-based Berkshire Investment Group. Founder Michael Lee-Chin, starting with $400, had used the investment company to become a billionaire.

Thow expanded the Berkshire office, and kept up his literally high-flying lifestyle, while building a media profile as a businessman and philanthropist.

All that charitable work kept him in the news. And built trust.

He was always there, ready to shave his head for Cops for Cancer if business friends would donate $20,000, or race shopping carts to raise money for a food bank.

And he was a big friend of the police. After one of Thow’s “ride-alongs” with officers, he decided to raise $100,000 to buy the Victoria Police Department a boat for marine operations. “It actually took me about two hours to raise the money,’” he boasted.

The charitable operations kept getting bigger. Thow said he raised $1.1 million for a special fund at the Royal Roads University Foundation to honour Alex Campbell, the founder of Thrifty Foods grocery chain, and a highly respected business leader on Vancouver Island. He created the Greater Victoria Police Foundation and announced $2 million in donations to provide better equipment for officers.

When former NHL players Russ and Geoff Courtnall launched a campaign to raise money for mental health services—their father had committed suicide—Thow jumped in. He pledged $100,000, donated the use of his yacht, and stood up at a gala dinner to announce that he would offer an auction item—a trip to Maui on his private jet and a stay in a luxury hotel. But only if one of the celebrities at the dinner agreed to go with the high bidder. Nickelback’s Chad Kroeger and Keifer Sutherland both stepped up, and the package went for $35,000.

“We thought he was a paragon of virtue,” a client said later. “He was running Crime Stoppers and he was always donating to these various charities, and he just seemed, like, you know, the man of the hour.”

Thow flaunted his success and wealth. He flew clients and prospects off to the $1,100-a-day West Coast Fishing Club, or on wildly lavish weekends in Las Vegas, where he bought the most expensive wines, even a $10,000 bottle of Scotch.

And he made much of his friendship with billionaire Lee-Chin, and his title of senior vice-president and member of the Berkshire advisory board.

No one looked too hard at how Thow—still really a mutual fund salesman—was finding all this money.

Even when Thow started offering some clients, including ones dissatisfied with the performance of the funds he had sold them, a chance to make huge returns with “special investments.”

Some were offered a chance to make short-term loans to Vancouver developers. Safe, secure, and a ten-percent return in just three months, Thow promised.

Thow told others of a hot opportunity. He could help them buy shares in the National Commercial Bank of Jamaica. Lee-Chin had bought majority control in 2002; big things were about to happen.

There were other stories, other offers, all alluring.

All the deals had two things in common. The cheques were to be made out to Thow, or his personal company, not Berkshire.

And the investments didn’t exist.

Thow used charm and persuasion—and the trust created by his public persona—to gut his victims, getting every dollar possible.

Shirley Garwood and Helena Kells were typical. Thow had managed their money for years, and they had followed him from the Investors Group to Berkshire. He visited them at home, called them his “favourite ladies,” and told them he would always look out for them.

In 2004, Garwood was sixty-five and Kells was seventy-seven. They were worried about the poor performance of the mutual funds Thow had sold them.

And he offered a solution—short-term loans to developers, safe and lucrative.

They had no money. But Thow said they could sell their Berkshire investments, cash in their RRSPs, and mortgage the house they shared.

And the sisters, living on fixed incomes, did, handing $465,000 to Thow after he repeatedly visited their home and pressed his case.

Investor after investor later told of accepting Thow’s advice to remortgage their homes or open giant lines of credit. He had an in at Scotiabank and could get loans even for people with little income and no prospects for repayment. One client got $50,000 to give to Thow, when other banks wouldn’t even approve his credit card applications.

Thow had crafted a stellar reputation, and had an uncanny gift for judging what would work with each mark—a Vegas weekend, an apparent interest in helping with personal troubles, flattery.

When people got nervous or asked questions, Thow put them off, or told them he had reinvested the money so they would make even more. Pressed hard enough, he would come up with some of the money or fly them to Jamaica to see the bank meeting with Lee-Chin.

But it couldn’t last. In September 2004, a lawyer who had done work for Berkshire heard a disturbing tale on the golf course.

Lou Vavaroutsos, owner of successful car dealerships around Toronto, said Thow had invited him and other dealers to go salmon fishing. They had been talked into putting in at least $2 million for shares in the National Bank of Jamaica. Now they couldn’t get Thow to deliver the shares or their money.

The lawyer called a former Berkshire senior manager. He called company executives, including Lee-Chin, to alert them. And he called Thow.

Thow was a fixer. You can have your money back, he told Vavaroutsos. But only if you tell Berkshire the golf course complaint was a misunderstanding. Berkshire’s internal investigation was anemic.

That bought time. Time that Thow used to steal money from more people.

Seven months later, though, there was another, similar, complaint. Thow tried to stall and negotiated a deal to repay the money in return for silence. But he knew more disgruntled “investors” would soon be coming forward.

Summoned to a meeting with Berkshire brass in Toronto, Thow refused to answer most questions and resigned. The company agreed to postpone the official date of his resignation for a month and conducted no further investigations. (Although in later public statements Berkshire claimed it was investigating.)

The floodgates opened. People who had given money to Thow started suing. By Canada Day in 2005, four groups had filed suits claiming they had lost $2.9 million.

It was the tip of the iceberg. By the end of the month, that had climbed to $42 million.

And those big charitable donations turned out to be hot air. More than two years after Thow was feted for raising $1.1 million to honour Campbell, the Royal Roads University Foundation admitted it had received only $77,000. Media reports that Thow had raised $2 million for the police foundation were false. Even a $500,000 pledge to a hospital foundation that Thow had said was in memory of his mother went unpaid.

A blizzard of lawsuits was filed as Thow and creditors fought in court. The RCMP and the British Columbia Securities Commission launched investigations.

And then Thow vanished. On September 8, four days before he was supposed to present a bankruptcy plan, Thow loaded two trucks with TVs and other possessions and crossed the US border at Blaine, Washington, after midnight. The RCMP had asked to be alerted if he tried to leave the country. But by the time an officer made the forty-five-minute drive from Vancouver, Thow was gone.

It was another blow for Thow’s victims. Their lives had been shattered and savings built over decades stolen. There were divorces, depression, lost homes, lost trust, lost confidence.

And Thow was living in luxury condos, first in downtown Seattle, then in Portland’s trendy Pearl District. He was driving new SUVs, flying to Las Vegas and Jamaica. The investors couldn’t get at any money, but Thow could.

Incredibly, he even found work as a mortgage broker in Seattle—a job that gave him access to the financial information of a new set of prospective victims.

Less incredibly, Thow continued to spin a web of lies. He told a neighbour in Portland that he was a retired Microsoft executive, pals with Bill Gates, and had a twenty-one-metre yacht and homes in Seattle, Aspen, Mexico, and the Caribbean.

Back in Canada, his victims waited. And waited. The British Columbia Securities Exchange hearing on the fraud didn’t happen until more than two years after Thow fled the country. Berkshire was eventually fined $500,000 for failing to investigate when first warned of problems. The company’s neglect allowed Thow to steal another $6.3 million. Thow was fined $6 million, reduced to $250,000 on his appeal. It didn’t matter; he would never pay.

The RCMP and prosecutors were even slower. It was not until June 26, 2008, three years after Thow had been exposed, that he was charged with twenty-five counts of fraud over $5,000. It took another eight months before United States marshals arrested Thow as he prepared to set out on a morning jog.

And it wasn’t until March 1, 2010, almost five years after Thow fled the country, that he finally pleaded guilty and was sentenced to nine years in jail.

But white-collar criminals—even ones who show no remorse—don’t stay in jail long. Thow got double credit for time served in custody before his plea, and was released on full parole less than three years after he was sent to jail.

For his victims, the damage will last a lifetime.