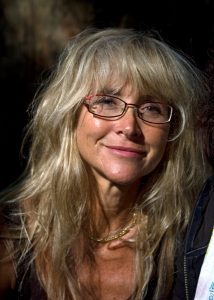 The audiobook of Arianna Dagnino’s novel The Afrikaner (Guernica $20), set in Namibia and South Africa and reviewed in BC BookWorld in 2019, will now be available in 2021 narrated by South African voice actor Dennis Kleinman. A German translation of The Afrikaner, translated by Heddi Feilhauer, will be published by PalmArtPress (Berlin) this spring. Italian and Arabic translations will follow in the summer. There is also a new screenplay version of the story re-titled as “Zoe The Afrikaner” which departs from the novel. It is hyped as “Heart of Darkness” meets “Casablanca” in the Namibian wilderness.

In this new draft, Zoe’s lover, Dario, doesn’t die at the beginning of the story. Instead, Zoe is sent to check on him in northern Namibia by her new American boss (like Marlow is sent to the Congo to look for Kurtz in “Heart of Darkness”) so it becomes a journey in which she is looking for herself while looking for someone else. Zoe is a more troubled and complex character than in the novel. She has a slight drinking problem, unsure about what is real and what is just a figment of her perhaps distorted imagination, further worsened by her crushing sense of white guilt and privilege. 978-1-77183-357-8