An American in Afghanistan 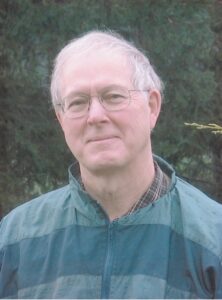 Set in the U.S. war against the Pashtuns/Pukhtuns in Afghanistan (2001 – 2021), David Rae Finn’s novel The Leopard’s Daughter: A Pukhtun Story (self-published $30.86) is about an American surgeon of Pashtun/Pukhtun descent, Mohammed who joins the US Special Forces as a front line medic in Afghanistan. Mohammed’s Muslim faith and background already have him on a secret CIA watch list dubbed OWL (Others Watch List). This leads to his Afghan base commander’s suspicions, which get out of control when the commander sees Mohammed conversing and praying with, then physically defending Afghan civilian villagers against murderous company soldiers. While on the road, Mohammed survives a cross border ambush unaware it targeted him. A passing Pashtun family is swept up and fights alongside him. Mohammed is called upon to save the life of Shahay, a knife wielding widow of the family who’s finished two ambushers before suffering an arterial slash. Shahay’s brother invites Mohammed to their Bajaur home (just across the border in Pakistan) to oversee her recovery. Welcomed as an esteemed guest, Mohammed is drawn to Shahay and her family. His visit unknowingly sets in motion a CIA private contractor operation aimed at discovering Mohammed’s true allegiance. The operatives’ task, to discover Mohammed’s motives, brings horror to her family and gruesome deaths to the people of Bajaur. 9780992039080