All hail the middle of the road

Most Canadians don't realize the extent to which the federal Liberal Party has been dominant for 118 years. 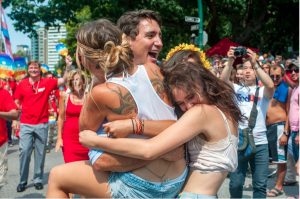 In The Canadian Party System we learn only three leaders in that party’s entire history have not become prime minister. 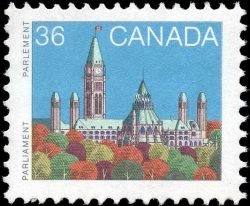 Few political parties in countries within the Westminster political system have been as successful over the course of the twentieth and twenty-first centuries as the Liberal Party of Canada. Not only have they governed for ninety of the previous 118 years, but only three leaders in the party’s entire history have ever not become prime minister.

Even when suffering historic election defeats as they did in 1958 and 1984, the federal Liberal Party bounced back, never remaining in opposition for longer than nine years.

While standard political science theories of party systems suggest that the Westminster model will trend towards two dominant parties, what is remarkable about the Liberals is that rather than being a party of the right or the left, they were — and remain — a party of the ideological centre, consistently fighting off attacks on both their left and right flanks. Furthermore, the Liberals have faced not one consistent opposition but an array of insurgent parties that rapidly attracted substantial support in certain regions of the country, and in most instances just as rapidly lost it.

This fractionalized and unstable nature of the Canadian party system also seems to defy standard interpretive theories. But how much does Canada actually depart from the political norm? And if indeed it does depart from the norm, as the examples above suggest, why? 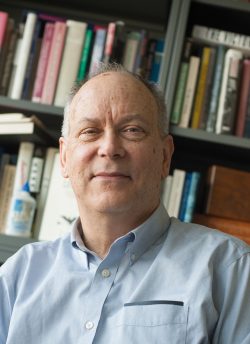 It is these questions that University of British Columbia political scientist Richard Johnston addresses in The Canadian Party System: An Analytical History.

For Johnston, the nature of the Canadian party system is fundamentally shaped by three main forces. The first is the electoral logic within the Westminster system which rewards parties for developing concentrated support in one geographic region and punishes parties with broad national support but not an overwhelming voting base in any region. Alternatively, however, the parliamentary logic of the system pushes parties in the other direction due to a tendency to produce one-party governments with a tremendous amount of power, thus encouraging all parties to aim to form government by competing nationally.

The second force is that, despite creating a system that should encourage voters to act on a riding level, where they can have the greatest effect, Canadians instead act on a national, or at least regional level, where each individual has almost no effect. Finally, for Johnston, the historical context within which parties act matters, and the party’s past shapes how they respond to subsequent issues in what he calls “reactive sequences.” Ultimately, for Johnston, “the upshot is [that] history counts….” (pp. 133, 239-242).

Taking these three factors into account, Johnston makes a series of arguments to explain the nature of the Canadian party system and its evolution. While he lists ten specific arguments in his conclusion, these can be summarized in four broad themes. The first group of arguments addresses the Liberal Party’s electoral dominance, which Johnston explains as a result of the party’s consistent ability to win the majority of seats in Québec combined with extensive support from non-francophone Catholic voters.

But as Johnston details in his second group of arguments, Québec also plays an important role in shaping the Conservative Party’s electoral fortunes, which are determined by whether Québec swings for the party or not. If it does swing for the Tories, as Québec did in 1930, 1958, and 1984, then the Conservatives win a majority government. However, when Québec inevitably swings back to the Liberals, the Conservatives’ seat totals collapse, as they did in 1935, 1962, and 1993. According to Johnston, it is this cycle of Conservative Party victory and defeat that gives the Canadian party system its extremely volatility.

Québec’s willingness to vote en masse for one party is not the only factor leading to long-term instability. Rather, what Johnston calls “insurgent” parties with short life spans and a geographic focus also lead to instability, as he details in his third group of arguments. These insurgent parties compete almost exclusively with the Conservative Party for votes, and they cycle in reverse to the Conservatives’ fortunes to contribute to the system’s volatility.

One insurgent party stands apart from all the others: the left-wing Co-operative Commonwealth Federation, founded in 1932, which morphed into the New Democratic Party (NDP) in 1961. A traditional party of the left, the NDP’s growth, while slower than expected, mirrors that of other leftist parties in Westminster systems. Johnston argues that the CCF/NDP competes almost exclusively with the Liberals for votes, which makes it the primary factor leading to the fractionalization of the electorate in Canada. 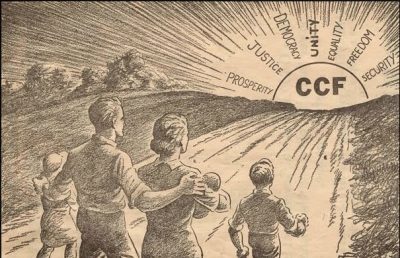 Overall, Johnston combines these four thematic arguments to provide a sweeping and in-depth explanation of the Canadian party system as it evolved over the twentieth century. It is his historical emphasis that makes this book such a valuable contribution to the relatively limited literature of Canadian political parties.

To me, as a historian of Canadian politics, I welcome this analysis of the volatility and fractionalization of the electorate – and I am also surprised that the atypical example of the Canadian Party System within the Westminster system has gone understudied for so many years.

Johnston’s bibliography reveals that much of the literature on Canadian political parties is now decades old and mostly qualitative in its analysis. One such example is the brief (1920-1930) history of the Progressive Party, where only one monograph and a limited number of unpublished graduate theses exist. 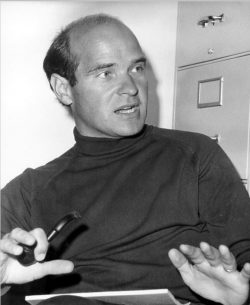 While the work by scholars such as C.B. Macpherson, W.L. Morton, Walter Young, and Reginald Whitaker on Social Credit, the Progressive Party, the CCF, and the Liberal Party respectively are excellent, they are exclusively qualitative and do not focus on the interactions between the parties.

Moreover, much of the political science research done explicitly on Canada’s party system is over forty years old, written before the rise to dominance of quantitative analysis in academic political analysis, which makes The Canadian Party System: An Analytic History a much-needed intervention in the field and invaluable for anyone seeking to understand Canadian politics in the twentieth century. Johnston’s expertise in the methods of political science allows him to quantitatively assess important questions regarding voter behaviour and identity that could only be inferred using traditional methods of historical research.

As a historian of Canadian political parties, I find Johnston’s prose clear and straightforward. He states succinctly his main argument for each chapter and for the book as a whole. But of course I am his intended audience! Johnston is writing for a scholarly audience. His detailed quantitative analysis, his discussions of methodology, and his extensive use of charts and graphs will make some sections of the book undecipherable to anyone without statistical training. Having said that, it is just this detailed analysis that makes The Canadian Party System such an important scholarly contribution. Johnston explains to his reader the need for and significance of his statistical analysis, and his intended scholarly audience will find this book invaluable.

Ultimately, Johnston has written a book that will be required reading for students of Canadian politics for decades to come. In identifying and explaining the role of the Liberal and Conservative parties and their relationship to Québec, while also highlighting the importance of what he calls “insurgent” third parties, Johnston provides a valuable explanatory framework for the unique nature of Canada’s party system.

As with any well-produced piece of scholarship, Johnston’s book also opens up further research possibilities. He highlights the role of history and provides a robust and flexible theoretical framework, and other scholars and writers will enlarge Johnston’s insights or interpret them for a general reading public. Historians and political scientists might explore the role, for example, of race, class, and gender in shaping how and why certain regions were receptive to particular insurgent parties at various times.

Johnson readily admits that The Canadian Party System, as a work of analytical history, is not predictive of the future, but he does pose important questions that stem from his analysis, such as how will the Liberal Party’s inability to maintain voters among Catholics and Québecers affect the party’s electoral fortunes, and what effect will this change have on Canadian politics as a whole? Johnston leaves those questions to other scholars.

By revealing the dynamic and volatile world of Canadian political parties, Johnston has created a solid and overdue analytic foundation in The Canadian Party System that other political scientists and political historians will build on. 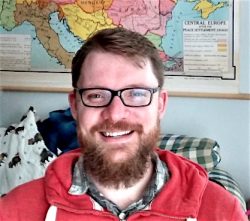 Adam Coombs was educated at Carleton University (B.A. Honours) and at the University of British Columbia, where he did graduate work in twentieth century Canadian politics and ideology. Adam now works in Ottawa where he is also co-host of the Tuesday Morning Special Blend on CKCU FM 93.1, which features a mix of talk, music, political commentary, and interviews. 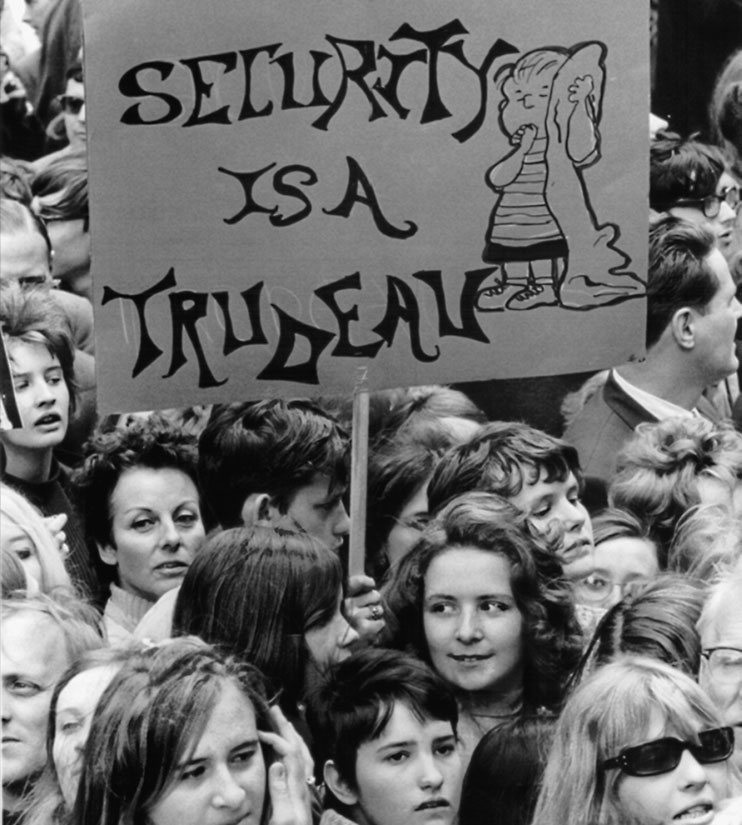