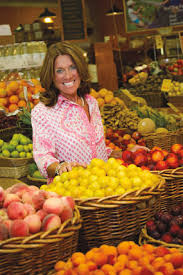 Shelley and Mike Adams are the former owners of the Whitewater ski hill near Nelson, B.C. There she ran the Fresh Tracks Cafe, drugs having had training and experience as a chef at Whistler and in the film industry. They sold the ski hill in 2008,enabling her to spend more time on cookbooks. Shelley Adams’ first cookbook, Whitewater Cooks: Pure, Simple and Real Creations from the Fresh Tracks Cafe was first self-published and reputedly sold 5,000 copies within its first season before Whitecap Books took it under their imprint. It was reviewed in the New York Times, Globe & Mail and most of the culinary magazines and ezines. More Magazine featured Shelley Adams in their February 2009 issue, calling her “the chef on skis.” She opted to self-publish her second title, Whitewater Cooks at Home in early March of 2009, as well Whitewater Cooks with Friends. In her latest cookbook, Whitewater Cooks with Passion (Alicon Holdings/Sandhill $34.95), Adams continues to share ambience, flavours, ingredients, conversation, wine, laughter and recipes. 978-0-9811424 -2-5