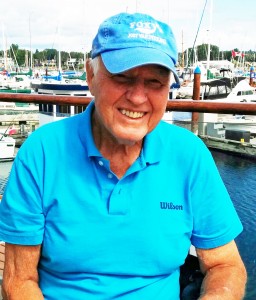 Bill Hapgood was born in Trinity Bay on the Quebec north shore. He grew up in Ottawa. After graduating at Carleton University, medications he worked in Windsor, Oshawa, Toronto then Vancouver where he began sailing with his wife and children. Their first extended sailing trip came after the Hapgoods moved back to Toronto. They took three months off and sailed to Alaska and back via Haida Gwaii, getting hooked on sailing in the process. After three years in Toronto, they longed to get back to the West Coast for more sailing. Three Years At Sea (Friesen Press 2016) is the true story of the Hapgood family’s adventure aboard their 29-foot sailboat. Relying solely on a sextant and compass, they navigated from Whitby Ontario, out the St. Lawrence River to the Caribbean. Then they crossed the Atlantic to England, went through the canals of France to the Mediterranean and down the coast of Africa. From there they crossed the Atlantic again to South America, through the Panama Canal and up the coast of the Pacific to Victoria on Vancouver Island. Having been frequently invited to be a speaker on television, radio and to interested groups, Hapgood was encouraged to publish a book.  978-1-4602-7389-0