A chest full Of hope 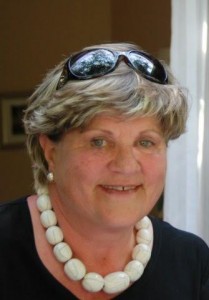 Born in Germany during World War II, Gerti Herrlich was twenty years old when she left her family and friends to follow her fiancé Karl Fuss to Australia in 1960. She packed her belongings into a sturdy wooden crate and carefully painted the shipping instructions on the outside. For over fifty years, this “chest full of hope” stored Gerti and Karl’s most precious belongings. A Chest Full Of Hope (Self-published $25) recounts Herrlich-Fuss’s life journey, from struggling to learn English and make a living in Australia to moving to Canada where her family flourished. Soon after the birth of their second child in Australia, the family made the decision to immigrate to Canada, following a brief return to Germany. The Canadian immigration office in Cologne presciently felt they were the ideal couple, as Karl was a tool & die maker and Gerti was trained in the hospitality industry. Within four months they got their immigration papers and in 1965 the family arrived in Vancouver. It took one day for Karl to find a job in his trade and two years later the couple bought a house. In 1974, Herrlich-Fuss joined Umberto’s Restaurant on Hornby Street, soon becoming the manager for his restaurant empire. In 1988, Herrlich-Fuss and her husband moved to Saltspring Island to open The Old Farmhouse Bed & Breakfast guesthouse. Featured in over 29 travel magazines around the world, the couple ran the guesthouse for 16 years before moving to Victoria to retire. In addition to Herrlich-Fuss’s stories, this funny and touching memoir contains over 120 recipes, including some from The Old Farmhouse Bed & Breakfast.  978-0-9869318-0-2