A return to Burns Lake 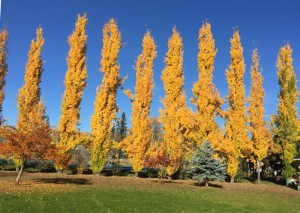 “Laura didn’t feed us information,” said hereditary chief Ronnie Alec, “and she didn’t make us feel worse. She just listened, and we told her the truth.”

If one considers the importance of Joan McEwen’s book about how and why Ivan Henry was wrongfully imprisoned for 27 years, she would certainly deserve to be in the running for ‘BC Author of the Year,’ if such a contest existed. McEwen first heard about the plight of Ivan Henry in 2010 following his acquittal by the BC Court of Appeal. Her book, Innocence on Trial: The Framing of Ivan Henry (Heritage House $22.95) detailed how failings of the justice system—police, lawyers, prosecutors, judges, politicians, etc.—have ruined much of Henry’s life.

Now she’s again raising her voice to suggest that society ought to afford more scrutiny to a controversial legal situation.

On November 26, 2015, the National Observer published lawyer Joan McEwen’s article entitled “Waiting to be Heard” about the ongoing legal battles arising from allegations made by journalist Laura Robinson, first aired in Georgia Straight, about the actions of 2010 Olympics head honcho John Furlong when he worked in northern B.C. among First Nations children.

Again, Joan McEwen has gone where mainstream journalists have not been encouraged to go. She has visited the Burns Lake area to meet First Nations people in order to investigate the validity of accusations that were raised in Laura Robinson’s controversial article.

Here is her report that aired in the National Observer.

In September 18, 2015, Madam Justice Wedge of the B.C. Supreme Court dismissed an action brought by investigative journalist Laura Robinson against John Furlong, CEO of the Vancouver Organizing Committee (VANOC) for the 2010 Olympics.

Furlong declared himself vindicated and, on October 30, Geoff Plant, the former Attorney-General of B.C., wrote in the Globe and Mail that a door had closed on a particularly nasty part of Furlong’s life—nasty in that he had been unfairly vilified by Robinson.

Opinions differ on the judgment, but one thing is clear: The voices of the First Nations alleged victims have never been heard. Yet, though not a single one of these people has testified in court, they have been discredited—both by the judge and in the court of public opinion.

A thumbnail sketch of the chronology is in order. In September 2009, shortly before the February 2010 Olympics, Robinson received a tip that Furlong had worked as a Catholic missionary somewhere in Northern B.C. when he originally came to Canada. Finding nothing on the Internet about that, she dropped the matter.

In February 2011, while writing a review for his book Patriot Hearts, co-authored by journalist Gary Mason, it struck her that certain information regarding his background, arrival in Canada, and work experience appeared to be missing or did not make sense. Her research revealed that he had come to Canada as a Frontier Apostle missionary, and had taught at a Catholic elementary school in Burns Lake (1969-1970) and, from there, a Catholic high-school in Prince George.

In April 2011, Robinson wrote the review as well as an op-ed for the Danish organization, Play the Game.

After interviewing by phone eight people, Robinson travelled from Ontario to Burns Lake in April 2012. She took statements from eighteen individuals who alleged abuse by Furlong at one or both of the schools.

On September 26, 2012, the Georgia Straight published her article, “John Furlong Biography Omits Secret Past in Burns Lake”—featuring allegations of psychological and physical abuse (only) against Furlong. Mollie Charlie with pot of soup welcomed Joan McEwen along with Mollie’s sister Virginia (left) and Cherill Greening of the Tsimshian First Nation.

On November 27, 2012, Furlong sued Robinson for defamation (Furlong v. Robinson). In his Notice of Civil Claim, Furlong asserted that the First Nations’ allegations of abuse were without merit. In Robinson’s Defence to Civil Claim, she relied upon the statutory declarations sworn to by eight of the former students.

On March 31, 2015, Furlong dropped his lawsuit against Robinson.

Meanwhile, Robinson, having sued Furlong in January 2014 for defaming her (Robinson v. Furlong), pressed forward with her suit. The two-week trial (which I attended) took place in June 2015. (In that second action, Furlong raised, as part of his defence, the disposition of the one criminal complaint and three civil suits brought against him in respect of alleged sexual abuse. Those matters, however, formed no part of Robinson’s Georgia Straight article, the article on which Furlong’s lawsuit was based.)

Among my many concerns with Madam Justice Wedge’s decision is this. Notwithstanding the narrow issue at trial—Did Robinson’s attack on Furlong justify his counter-attack?—the judge remarked at length on the overall unreliability, given the many years that had passed, of the First Nations’ accounts of alleged abuse.

Geoff Plant described the judge’s decision as “careful” and “methodical”; said that it amounts to a “textbook on how not to do investigative journalism.”

However, a central conclusion of the decision was that Robinson, prior to going to Burns Lake for the first time, had “telegraphed her intentions” by causing a notice to be posted “announcing the subject of her investigation—childhood abuse—its location, its timing, and the identity of the alleged abuser.” The judge also accepted the testimony of Dr. John Yuille, the memory expert called by Furlong, who said that, by arriving an hour late in Burns Lake, Robinson gave those who were waiting the chance to “contaminate” each other’s memories. Memory contamination is a common concern where, for example, multiple victims of sexual assault, usually strangers whose only connection was being victimized in this way, are left together to discuss what happened to them. However, the alleged victims in this case—many of whom are related—lived in close proximity on a reserve for over forty years following the conduct in issue. Can it seriously be argued that being notified ahead of time and being left alone for an hour “contaminated” their memories?

Geoff Plant further wrote that “they (the RCMP) discovered no reliable evidence to support the claims [sic] of abuse.” In fact, the RCMP looked into only one case—the criminal complaint referred to above.

After reading the Supreme Court judgment, I resolved to travel to Burns Lake myself—to hear, first-hand, the stories of the former students. Given the incendiary nature of the sexual abuse allegations, and because they were not part of Robinson’s Georgia Straight article, I chose not to explore that issue in my discussions.

In the near-two dozen interviews I conducted between October 4 and 8, I heard accounts consistent in every respect with those contained in the eight statutory declarations filed in the Furlong and Robinson aborted proceedings.

The stories of abuse I heard brought tears to my eyes.

Stories that, to this day, are deeply etched on the distraught faces of the people telling them.

Without exception, I found each of the First Nations persons with whom I spoke to be thoughtful, reflective, and believable. (I am a lawyer and have practiced for the past twenty-five years as a professional labour arbitrator.)

From their telling, the pain flowed not only from the abuse itself, but also from the fact that, apart from Robinson, no one cared enough to listen (Canadaland’s Jesse Brown has just posted affidavits on his website).

When told about the judgment, they were shocked. How was it possible, they asked, that the judge could reach such a decision without ever hearing from them? No-one in the media asked for their reaction. It felt, to them, as though they did not exist.

Plant wrote that Robinson’s announcement that she would not be appealing the decision was “both graceless and unrepentant.”

On October 19, Robinson announced that, although she had received legal advice supporting an appeal, “Appealing the decision will not accomplish my original goal of sharing the stories of Indigenous people.” What she said was true. When Furlong discontinued, in March 2015, his action against Robinson, he removed the opportunity for her to tell those very stories; to give their version in response to Furlong’s blanket denial. Geraldine and Maurice Joseph welcomed Joan McEwen into their home.

Was Furlong’s decision to discontinue his action any less “graceless and unrepentant” than Robinson’s decision not to proceed with an appeal?

More significantly, Plant stated that Robinson caused “brutal harm” to “those former students who were victimized by her zealotry.”

After reading the article, I contacted the First Nations people to ask for their comments. Without exception, they said that Robinson was there to “help them talk about their stories;” that, finally, they had “someone who cared enough about us to want to hear our stories.” Joan McEwen with Cathy Woodgate, who drafted and signed a letter to the Justice Minister asking that John Furlong step down from Own the Podium pending an investigation into what happened when he was a missionary in Burns Lake, 1969-70.

Hereditary chief Richard Perry said he appreciated that Robinson was prepared to listen. Hereditary chief Ronnie Alec said that, though his people have always tried to avoid talking about their abuse at the hands of the Oblates, seeing Furlong on TV (before the Olympics) “stirred up bad memories, gave us flashbacks about what he did to us… Laura didn’t feed us information, and she didn’t make us feel worse. She just listened, and we told her the truth.” Cathy Woodgate described her as “caring, willing to listen, and very sensitive.”

Indeed, the members of the Lake Babine Nations were so grateful for Robinson’s efforts that, when she returned to Burns Lake a third time, they congratulated her on her story.

It is obvious that Plant has never spoken to, let alone met, any of Furlong’s former students. If he had wished to speak for the First Nations claimants, he should have talked to them first.

Indeed, anyone wishing to speak in the future on their behalf would be well-advised to do likewise.

[This article by Joan McEwen first appeared in National Observer. Republished with permission from the author.]

Meanwhile McGill-Queen’s University Press has undertaken to publish its own edition of the six volumes of the final report of the Truth and Reconciliation Commission in English and French, after the TRC officially releases the report in mid-December. The final report is expected to be over 2 million words with contributions from over 6,750 survivor and witness statements from across the country, after a century of abuse at Indian Residential Schools.

The volumes are published in MQUP’s prestigious Native and Northern Series, founded by the late Bruce Trigger and currently edited by Arthur J. Ray and Sarah Carter, and are available in print and E-book versions.

Commented Philip Cercone, Executive Director of McGill-Queen’s University Press: “This is one of the most important documents to emerge in the history of Canada. These ground-breaking volumes are destined to work towards healing the breach of silence and ignorance that has surrounded these issues for more than a century.”
Canada’s
Residential Schools
Reconciliation
The Final Report of the
Truth and Reconciliation
Commission, Volume 6
December 2015
ISBN: 978-0-7735-4662-2
$27.95 CAD & USD paper

6 Responses to “A return to Burns Lake”