Why I Resigned from the Writers Union 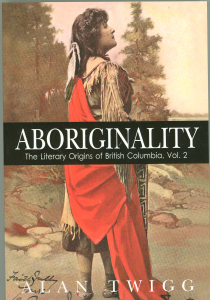 The publisher of B.C. BookWorld wrote the first and only book entirely devoted to the Indigenous authors of one province.

“If you genuinely believe Alan Twigg is somehow not an ‘ally’ of indigenous people, you have absolutely no idea of his life’s work over the past quarter of a century. He has done more to make room for indigenous voices than probably 3/4 of the TWUC membership combined.” — Terry Glavin

“It could be argued that Joseph Boyden–with the possible exception of BC BookWorld’s Alan Twigg–has done as much as any single non- or semi-aboriginal person in Canada to put aboriginal people and their concerns into Canada’s cultural mainstream.” — Brian Fawcett

Recently TWUC went through a debate over adopting a new policy on equity and inclusiveness. I fully support this new policy and wish to see it succeed.

I did, however, take objection to a speech given at a (members only) TWUC function in Vancouver on October 17, 2018.

At this private gathering TWUC’s newly hired Equity, Membership and Engagement Coordinator, Rebecca Benson, a Tuscarora writer, gave what I considered to be a cringeworthy speech. In a nutshell, I believe a far more persuasive case for equity could have been made if the speaker did not address her listeners as if they knew precious little.

When Ms. Benson completed her address, there was no invitation for any feedback. This struck me as bizarre; not in keeping with the traditions of the Writers Union.

I raised my hand and stepped away from the wall so that she might be able to see who it was who wished to comment. No microphone was supplied for responses. Ms. Benson was at the other end of the room. I had to raise my voice considerably just to be heard. It was a very large room.

Given that the speaker was hired to make addresses for my union across the country, and this seemingly was her first public address, I chose to treat Ms. Benson as an adult filling an important union office and address her as a colleague. I began by saying, “I get the feeling you are telling me how to think.”

An event facilitator, likely someone from the Vancouver Writers Festival rather than a fellow member of the Writers Union, began waving her hands in my face and telling me to stop. I tried arguing that I had a right to speak as a union member for more than 35 years.

If there is one organization in Canada that ought to understand and respect the vital importance of free speech, surely it ought to be TWUC, an organization that has grown in stature due to the leadership of such free thinkers as June Callwood, Pierre Berton and Jane Rule. But my fellow TWUC members all behaved as if suppressing free speech was normal and good.

It was at that moment that I knew I would soon be quitting the Writers Union. None of my comments from that moment forward were directed towards Ms. Benson. I was entirely engaged with those people who were seemingly self-designated as representatives of the Writers Festival to be empowered to orchestrate the proceedings of a private, members-only Writers Union event. Invitations had been sent to attend an official Writers Union event (not open to the public).

There were no profanities. I did not come in contact with any other person at any time. Nonetheless, one male Writers Festival volunteeer–a local bookstore employee who was definitely not a member of our Writers Union–threatened me with physical removal if I persisted in trying to speak. At that point I fell silent, wanting to avoid a fracas. TWUC members did and said absolutely nothing throughout; thereby exhibiting their tacit approval of the fact that no audience response should be permitted to Ms. Benson’s address.

Nope, I am not making this up.

It was certainly not the loudest and certainly not the longest disturbance ever to occur at a TWUC event, but a Toronto TWUC member named Dave Bidini issued a post on his Twitter feed saying there had been an “ugly” event at a Writers Festival party. It was alleged that some man named Alan Twigg made racist comments to an Indigenous writer. (Bidini had to ask a fellow TWUC member who I was.) Many of Mr. Bidini’s hundreds of Twitter followers subsequently took his accusation at face value. I soon received hate mail.

A few of the haters launched a campaign to urge advertisers to boycott the BC BookWorld newspaper. Some of the haters idiotically tried (unsucessfully) to have BC BookWorld removed from the  BC Ferries because I have published BC BookWorld for and about the B.C. literary community since 1988, while also compiling a public service reference site for about more than 12,000 B.C. authors…

If anyone cares to read the thousands of pages I have written and/or published about Indigenous authors and First Nations’ issues over the past 40 years, while compiling reference entries for more than two hundred indigenous authors of British Columbia, they might be able to make a fair assessment of whether or not I am a racist. Instead a Globe & Mail reporter who was not present at the end proceeded to act as a reporter for the event. Marsha Lederman’s skewed reportage on a private Writers Union event that she did not attend now serves as the main public record of the “event.”

Hence I am obliged to write what you are reading.

Unable to substantiate how or why my truncated effort to improve Ms. Benson’s didactic presentation constituted racism, Dave Bidini proceeded to fabricate an outrageous quote for his Twitter followers, allegedly gleaned from a brief parking lot conversation, whereas I was depicted as someone who feared Indigenous people wanted to “boot us off our land.” In a Trumpian age, apparently many people are more than willing to believe an outrageous lie.

Since then Holocaust survivor and Canadian author Irene Watts has opined, “To call Alan (Twigg) a racist with the kind of progressive work he has undertaken over the years is slanderous.” If Dave Bidini had done any research, he would have discovered I have published and written a great deal more to promote awareness of First Nations-related literature than almost any other member of the Writers Union. I am not entirely sure why I was made a member of the Order of Canada, but it might be because in 2005 I published the first and only book entirely devoted to Indigenous authors of one province, Aboriginality: The Literary Origins of British Columbia.

Mr. Bidini was made aware that his tweets were libelous. Cautioned by the likes of Margaret Atwood and Douglas Gibson, Mr. Bidini withdrew his tweets. By then, much damage has been done. I told my libel lawyer to stand down but the self-righteous haters made their hay, knowing precious little about what actually happened, who I am, or what I have stood for over four decades of writing. And Ms. Lederman’s opportunistic, non-eyewitness report remains.

Over the years I have had the honour of organizing the presentation of the George Woodcock Lifetime Achievement Award to Jeannette Armstrong, making her the first Indigenous writer in BC to be so recognized, in 2016. I have since compiled a manuscript of more than 1,000 pages about Indigenous and First Nations books pertaining to British Columbia, a book that is far too big to publish. There are now at least 270 Indigenous authors in B.C., and more than 60 Metis authors in B.C. — because I’ve been keeping track.

I will continue to provide preferential treatment ­ ­ to books from and about Indigenous societies and individuals, as I’ve been doing non-stop in every issue of BC BookWorld, since 1987, and I will do so at my  own discretion, not because of any governmental dictum.

Similarly, I will continuously work towards enhancing awareness of First Nations problems and Indigenous writers, as I’ve been doing for decades, not because my Writers Union insists on telling me what, or how, to think, but because I am a man of free intelligence. 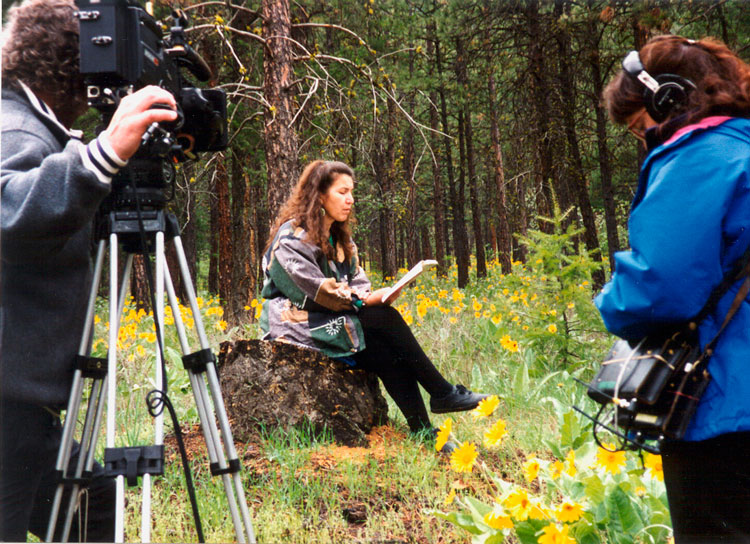 I objected to the didactic delivery of Ms. Benson’s speech, not to the principles the speaker had been hired to discuss. This speaker, in my opinion, inferred that her audience harboured prejudices against First Nations and against Indigenous peoples, and such attitudes had to be acknowledged and expunged.

TWUC’s representative therefore pre-judged her audience and presumed we all required re-programming.  It was this prejudice that I wished to discuss with her, in public. I did not remain within the Writers Union of Canada for almost forty years ago in order to be part of a social engineering experiment in which I was being told what and how to think.

I regretfully resigned from the Writers Union, sending them a donation in the process.

“Falsehood flies, and the Truth comes limping after it.” — Jonathan Swift in “The Examiner” (1710)