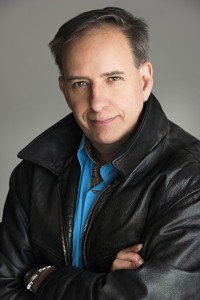 Aaron Bushkowsky’s second novel Waterproof (Cormorant $24.95), due out in October, is a black comedy about two men who lose their humanity and, hopefully, regain it. The plot involves two producers of commercials who need to bankrupt their business because of a lawsuit. They pour all their company’s money into a movie about their pathetic lives. Neither one of the two has the foggiest idea how much trouble their shenanigans bring, particularly after a kayaker they know goes missing. Bushkowsky is the author of a previous novel (shortlisted for the Stephen Leacock Award for Humour Writing), one collection of fictional short stories, over 20 plays and two books of poetry, the first of which, ed and mabel go to the moon (1994) was shortlisted for a Dorothy Livesay Poetry Prize. He teaches playwriting and filmwriting at Langara College, Studio 58, Playwrights Theatre Centre, and the Vancouver Film Centre. As a playwright, Bushkowsky has been nominated for nine Jessie Theatre Awards for Outstanding Original Play (winning two), more than any other playwright. He is the artistic director of Solo Collective, a Vancouver theatre company. 9781770866362