A cracked and dusty mirror 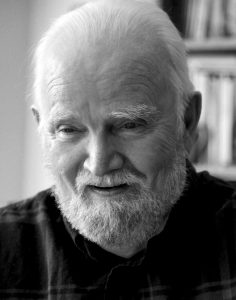 After a lengthy battle with alcoholism, David Haggart discovered in 1988 that he had serious mental health issues. It was during this period that he started to write poetry, advised by his mentor Patrick Lane to learn to write “by writing.”

Haggart attended one of Lane’s workshops in Sechelt in the 1990s, found work with an old friend he knew from the time he spent working in the Arctic – stone sculptor Abraham Ruben – and moved to Salt Spring Island in 2000. There, he has written over 600 poems, some of which appear in his first collection, A Curious Happiness in Small Things (Raven Chapbooks $18) about reflections on his family, nature, and the beauty of the North where he spent part of his working life, “savouring the emptiness there.”

(From the poem, The Weekend.)

Haggart has produced two previous chapbooks of poetry, Signs of Life (Little Soup Press) and On The Way Out (Arashido Publishing) as well as three chapbook anthologies with fellow writers.

This weekend will be my replacement for silence
my understanding of impermanence
and how darkness within darkness
is the gateway to all understanding
so much nourishment will require dessert
I will read Charles Bukowski, Jim Harrison
Patrick Lane, Mary Oliver, Adrienne Rich
on Monday I will visit a dying man in the hospital
and then go to see my shrink as usual
and read him this poem.

(Last stanza from The Weekend)