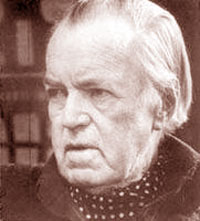 Born in Lethbridge in 1902, Howard O’Hagan spent his pre-teen years in Lucerne, BC, which has since disappeared, as well as some teenage summers. It was effectively the ‘twin’ town of Jasper, Alberta. O’Hagan incorporated Lucerne into his classic novel Tay John and his best-known story, The Woman Who Got on at Jasper Station, is set at Lucerne. He also wrote about nearby Red Pass, also long since disappeared. The railway town of Lucerne dissembled in 1924 after the Grand Trunk Railway went bankrupt. A graveyard remains alongside the modern highway, mainly as the resting place for victims of the 1918 Spanish Flu epidemic.

Set around the Yellowhead Pass in the early 1900s, Tay John (1939) mostly takes the form of a narrative by an Irish-born remittance man in Edmonton, Jack Denham, who tells stories about Tay John, a mixed-blood man of action who left his Shuswap tribe to live as a trapper and guide. His blondish hair gave rise to the nickname Tête Jaune (yellow head) which became “Tay John,” a name he preferred to “Kumkleseem.” [A ‘real life’ Hudson’s Bay Company guide in the early 1800s named Pierre Bostonais was nicknamed Tête Jaune due to his blonde hair. The town of Tête Jaune Cache is named for him, not for O’Hagan’s fictional character. The fair-headed Métis-Iroquois trapper, Bostonais, led the CPR’s James Macmillan through the Yellowhead Pass on a surveying mission in 1825 and was killed by a rival native group in 1828.]

Born in his mother’s grave, the central character of Howard O’Hagan’s Tay John was welcomed as a Messiah who would lead his people out of the Rocky Mountains for a reunion with the people of the coast. But he becomes estranged from his people and leads a solitary existence in league with nature. The first quarter of the novel describes Tay John’s fictional origins in the 1880s. Ostensibly a narrative by a remittance man named Jack Denham, the novel outlines Tay John’s relations with whites, starting with Denham witnessing Tay John kill a grizzly by wrestling with it and stabbing it in the heart. Tay John cuts off his own wrist with an axe to gain a horse after losing at poker; hired as guide for a British couple, he consorts with the young wife but she refuses to have him prosecuted; a final love affair with an exotic woman named Ardith Aeriola leads to tragedy in the snow.

Gary Geddes and Michael Ondaatje have suggested O’Hagan’s mythic realism led the way for Western Canadian novelists that include Sheila Watson, Robert Harlow, Rudy Wiebe, Robert Kroetsch, and Jack Hodgins. Geddes claims Tay John (1939) is “the most important work of fiction to come out of British Columbia before the Second World War” and “Canada’s first serious work of metafiction.” Published during the onset of World War II, O’Hagan’s writing superbly evokes the mystic power of the wilderness and mountains but it went nowhere after its small British publisher went belly-up. O’Hagan would always complain he never received any royalties. It was re-issued in the 1960s with minimal impact. New Canadian Library, under Malcolm Ross, republished Tay John in 1974 and its reputation slowly grew, but by this time Malcolm Lowry’s Under the Volcano was lionized as the great novel from B.C. The ‘mountain man’ of Canadian literature, Howard O’Hagan, was born in Lethbridge in 1902 and partially raised in the Canadian Rockies. He moved to Vancouver at age 12, attended UBC and received a law degree in 1928 from McGill University. O’Hagan reputedly practised law for only one day, preferring to return to his beloved Rockies where he worked as a tour guide in Jasper.

According to local cultural historian, Ben Bradley, “Lucerne did not exist until 1913, and Thomas O’Hagan was the doctor working for the Canadian Northern and then Canadian National railways at that station from the late 1910s until 1923, when the town was abandoned. I believe Howard O’Hagan returned there regularly during his high school and university years, working in the summers with various guiding outfits at Mt Robson and Jasper. He probably also spent time in the area when working as a publicity man for the CNR after he graduated from university.

According to Bradley, there are only three buildings in the vicinity of Lucerne, and just one of them is located where the original town had been located. “No interpretive plaques or anything,” says Bradley, who has compiled a short history of Lucerne, “presumably to dissuade bottle collectors from rummaging around.”

O’Hagan wrote for a variety of men’s magazines in the 1940s and 1950s. He and his partner Margaret Peterson once lived in a house in Victoria that was once owned by Emily Carr. They also lived in Sicily from 1963 to 1974, and returned to Victoria where he died in relative poverty in 1982. O’Hagan once arm-wrestled with Lowry at Deep Cove. “I put him down. It was a cinch,” O’Hagan told Keith Maillard in 1979. “He’s a great writer, but he is a miserable little bastard. First of all, he’s not a Canadian anyway. So I don’t see why he should be regarded as a Canadian writer. He’s an English writer.” The son of a doctor, the ‘mountain man’ of Canadian literature Howard O’Hagan was born in Lethbridge in 1902 and partially raised in the Canadian Rockies. He moved to Vancouver at age 12, attended UBC and received a law degree in 1928 from McGill University where he befriended the influential poet A.J.M. Smith. O’Hagan reputedly practised law for only one day, preferring to return to his beloved Rockies where he worked as a tour guide in Jasper. He ventured to Australia where he tried writing some stories, then returned to Montreal where Stephen Leacock helped him get a job in England as a CPR publicity agent for recruiting farm workers. O’Hagan also worked as a reporter for the Montreal Star and Edmonton Journal. He did more p.r. work for CN and the CPR in New York and Jasper. He once told Gary Geddes that he first considered writing as a vocation when he was working as a CPR guard for a trainload of 100 Chinese being transported to Vancouver for deportation in 1923. O’Hagan was later hired to work as a publicist for the British construction of the Argentine Central Railway for three years. He then moved to Berkeley, California where he met Fine Arts professor Margaret Peterson. Unmarried, they spent the summer on Bowen Island in 1935. During this period he inevitably met Malcolm Lowry, who also fraternized with the arty, Bohemian set who frequented Einer Neilson’s retreat on Bowen Island. O’Hagan arm-wrestled Lowry at Deep Cove. “I put him down. It was a cinch,” he recalled. O’Hagan wrote most of his best-known work, Tay John, while living on Bowen Island, having started to make notes for the novel in San Francisco. Having seriously injured his leg while working as a stevedore, O’Hagan began a series of wanderings to Mexico, New York, Guatemala, San Francisco and B.C. with Peterson after she refused to take an oath of loyalty during the McCarthy purges against alleged communists in the U.S. O’Hagan worked on a survey crew in Kemano, B.C. and he also lived at Green Point near Duncan when he was employed at a gyppo logging mill near Cowichan. Howard O’Hagan published his major book Tay John in 1939. Set around the Yellowhead Pass area at the turn of the last century, it’s the story of a remittance man who, in turn, tells the story of Tay John, a mixed blood man who left his tribe to lead a more independent life as a trapper and guide. To incorporate elements of First Nations mythology, O’Hagan consulted Diamond Jenness and Charles Hill-Tout, two of the more noted authorities of his day, as well as his friends Jonnie Moye and Joe Sangre of Fish Lake, near Brule, Alberta. Born in his mother’s grave, the halfbreed Tay John is welcomed as a Messiah who will lead his people out of the Rocky Mountains for a reunion with the people of the coast. The narrator for the latter half of the story, Jack Denham, sometimes reveals as much about Howard O’Hagan’s distinctly western world view as he does about Tay John. Denham says, “It is physically exhausting to look on unnamed country. A name is the magic to keep it within the horizons. Put a name to it, put it on a map, and you’ve got it.” Published during the onset of World War II, the novel went nowhere after its small British publisher went belly-up. O’Hagan would always complain that he never received any royalties. The novel was re-issued in the 1960s with minimal impact. “The Canadian literary institution,” critic Margery Fee later wrote, “based mainly in Ontario and English-speaking Montreal, wanted evidence of a national literature, not a novel such as Tay John, set on the margins and written in a style that swerved unnervingly between the sophisticated and the grotesque.” New Canadian Library, under Malcolm Ross, republished Tay John in 1974 and thereafter its reputation grew. A new generation of mostly western writers that included Michael Ondaatje, Robert Kroetsch, Rudy Wiebe, Robert Harlow, Gary Geddes, Keith Maillard and Jack Hodgins admired Tay John for its whiffs of ‘magic realism’. Trouble was, Malcolm Lowry’s Under the Volcano had already been lionized as the great novel from British Columbia. “He’s a great writer,” O’Hagan told Keith Maillard in 1979, “but he is a miserable little bastard. First of all, he’s not a Canadian anyway. So I don’t see why he should be regarded as a Canadian writer. He’s an English writer.”

Gary Geddes has declared, “Howard O’Hagan’s Tay John (1939) was the most important work of fiction to come out of British Columbia before the Second World War. It is not only a brilliantly written and conceived mythic novel, which attempts to analyse the forces transforming the Canadian wilderness in the name of so-called progress, but is also a work so self-reflexive, so overtly conscious of the limits of the fictive act, that it can be called Canada’s first serious work of metafiction. O’Hagan’s treatment of the collision of cultures laid the foundations for such future myth-makers as Sheila Watson, Robert Harlow, Rudy Wiebe, Robert Kroetsch, and Jack Hodgins.” O’Hagan wrote for a variety of men’s magazines, including Esquire, Argosy and True, in the 1940s and 1950s. These stories were collected into a volume called Wilderness Men. In 1957 O’Hagan and Peterson lived in a house in Victoria that was once owned by Emily Carr. They lived in Sicily from 1963 to 1974, then returned to Victoria. Before O’Hagan died in relative poverty in September of 1982, he was retrieved from literary obscurity by Talonbooks’ David Robinson who arranged to publish O’Hagan’s two earlier collections of short stories combined into one volume, Trees Are Lonely Company, and a revised novel, The School-Marm Tree, originally published by Event (Vol 5/3) in 1976. Margaret Laurence, George Woodcock and Ken Mitchell arranged for O’Hagan to receive an honorary lifetime membership in the Writers Union of Canada in 1979. He also received an honorary degree from McGill in 1982, shortly before he died. Gary Geddes edited a memorial collection of essays, Coyote’s Song (1983, and Margery Fee published a critical work about ‘the writer that Canadian literature forgot’ entitled Silence Made Visible: Howard O’Hagan and Tay John (ECW Press, 1992). It contains an interview with O’Hagan by Maillard and an essay by W.J. Keith.