#586 Shortcuts to the heart 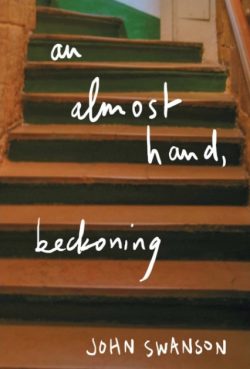 Thoughtful, evocative poetry and arresting, transcendent photography, artfully woven together into a complex tapestry of word and image: this is the gift John Swanson has given the world in an almost hand, beckoning. Long awaited, this book is here at last.

Swanson is a familiar figure on the British Columbia, particularly the Vancouver, poetry scene. A regular at reading series around town, his work has been published in discerning and respected literary outlets such as (some decades ago) the Titmouse Review and (more recently) The Maynard. Moreover, he has over a period of decades cultivated a formidable talent as a photographer.

Swanson’s fascination with the interplay between words and images can be traced back at least to the 1970s when he was part of the SeeSite collective in Vancouver. (Fertile times those. Local greats like Roy Kiyooka and Pat Lowther still walked the earth then; may they rest in peace.) This book of Swanson’s poems and photographs has thus been a long time in its gestation. an almost hand, beckoning leaves no doubt that the time taken was warranted. What Swanson has wrought reflects great care, attention, and artistic insight; it is manifestly the result of painstaking effort. He is a poet who labours hard over his writings, seeking (and almost always finding) the “inevitable word” as Ethel Wilson used to say. Even more remarkable is his ability to marry some of those “inevitable words” with equally “inevitable” images.

There is a poem that appears early in the collection whose title is “The Theory of Time — The Bee-River-Heart” where, among other things, Swanson describes a potter at work, conjuring something delicate out of clay:

It seems to this reviewer that, in those few lines, the poet/photographer has — perhaps unwittingly — presented his readers with a metaphor that captures his own creative process. In those lines one can almost see Swanson, bent over his keyboard and over the trays of developing baths in his darkroom, summoning the fruits of his imaginings into being. 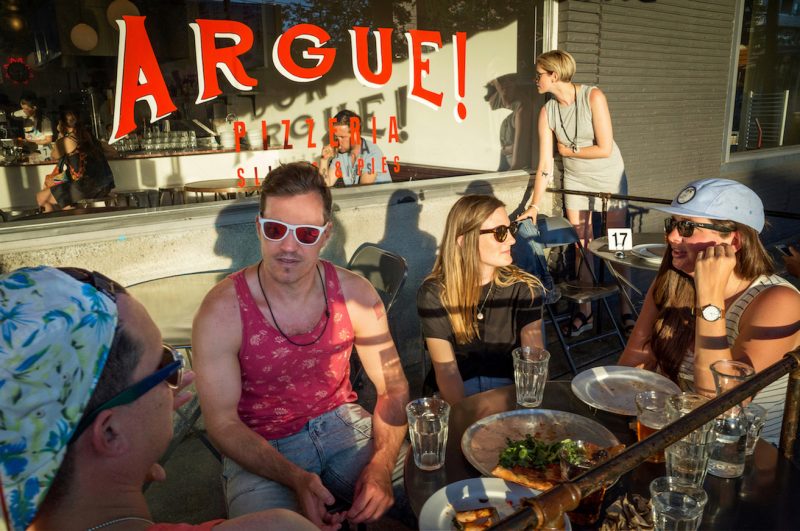 Some of the content of an almost hand, beckoning is deeply, searingly personal. “A Difficult Beginning” speaks of a boy’s early experience of death, and of the crippling bone condition that he eventually overcomes. The boy calls upon inner resources of strength and determination that one might not expect to encounter in someone so young. What are those resources? Swanson stops short of telling us, saying — enigmatically — only this:

…Not courage, but something.

How close he held the pain
even death
fire in the bones
a gift.

Swanson’s reverence and respect for Nature are revealed in recurring, sometimes metaphorical, evocations of the natural beauty in our beset world. Here, the seamless integration of word and image works especially well. “The Gift” is an example:

If my heart were
so many swaying shades of green
and the impossible tallness of the firs
and the brightness of the wild plum tree
feelings would flow with ease
like breath.

The reader of this review will, for now, have to try to imagine the spectacular photograph onto which those delicate words have been grafted. 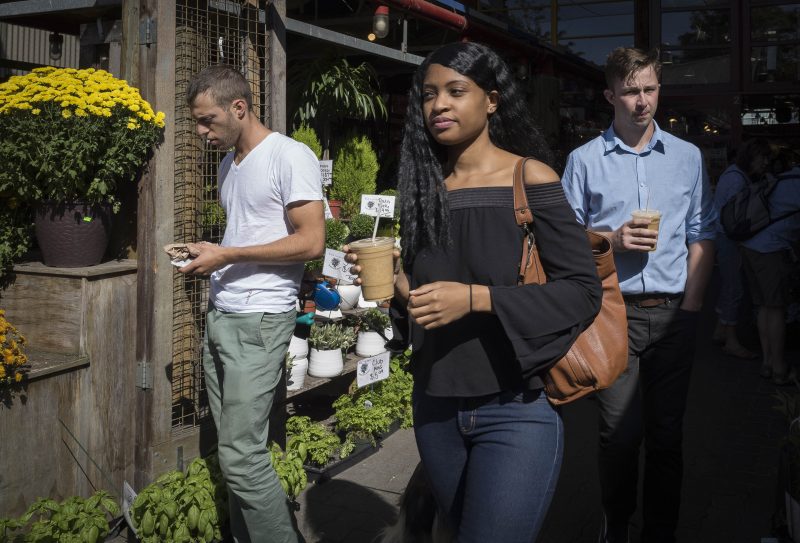 At the entrance to Granville Island Market, Vancouver, September 2017. Photo by John Swanson

“Fences” is a wistful poem in which the narrator recalls, as a youth, resurrecting his grandfather’s old “Panhead Harley … dust-covered and rusty / from its hay-bale tomb.” Swanson leaves the reader almost smelling the exhaust and hay and hearing the motorcyle’s throaty roar as Grandpa Earl cautions, “Keep it between the fences, boys.” Alas, this poem does not come paired with a photograph (although Swanson’s word pictures more than suffice). Swanson read “Fences” at a recent Poets Corner gathering in Vancouver and, of course, it drew thunderous applause.

Apart from a collection of candid street shots of Vancouver, it is a trip to Paris in 2009 that accounts for the largest group of related photos reproduced in an almost hand, beckoning. Anyone who (like this reviewer) has spent hours and hours walking the streets of that city, drinking in its signature sights, sounds, and smells, will appreciate how well Swanson’s photographs call to mind the soul and ambience of Paris. As always, it is the small things that say so much. In the poet’s own words:

…Outside
A dazzling light edges
a storm cloud,
a flâneur stands at the curb
stone stairs invite us up. 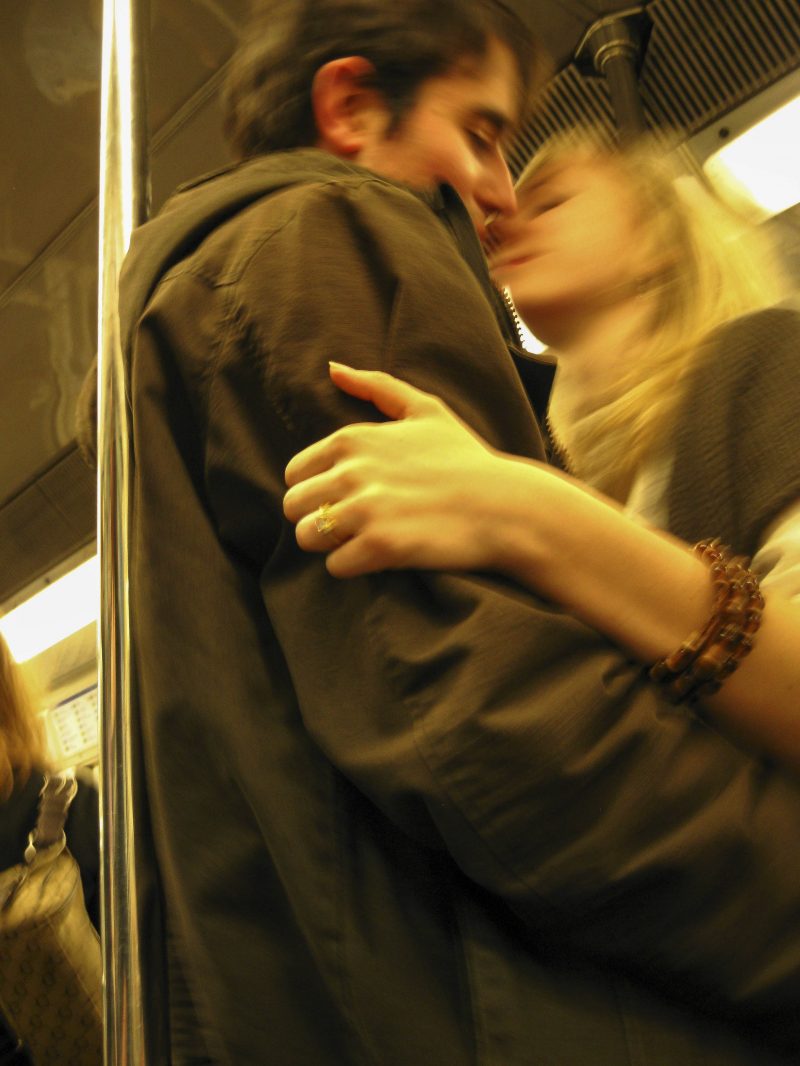 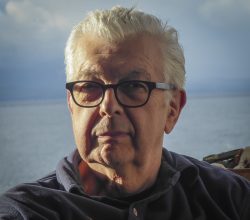 One might contrast that last-mentioned fleeting, tender moment — captured so deftly by Swanson in image and in words — with the tenderness of the reflective love poems that conclude an almost hand, beckoning. In them, the moments linger; like the love they express, the moments are not fleeting. And the mood is tender and warm, though tinged here and there with a sense of foreboding, of impending loss. Swanson plainly knows the immense blessing, the grace even, of growing old while remaining smitten.

…Why are we so close now?
Is it knowing
finality
of death?

We become more eccentric,
have gestures,
shared nonsense language
shortcuts to the heart…

Come rest with me a while.
Then we will stroll
where we got started,

see if we know the place for the first time.

Lovely. Like the entire book. Just lovely. This writing at times is almost sacramental. It is entirely unsullied by tawdry sentimentality. Lucky man, John Swanson. And so talented.

We must be grateful that the beautiful words and images Swanson has conjured out of a rich and loving life experience are, at last, gathered together between two covers for us all to savour. How did he put it in that poem about the potter? Ah, yes. “The space inside transparent and singing.” 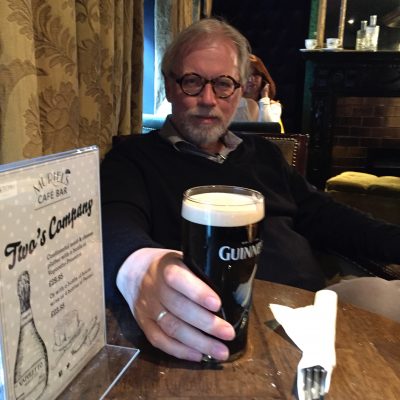 P.W. Bridgman writes from Vancouver. In 2018 he was one of nine participants in the intensive writing summer school program offered by the Seamus Heaney Centre for Poetry at Queen’s University, Belfast — an experience that he says was a defining one in his writing life. Bridgman’s selection of poems, entitled A Lamb, was published by Ekstasis Editions in 2018. It was preceded by a selection of short fiction entitled Standing at an Angle to My Age, published by Libros Libertad in 2013. Bridgman’s writing has appeared in The Moth Magazine, The High Window, The Glasgow Review of Books, The Honest Ulsterman, The Bangor Literary Journal, The Galway Review, Ars Medica, Poetry Salzburg Review and other periodicals and anthologies. Learn more at www.pwbridgman.ca.