#571 The Slinky and the mirror 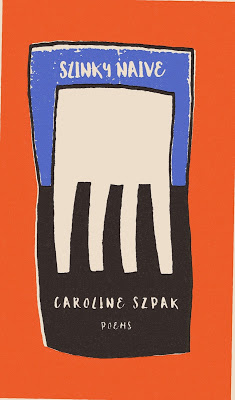 Born in Istanbul, Polish-Canadian writer Caroline Szpak graduated from the writing program at the University of Victoria. Andrew Yang finds her debut volume of poetry, Slinky Naïve, “a collection that tirelessly pushes and expands the brackets of convention.” – Ed.

When uncharted territory beyond convention is explored, the novelty that arises is sacred. This is what Slinky Naive, Caroline Szpak’s debut, pursues: a collection of poems that challenges both the reader and the literary form. This book sets a defined territory, draws a map of South Poland, and yet the words surpass all geographic and literary boundaries.

Frankly, my first reading made little geographic or literary sense to me. Disparate ideas seemed to collide forcibly and unintentionally like two songs played at once. I wanted to separate one melody from another to clarify the dense tirade of ideas and images that marched on so fast that reading to understand felt like listening to a skipping record. Quick tabloids and pictures sped past like a photo slide projector spinning through each moment as fast as the poem lasted.

The blurb on the back cover describes Szpak’s phrases “… slamming up against each other like strangers on the street.” This description is accurate not only to the extent of the reader’s understanding but of the reader’s experience as well; a cold read of any page felt like bumping into a stranger for the first time. At first glance, I saw more chaos than artistry.

Yet, after the second reading and each one following, the initial disarray slowly melded into an apparent coherence. The quick succession of tableaus and vignettes, and my mind’s slow churn as it digested what it read, left an impression that was as striking and brave as it was beautiful. Szpak’s writing can be as rapid as bullets and as slow as honey. She challenges both the genre of poetry and the reader in ways that, for me, clarified the initial confusion and revealed a whole new layer to be discovered.

A trademark of Szpak’s style is the run-on. Structurally, with or without line breaks, many of Szpak’s poems, like “A Trophy Atrophy” or “The Pomeranian Front,” can be read as overgrown sentences with intermittent commas. The effect is of a speedy photo slide projector that marches mercilessly from one tableau to the next. The ruthless inertia of each word or concept can feel draining. But at its root, this is how Szpak delivers; her message is contained in a necklace with beads of metaphors and images stacked onto each other. While a pedant might criticize lingering sentences, Szpak’s execution involves far more than just crowded and tireless run-on sentences with an absence of punctuation. She pushes the rules and limits of language and invites her reader to witness her journey.

The challenge and approach to reading will be different for each person. In my copy of Slinky Naive, I found myself drawing asterisks between words as if to insert the necessary commas and periods for poems that relished the sprint of a marathon. Slinky Naive and my markings in it are proof that poetry is not a sideline reading activity but an act of deliberate understanding, a willed pursuance of truth not only in the meaning of words but in how they feel in the mouth and leave the lips.

At times, words will ping and ricochet between the teeth. At others, they will coat the tongue and float off like velvet. Szpak’s words reach the range of these distant poles, switching back and forth like a rippling Slinky; the collection rides the waves of these oscillations. Szpak’s machine-gun run-ons are on one end of the Slinky. The other end is slower, composed, and no less challenging. The best example of this other dimension is in the poem, “Krapkowice:”

The two monolithic columns are the most visually striking part of this poem. It takes the form of a modern caesura, the re-emergence of a popular literary device found in Anglo-Saxon poetry. A medial caesura is a stop or pause in the middle of a sentence often marked by punctuation or grammatical boundary, like a phrase or clause. Old English writers used this device to impart emphasis and suspense by breaking the rhythm of speech. Caesurae separate one line into two distinguishable parts, yet the inherent link between the two remains. 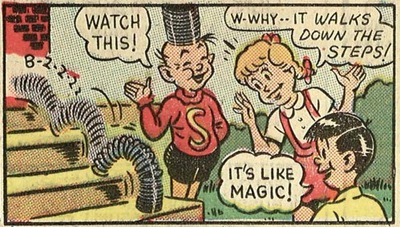 The quality of caesurae establishes the challenge for the reader and the literary form. Such is the nature of Szpak’s work that the reader is forced to connect one seemingly disparate idea to another. The caesura amplifies this effect, further enhancing the challenge. The separated structure of “Krapkowice” forces the reader to find a lineage or linkage between two ostensibly different images. In this way, one reader’s perspective and interpretation might vary from another’s, and this is exactly what is special about Szpak’s work: it exposes the unique inner writing mind of the reader. When we read “Krapkowice,” we are deriving our own meaning as if the words are being written again with a renewed significance.

In this poem, the caesurae and Szpak’s style together result in a challenge to the reader and to the literary form. English readers read left to right, top to bottom, line by line; there is convention even in the act of reading — and there is convention to surpass. While “Krapkowice” is a poem like any other, except parted in the middle like the Red Sea, the caesurae creates not only multiple interpretations but multiple angles to physically approach the text. The poem can be read line by line. But can it not be read column by column? Once the reader surpasses the convention of direction in reading, it unlocks a whole new layer of meaning. What if the second column is read first? How do these two columns relate?

“Krapkowice,” like Spzak’s style in general, is multidirectional. Words shoot off at all angles and there is no singular meaning because meaning is derived only from where one stands. In this way, Slinky Naive strides into unchartered territory. It challenges both the reader and the literary form; it is a collection that tirelessly pushes and expands the brackets of convention. 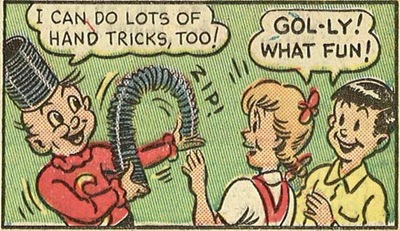 Szpak’s Slinky is the perfect symbol for her work. It is a flexible precompressed helical spring that can bend to the challenges that Szpak undertakes. A Slinky’s graceful oscillations can be quick and tight or loose and flowing, the rhythms of each poem reminiscent of the undulations of the Slinky from one pole to the other. Szpak’s words can be unbearably fast or languorous and slow; but they are not tiring. They are tireless.

Once the surface convention is broken, a new realm of possible interpretation is unlocked. The images and vignettes that Szpak presents can seem disconnected and impossible to interpret. However, in finding our own meanings in this collection of poems, in discovering our own story or image in the photo slide projector, it is as if the words are being rewritten for us. The words feel almost self-reflexive and Szpak’s poems are a mirror for us to peer into. 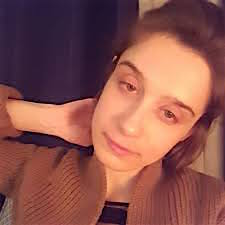 Wolfgang Paalen (1905-1959) — artist and philosopher of the Surrealist movement (and Szpak’s work is indeed reminiscent of that era) — noted that “Paintings no longer represent … Today it has become the role of the painting to look at the spectator and ask him: what do you represent?”

Slinky Naive asks the same of us. We try to find the meaning in the words and the words react in similar fashion. The more we divulge, the more we are exposed. Beyond its range of speeds and rhythms, Szpak’s Slinky reflects the reader’s gaze onto himself and asks: what do you represent?

You take a step and Slinky vibrates,
twitches down
your frame, the tangled
crease on your palm, uncovers you
from a winding song

— from “Everyone Loves a Slinky.” 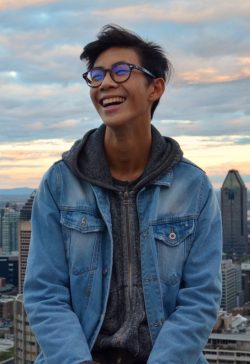 Originally from Vancouver, Andrew Yang is an English student in Montreal. He writes because the world needs explaining. Captivated and inspired by language’s ability to convey stories worth telling, Andrew continually seeks the right words for the moments he describes. His recent work has appeared in The Bull and Bear, The Scrivener Creative Review, Radix, The Observer, and The McGill Tribune. See his other work at andrewlhyang.com 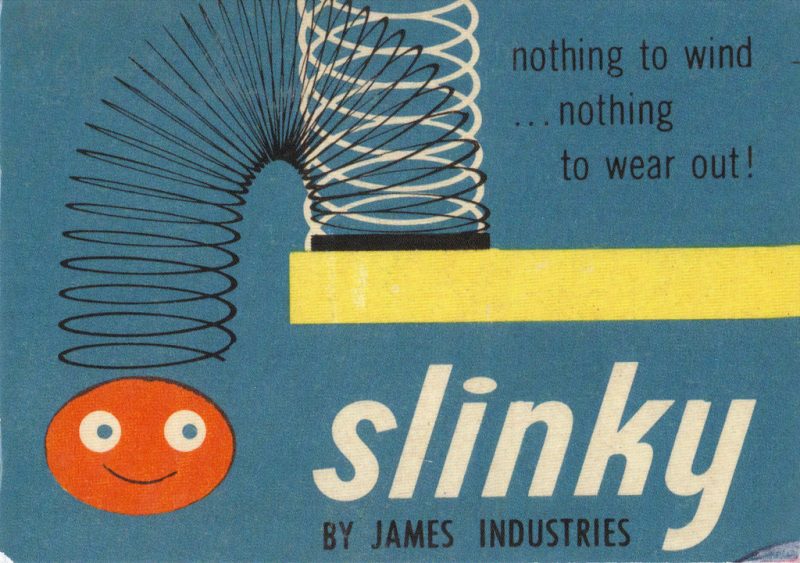