Q & A
by Adrienne Gruber 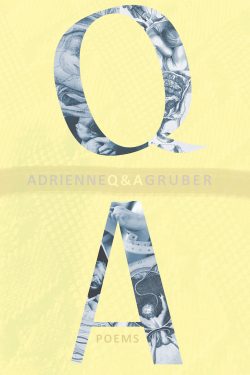 “How any woman does what they do is beyond comprehension.” — Harry, Duke of Sussex, after witnessing Duchess Meghan give birth to their first child.

Adrienne Gruber’s poetic memoir arrives in the midst of a dawning realisation that mothering requires a place in the arts and in life, a realisation highlighted by Prince Harry’s wide-eyed expression of awe at Meghan’s accomplishment.

Over a decade ago, performance artist Jess Dobkin’s Lactation Station Breast Milk Bar started turning Canadian art galleries into chichi tasting bars that served flights of breast milk rather than wine, encouraging open discussion of the awkward status of the mother’s body as both despised and revered. Much more recently, in the wake of her memoir The Argonauts (Graywolf Press, 2015), Maggie Nelson lamented that pregnancy and birthing are not “welcomed as part of human experience that might be able to be attended to in language,” and thus not to be written about.

Meanwhile my local Health Care Foundation and Health and Wellness Collaborative sponsored  a one-person act Mamahood: a New Frontier, in which Nicolle Nattrass “shares her struggle to be a “PERFECT Mom.” Advocating for real change, beginning by breaking stigma and silence through laughter and sharing, this “keynote” presentation inaugurates a community support programme for mothers. 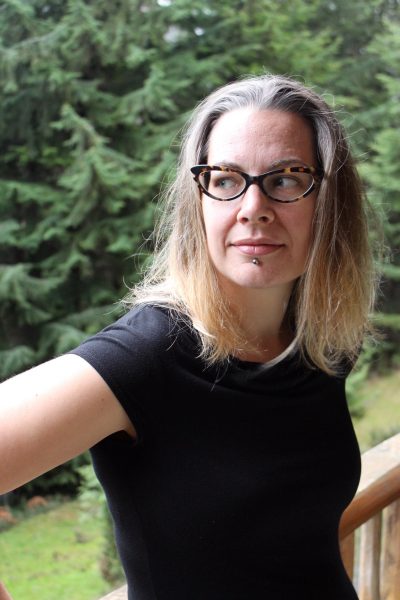 In the news a Huffington Post headline worries that “American Women Are Dying From Pregnancy Up To A Year After They Deliver” and bluntly states, “Moms are dying in America because we don’t take care of them.” Too few non-moms try with Prince Harry to comprehend “how any woman does what they do.” After nine traumatic months culminating in several days of more intense trauma, the baby is born, congratulations are received, and life goes back to “normal” with little thought of what follows post-trauma. Meghan is certainly receiving the best of care, but how long before social media calls for more public appearances?

So it is time to regard mothering with neither sentimentality nor revulsion, as part of life. Birth needs to be written about as unselfconsciously as death. This Adrienne Gruber tries to do in her contribution to this expanding and always difficult dialogue. She documents her daughter’s arrival journey from conception through pregnancy to the strain and trauma of the birth event, and onward into the postpartum mess. The poems range from funny to factual to sweet to horrifying, and from one line to several pages. “Flood the Ocean with Your Breath,” perhaps the only poem she needed to write, condenses the ugly-beautiful process into eight spare sections. Here is the fourth: 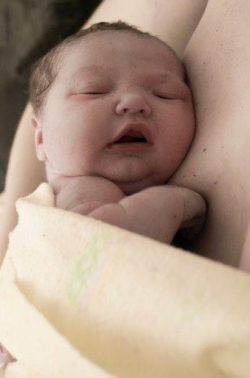 My debut into motherhood
polycephalic

as you pause, half-in,
half-out of me.

Born but not
born. ethereal

You dredge up
along my shore.

Mothering changes things but does not destroy them. Life changes but continues, with adjustments and additions. “Gestational Fall” is a six-page account of the expectant parents’ trek over the gruelling West Coast Trail in an expedition planned before the pregnancy was known, an evocation of fear and hope, guilt and elation.

I slip on a wet ridge and 35 pounds of pack pull my body down,
The forest is a dazzle of green and brown, light and dark. The
rock face barbs my hands, sloppy and useless, the rock face,
sawtoothed and serrated, my hands, desperate. 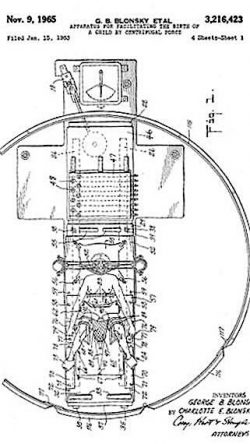 I think about you. My selfishness. I wanted to prove we could
exist as whole beings, simultaneously. In spite of you. Because.

We carried our bones for days. Each night I wiped between my
Thighs and to my relief the paper came out clean

And at the end:

I sit up. Welts on my hands. Balloon knee. Blood blooms
butterfly on my shin, but nowhere else. We are still here.

There is nothing left to do but climb.

Gruber has tracked down some historical how-to books, on better birthing, painless parturition by fruit diet, advice on what to expect when you’re expecting (100 years ago), and my favourite, “Patent US 3216423 A: Apparatus for facilitation the birth of a child by centrifugal force AKS ‘The Blonsky’ November 9, 1965.” These suggestions and inventions ignore the mother’s humanity; she is a thing to be manipulated with knives, levers, pincers. She is a means towards something else: “self-denial, the subordination of desire and convenience,/ must result in good to the mother and the child.”

The title Q&A refers not only to hypothetical questions and answers but to the names of her daughter and herself, Quintano Roo and Adrienne. Quintano Roo is a Mexican place-name and also the name of the daughter of the writer Joan Didion, who writes more about death than birth, and whose prose is more powerful and unbearably truthful than most poetry. I am puzzled by Gruber’s reference to an adopted daughter and to one who died young. Suddenly, and not, I imagine, as she intends, I am reminded of T.S. Eliot’s “Journey of the Magi:” “I had seen birth and death,/ But had thought they were different.” Gruber’s poems are mostly life-affirming, but not always. She writes: “is this a love poem/ or a poem of grief?/ When we make something/ we lose.” But at the end of the book, the poem “Answers,” written a year after the birth, chooses love over grief: “Some call out God/ during sex/ or birth or even/ in death but I said/ Love. Love/ with every force/ of my being.” 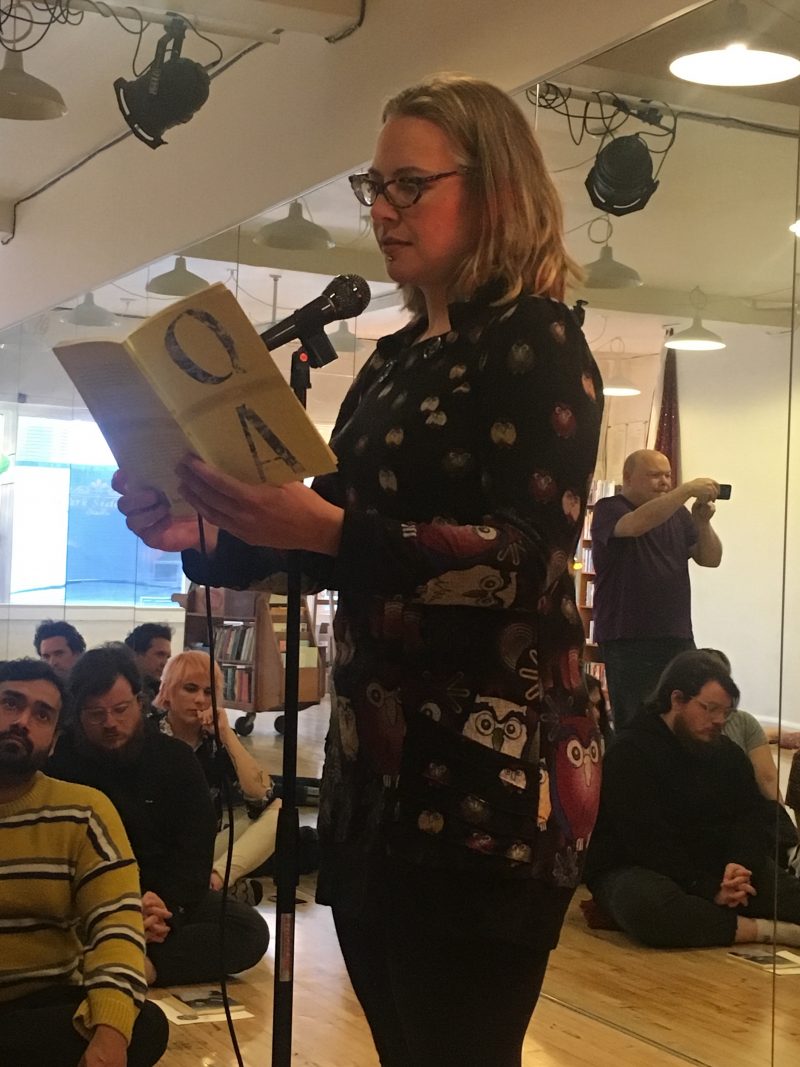 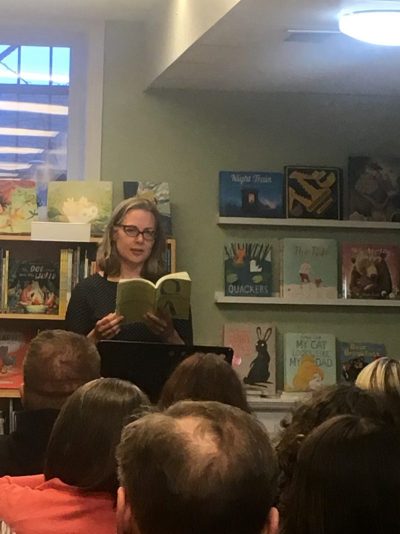 Mothering is not an easy topic. Gruber’s poems are by turns moving, powerful, engaging, humorous, or informative. Yet there is something else, a problem. Two of the back-cover blurbs use the word “grotesque” with reason, although I would add “gratuitous.”

The day after my fourth child was born a friend brought me a wonderful poem and I wondered how he — for, like many poets who have written about birth, he is “he” — how he could have written it. Now I wonder if the gender distance helped, sympathy at first through poetry becoming empathy?

For Gruber, though, there is no distance, immersed as she is in her own maternity, drowning in bodily fluids. The reader flounders in such words as subaqueous, waterlogged, plunge, bubbles, and pools. Quoting from this dark comedy is not for the squeamish.

I have been on Adrienne Gruber’s journey and it was not a bad experience, nor one I wish to forget, but I do not want to relive it through two dozen poems about someone else’s milk and sweat. So, who should read the poems, if not other mothers? Would a woman who is not yet a mother be encouraged to put herself through a similar ordeal? Perhaps one or two of the poems are for men. Does their gathering into a one-topic volume make them another instance of separation from “human experience”? 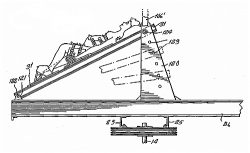 There are issues of privacy, possessiveness, a line between sharing and prurience, and the question why sharing this life experience should be more than any other sharing susceptible to charges of prurience?

Or is it my personal problem? Maybe even after all these years I have not let go of what my feminist son would call my own “deep-seated ambivalence.”

Q&A leaves us with more Q’s than A’s. It’s time we asked, even though answers are unlikely. In one line on an otherwise blank page, the unborn child asks “Mom, will you still love me even when I kill you?” 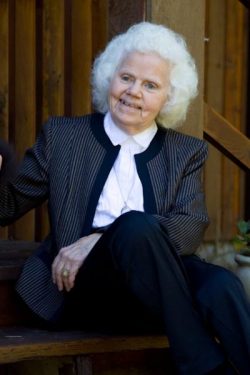 Phyllis Parham Reeve has written about local and personal history in her three solo books and in contributions to journals and multi-author publications. She also contributed the foreword to Charlotte Cameron’s play, October Ferries to Gabriola (Fictive Press, 2017). She is a contributing editor of the Dorchester Review and her writing appears occasionally in Amphora, the journal of the Alcuin Society. A retired librarian and bookseller and co-founder of the bookstore at Page’s Resort & Marina, she lives on Gabriola Island, where she continues to interfere in the cultural life of her community. More details than necessary may be found on her website: https://sites.google.com/site/phyllisreeve/*