#552 The three sisters of Bute Inlet 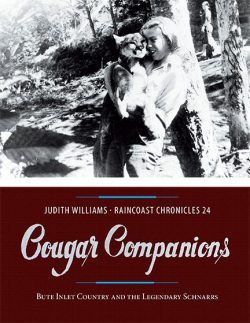 In her introduction to Cougar Companions, Judith Williams states that, “Of the settlers, prospectors, trappers, mountaineers and loggers who came to British Columbia’s remote Bute Inlet between the 1890s and the 1940s, few remained long.” One particular man, August Schnarr, was the exception. He did stay and his pioneering story has been delightfully told by Williams.

Schnarr lived, logged, and trapped in Bute Inlet during those years. He was also a photographer of note and his photo collection of life at that time is probably his most important legacy.

“He strapped his Kodak camera to his suspenders and captured his mountain climbing, upriver treks and family homestead,” states Williams in her fascinating tale of pioneering life in Bute Inlet.

Through those photographs and some meticulous research, Williams was able to tell the Schnarr’s family story as well as the stories of the few other pioneering Bute residents during those years. But possibly the most remarkable part of the story is told through the rare pictures in August Schnarr’s albums of his three daughters (Marion, Pansy, and Pearl) with their pet cougars. 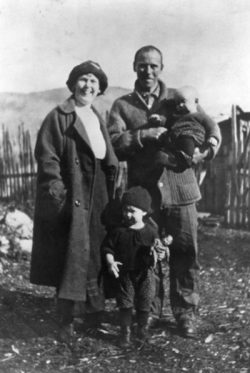 Williams reports that Pansy Schnarr, in a later interview with Maud Emery of the Victoria Colonist newspaper, recalled: “They were nice pets, we could pet them and they’d purr just like a cat, and they kept pawing at you. They didn’t like anybody but us three . . . they didn’t like my dad at all. They were just like cats to us; we didn’t think of them as anything special, nothing but a bunch of work.”

Today it is hard to imagine anyone considering having a cougar as a pet!

Judith Williams’ story of the Schnarr family begins with a telephone call she received in February 2010 from Glen Macklin, saying he was Pearl Schnarr’s son and grandson of August Schnarr. He sounded angry because he claimed she had a photograph album in her possession that really belonged to him. The album in question had indeed been given to Williams several years earlier by another grandson of August Schnarr, the son of Marion Schnarr. At the time, he had given her permission to use the album for research she was doing on a Bute Inlet project for the Cortes Island Museum.

“Well,” Glen Macklin claimed in that telephone call. “It’s not his … he’s not part of the family.” Williams remembered then that there was some dispute about whether or not Marion was actually August’s daughter. 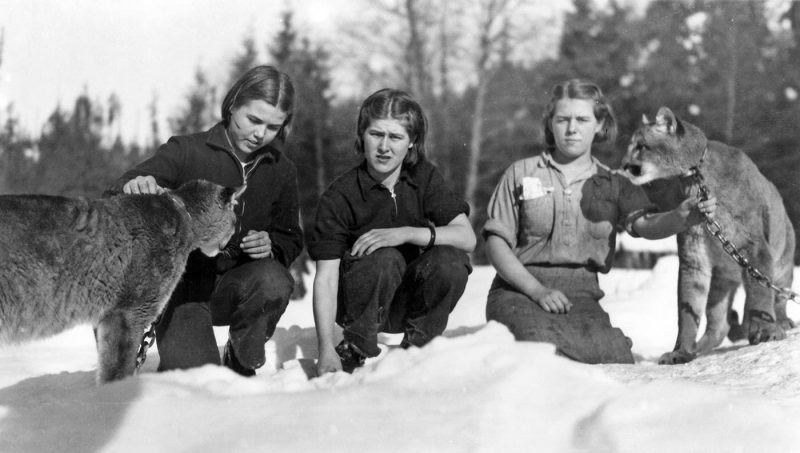 Look what the girls dragged in. The Schnarr girls and cougars

Once this was all sorted out and Glen slowly realized how much fascination Bute Inlet held for Judith Williams, “his voice softened and he became interested.” He wanted to meet with her. And that was the beginning.

Initially, there were actually three albums made by Marion Schnarr Parker; one each for her sisters, Pansy and Pearl, and one for her father. Once Judith Williams had agreed to return the album in her possession to Glen’s mother, Pearl, they both agreed to tell her the whole story of life in Bute and between them they were able to piece the history together. 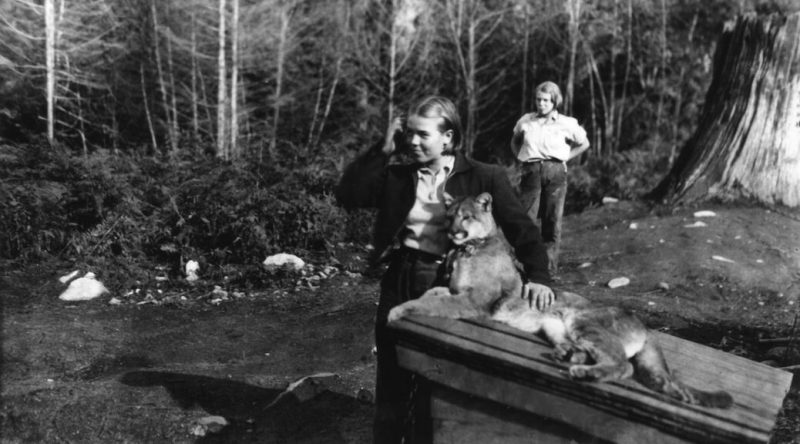 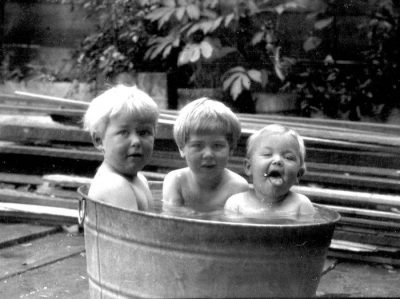 The book is not only flawlessly researched but beautifully designed and all the reproduced images are exceptional. I particularly enjoyed the style used at the beginning of each chapter with larger font, before dipping back into regular size font. It manages to draw the reader into the story in an unusual way.

I feel that this work will be used by other historians for research purposes, as well as being read right through by others as a story of pioneering life in Bute Inlet.

I particularly enjoyed the many colourful descriptions of Bute Inlet such as “nothing small ever happens in Bute. The wind blows the hardest, the temperature drops the quickest and furthest. The whole place is Guinness World Record material” (p. 44). 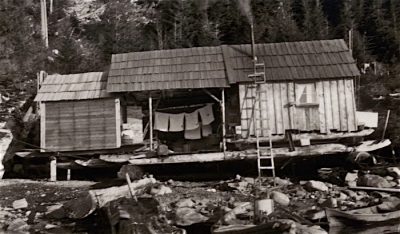 Or, as Pansy Schnarr recalled, “It blew like heck up there all the time, summer and winter. I don’t know what he (August Schnarr) liked that awful place for, but that’s what he chose. The older he got, the more Bute belonged to him” (p. 129).

Author Judith Williams of Cortes Island was well-qualified for this undertaking as author of High Slack: Waddington’s Gold Road and the Bute Inlet Massacre of 1864 (1996), Two Wolves at the Dawn of Time: Kingcome Inlet Pictographs 1863-1989 (2001), Dynamite Stories (2003), and Clam Gardens: Aboriginal Mariculture on Canada’s West Coast (2006), all from New Star Books.

Her research for Cougar Companions was carried out with her husband on many trips to Bute Inlet and the Homathko Valley where she conducted numerous interviews and searched through old diaries and photo albums. Schnarr’s collection of photographs also shows float houses and other residents with their fish catches, boats, log booms, and steam donkeys. 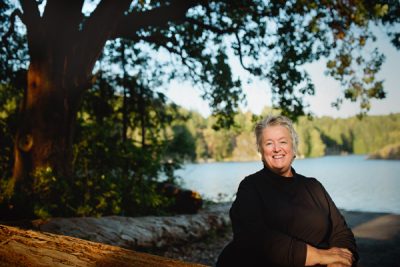 Judith Williams’ latest book manages to capture the hard ordeals of homesteading on the remote B.C. coast and is told evocatively through the use of those interviews, diaries, and oral histories.

Cougar Companions is published by Howard White of Harbour Publishing. Ever since Howard and Mary White, a couple new to the publishing world in 1971, first started putting together the Raincoast Chronicles, this series has never failed to delight those who are looking for unusual west coast tales. Raincoast Chronicles helped to establish Harbour Publishing as a force to be reckoned with as Harbour grew to become an award-wining independent book publisher. Through the years their many authors have shared rich stories about the west coast.

Cougar Companions, volume 24 in the Raincoast Chronicles set, is no exception. It will not disappoint the reader. 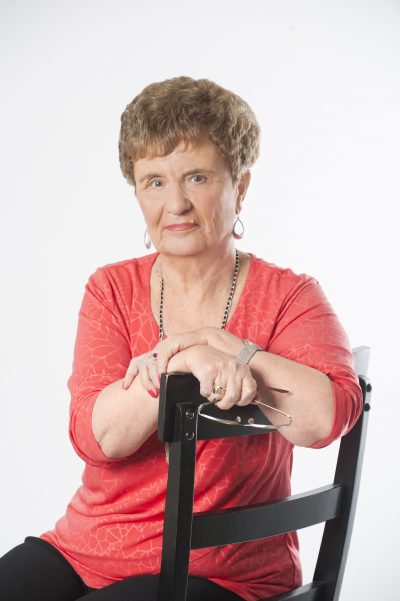 Valerie Green was born and educated in England where she studied journalism and law. Her passion was always writing from the moment she first held a pen in her hand. After working at the world-famous Foyles Book Store on Charing Cross Road, London, followed by a brief stint with M15 and legal firms, she moved to Canada in 1968, where she married and raised a family, while embarking on a long career as a freelance writer, columnist and author of over twenty non-fiction historical and true-crime books including Above Stairs, Upstarts and Outcasts, If these Walls Could Talk, Vanished: The Michael Dunahee Story, and Dunmora: The Story of a Heritage Manor House on Vancouver Island (Hancock House, 2017, reviewed in Ormsby #434 by Patrick Dunae, November 29, 2018). Later this summer her debut novel Providence will be released by Sandra Jonas Publishing, Boulder, Colorado which is the first in a series of four novels (The McBride Chronicles), an historical four-generational family saga bringing early B.C. history alive. Now semi-retired (although writers never really retire!) she enjoys taking short road trips around the province with her husband, watching their two beloved grandsons grow up and, of course, writing. 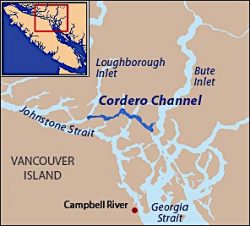 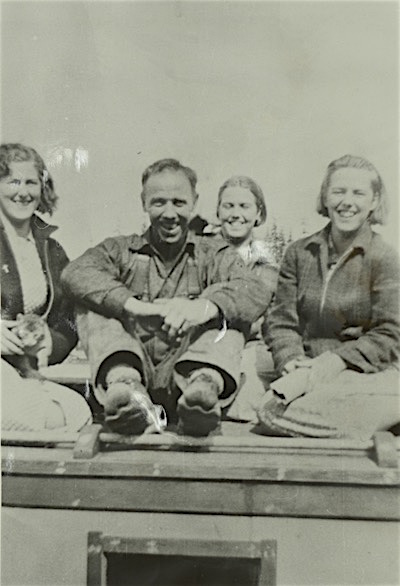