No Dog Barked: Who Killed the MacLauchlans?
by Rob Drown and Ken McIntosh 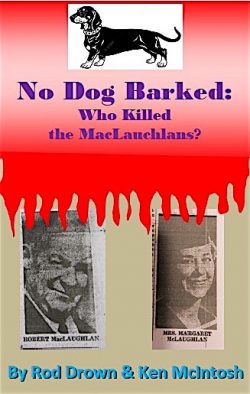 In the early hours of March 21, 1966, Dr. Henry MacLauchlan and his wife Margaret Ann were murdered in their tiny bungalow at 912 Fifth Street in New Westminster. They were shot execution style at close range by a professional killer who did his job so silently and efficiently that not even the MacLauchlan’s dog, a yappy dachshund named Pogo, barked. No one on the sleepy street of modest homes heard a thing. It would not be until Wednesday afternoon that a relative came calling and discovered the two victims.

Such things did not happen in the Royal City in the mid-1960s. They don’t happen today — trust me, I live right across the street from where that modest bungalow used to stand. Fifth Street, just behind New Westminster Secondary School, is in the thoroughly respectable neighbourhood of Glenbrooke North. But number 912 had already been the scene of scandal just before Christmas 1965 when Dr. and the soon-to-be Mrs. MacLauchlan were arrested and charged with trafficking heroin. Two other members of MacLauchlan’s gang were also arrested: Joseph Sperling and Thelma Mosier. Police seized 20 ounces of heroin with a street value of $200,000.

New Westminster residents were shocked. Dr. MacLauchlan, a septuagenarian, had been quietly living in the bungalow with his “niece,” Margaret Ann Cunningham, for nearly a decade. Margaret Ann was a member of the Herring family, which traced its roots back to the contingent of Royal Engineers sent to found the city in 1858 — the closest thing to royalty in the Royal City. 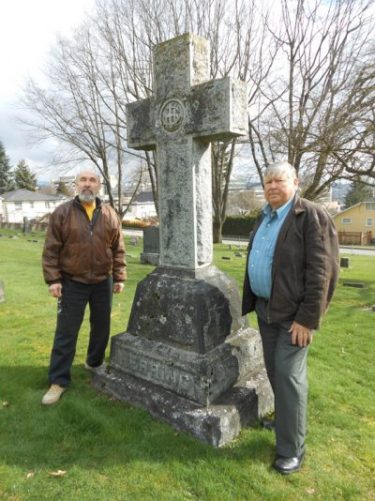 How could two seemingly respectable citizens be involved in something so sordid? And why would anyone want to murder them? To this day, the killings are unsolved.

Authors Rod Drown and Ken McIntosh spent six years exhaustively researching every detail, every lead in pursuit of the MacLauchlans’ killer. In No Dog Barked: Who Killed the MacLauchlans? they don’t just focus on the murders. They paint a detailed picture of the Vancouver and Canadian drug trade and its complex web which spread to Europe, Asia and the United States.

Using police records, coroner’s reports, interviews, and extensive archival newspaper coverage, Drown and McIntosh show how as details of Dr. MacLauchlan’s squalid past began to emerge, it became clear that heroin dealing was just the tip of the dirty doctor’s criminal iceberg. It turns out that Dr. MacLauchlan was almost certainly high up in the William Faulder “Fats” Robertson crime organization, one of the biggest drug trafficking gangs in Vancouver at the time. The doctor’s previous rap sheet included jail-time for performing abortions, illegally prescribing pain killers, and professional misconduct that cost him his licence to practice medicine in Alberta. 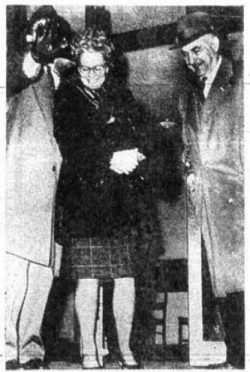 In 1957, MacLauchlan decamped from provincial prison in Calgary and moved in with Margaret Ann in New Westminster, passing himself off as her uncle. “Nan” was 12 years younger than the doctor.

As Drown and McIntosh point out, all pretence of the uncle-niece relationship went out the window shortly after their arrests in 1965. The couple were married on February 11, 1966, almost certainly because at the time, a wife could not be made to testify against her husband.

But Nan giving Crown’s evidence was not Dr. MacLauchlan’s real problem. He was 72 years old and didn’t relish a long stretch in prison. Being high up in the Robertson organization, he had a lot of information he could trade for a lenient sentence. And his trial was set to begin in just a few weeks.

Drown and McIntosh posit that MacLauchlan likely tried to blackmail Robertson into giving him enough cash so he and Margaret Ann could skip town, possibly to Mexico. Otherwise, he may have had to cut a deal with the Crown. In the most plausible scenario, Robertson’s response was to hire a hit man from Montreal who did the job in classic Mafia style, shooting both MacLauchlans in the head at point-blank range. There were even a dozen red carnations delivered to the couple’s door the next day — another Mafia calling card. 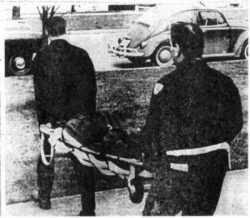 But the question remains: who pulled the trigger? And who ordered the hit? Despite tremendous research and tantalizing clues, Drown and McIntosh are experienced investigators who admit that, despite their best efforts, they don’t quite have the goods to name the culprits with confidence. However, they do present a line-up of the likely suspects — a comprehensive rogue’s gallery including criminals from Montreal, Vancouver, and elsewhere with ties to the drug trade and organized crime.

Along the way, Drown and McIntosh place the murders in the context of the drug trade as it expanded during the 1950s and 1960s. Fats Robertson wasn’t the only gang leader dealing heroin in Vancouver and Canada. Other villains like the Palmer Brothers in Vancouver and Montreal’s Lucien Rivard are part of the landscape described at length by the authors. Even Andy Bruce makes an appearance, although Drown and McIntosh rule him out as a suspect. 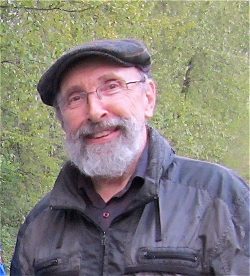 And what, you may ask, about Pogo and why entitle the book No Dog Barked? That, Drown explains, is a tip of the hat to Sherlock Holmes. In Sir Arthur Conan Doyle’s The Adventure of Silver Blaze, Holmes investigates the theft of a famous, winning racehorse. On the night of the theft, no one heard the watchdog bark. From this, Holmes deduces that whoever stole the horse must have been known to the dog and naturally solves the case.

Drown and McIntosh have come to the same conclusion. The fact that Pogo didn’t bark is indicative of the MacLauchlans having known their killer and that the murderer was someone the dachshund was familiar with. But just who that was remains a mystery, one which perhaps Holmes himself couldn’t have solved. And Pogo has taken the secret to his grave.

No Dog Barked: Who Killed the MacLauchlans? is detailed — so detailed that sometimes the sheer volume of evidence Drown and McIntosh present gets in the way of the storytelling. But the scope of information is impressive, including the extensive guide to “certain crimes and criminals” in the extended version which is almost 100 pages long. 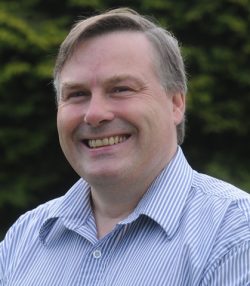 Don Hauka is a versatile writer who has worked in every medium, from print to broadcast, new media to stage and screen. As a journalist, he covered Parliament Hill and the B.C. Legislature for The Province newspaper and Southam News. He’s the author/co-author of five books, including McGowan’s War (New Star, 2003), a vivid account of the birth of B.C. politics on the Fraser River gold fields. He’s also the co-writer and executive producer of the award-winning documentary, Canyon War: The Untold Story. Born and raised in B.C., he lives in New Westminster.