The Death and Life of Strother Purcell
by Ian Weir 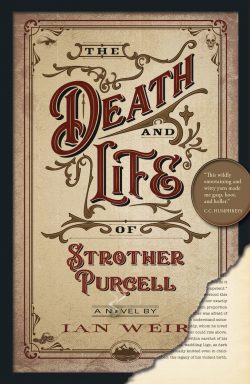 Whether or not early British Columbia can, in reality, be lumped into a western American formula is for the professional historian to decide.

Meanwhile, if you are a fan of the stereotypical old Wild West with all its elements of blood, sweat, guts, and gunfights—where a man’s life is of little value and revenge is all-important—Ian Weir’s The Death and Life of Strother Purcell is definitely for you.

Weir, a widely experienced screenwriter, brings the reader into the late 1800s with amazing detail. His expressive text, both dialogue and prose, is both realistic and faultless. And, despite the occasional bloodthirsty violence, Weir’s humour shines through in the dialogue.

When I first began this story, I wasn’t quite sure if this tale was non-fiction or fiction. Was Weir describing real characters from the Wild West? That initial observation boded well for a review because it meant his characters were so authentic that I felt they must surely have lived and died in those days.

The story begins in the winter of 1876 when three Americans from the Deep South stopped by a roadhouse near Hell’s Gate a few miles from Yale along the old Cariboo Wagon road in the Fraser Canyon. What happens there over the next few days sets the stage for a long, twisted, involved story of hate, revenge, love, and tragedy. 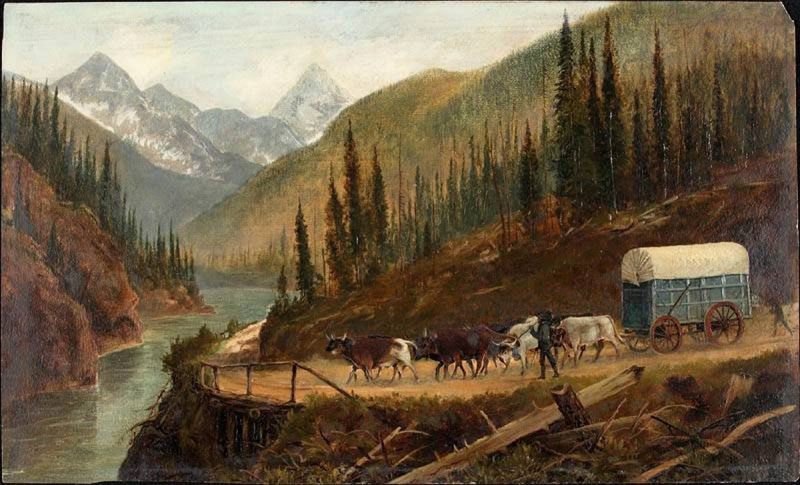 A freight wagon on the Cariboo Road in the Fraser Canyon, by Edward Roper, circa 1887. Winkworth Collection, Library and Archives Canada

The only problem a reader might encounter is trying to keep track of the myriad of characters, some of whom change their names throughout the story, which makes them all the more difficult to follow. The time period switches from the 1870s to the 1890s with alacrity, and then goes back even further to the years between 1848 and 1850, which can at times be confusing. This book is certainly not a relaxing or an easy read. It requires readers to concentrate — or else you might lose the plot entirely! I found myself constantly back-tracking to confirm who was who.

All of that having been said, it is well worth your time to continue to the end because Weir manages to build the tension and somehow hold your attention to the final scene.

The story of Strother and his stepbrother Elijah (known as Lige) is told in an ingenious style through the eyes of many different people. And therein lies the beauty of this work because, as we know, everyone tends to see the past differently. For this reason, the reader is left to wonder what exactly is the truth? 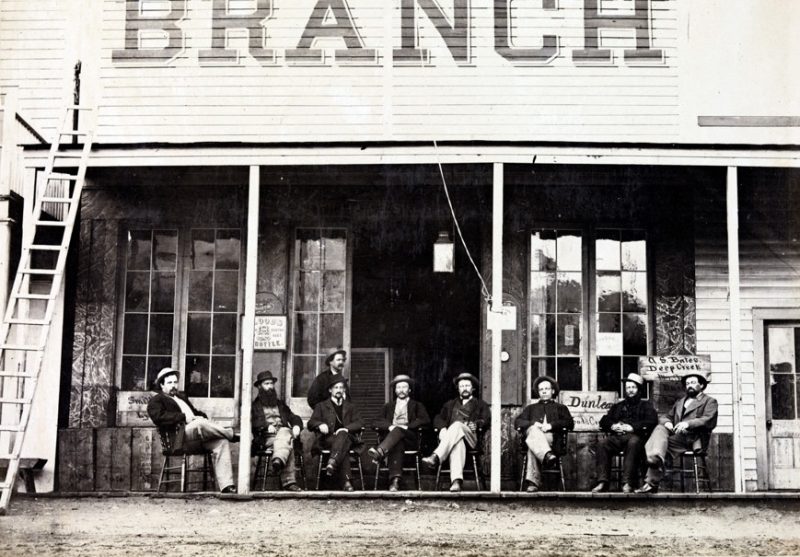 One of the narrators is a man called Barrington Weaver, a journalist who is looking for a good story to help make him famous as a writer. His first idea is to write a book about Wyatt Earp but his encounter with Earp and his wife (an amusing episode in the book) comes to nothing. But once he discovers that the legendary Strother Purcell is still alive, and did not perish in a snowstorm sixteen years earlier as he was purported to have done, Weaver becomes hell bent on writing his story. The only problem is that he needs an exceptional conclusion to bring together the two estranged brothers and resolve what really happened between them.

Was Strother Purcell the legendary lawman he was said to be, or the one-eyed radical he later became? Was his stepbrother truly an unspeakable murderer?

The Death and Life of Strother Purcell is not told chronologically but flips back and forth from that first scene in 1876 to sixteen years later, when the supposedly deceased legendary lawman Strother Purcell re-appears in a San Francisco jail under another name and as a completely different person. He is now a one-eyed, derelict, homeless man. So what happened in the years between?

The genius of this well-crafted story is that what happened in those years is told through those numerous written accounts from different people. Perhaps this might prove to be confusing to the reader, which it certainly is on occasion, but it also shows how legends are born and exaggerated upon through the years. What is the real truth? 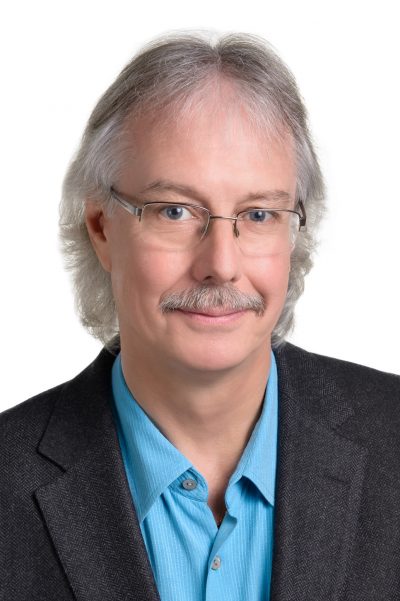 Even the Prologue is extraordinary. It reads as if the actual editor of this book is talking about the manuscript he just received from Ian Weir, the author; but instead it is really all part of the story. In any event it is a very creative and unusual way to begin a story.

This book contains all the ingredients necessary for a tale set in those old Wild West days. One thing is certain: it might contain only one real truth, which is stated by Weir at the beginning and at the end of the story:

They were passing into myth before the snow had commenced to fall in earnest on that bleak midwinter afternoon, blurring the hard distinction of this world. So it is not possible with confidence to say where certainties begin and end. There were three of them; this much at least is beyond dispute….

Ian Weir is an award-winning playwright and screenwriter who now lives in Vancouver and is also the author of Daniel O’Thunder and Will Starling.

If you enjoy a book that is packed with action and just a little different from the rest, this one is for you. 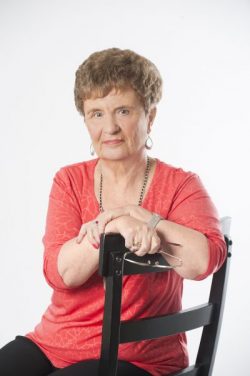