With the subtitle, Mountains, Marriage, and Motherhood Jan Redford’s End of the Rope (Penguin Random House $32.00), alerts us to the fact that the End of the Rope merges two subjects—ferocity and domesticity.

As an unhappy young girl, Redford threw herself against a rock face in frustration with her father, climbed it, and unleashed an unbalanced, dangerous energy that propelled her to make risky decisions and walk on the wild side.

She was tough, promiscuous, street smart and largely poor, living the rough and tumble life of a rock climber, doing what she needed to do in order to enable the peripatetic life of an adventurer: tree planting, waitressing, guiding, living on unemployment insurance. From the age of eleven, she kept angst-ridden journals. 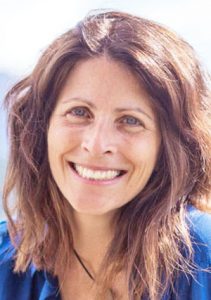 Redford’s narrative revisits her youth as a hard core tobacco-chewing, beer-drinking adventurer who skis; who mountain bikes; and who ‘white water kayaks.’ Her favourite adrenalin rush is strapping on her climbing harness and helmet, sorting her ropes and getting her fingers bloody.

In her early twenties, as a gal in a guy’s world, time and time again she freezes at the tough end of the rope as the lead, the one most at risk. Inner voices eventually urge her out of her terror zone and she carries on, but fear of falling is always lurking.

So, what drives her to prove herself to the rest of the world? Her often drunk father put her down; and physically her stature was short. How does this explain why she is drawn to men with dangerous passions?

Climbing can be fatal. Ultimately someone who could have been the love of her life is killed in a climbing accident in Alaska. After her lover’s death, Redford marries a close friend of his, another climber whose dream is to climb Everest and beyond.

Halfway through her memoir, Redford turns a corner and becomes a mostly conventional, unhappily married woman and mother. The couple lives hand-to-mouth until he becomes a full-time logger, something he swore he would never be. Year after year, Redford keeps planning to attend university. Instead, she has her second child within an already hopeless marriage, falling, falling, falling.

When the marriage finally ends, Redford makes it to university where she starts learning the ropes of the writing game, earning an MA in creative writing. The department doesn’t just teach paragraphs and commas; it’s also an incubation tank for those who want to learn how to climb in the hierarchy. “It is quite possible I’ve taken more writing programs than any other writer in the Lower Mainland,” she blogs. “After I handed over my thesis, I made the secretary swear she would hang up on me if I ever tried to sign up for another course.”

Now Redford has married again, to another risk taker—a stuntman—and she is climbing, climbing, living the precarious life of a freelancer writer, getting published from Toronto, viewed as a pinnacle by many.

“I’ve always managed to find trouble, even in the most innocuous of places or situations,” she writes on her blog. “Most of my adventures are more fun to write about than to live through.”

Review by Cherie Thiessen, a freelance writer and outdoorswoman on Pender Island.