Klee Wyck Journal: The Making of a Wilderness Retreat 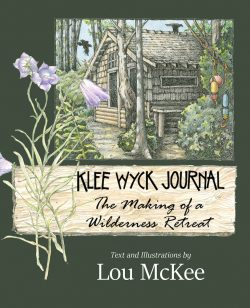 Pantheism has a long and storied history. Nature exalts in a way that is simultaneously nameless and named; unconditional and conditional; joyous and painful. But many people over the centuries have come to prefer the polytheistic pulpit of the forest, the mountains, the desert or the seas — the collective voice of the Divine — thus foregoing the finger-wagging shackles of theocracy. In short, Nature is their Muse and it best speaks for them.

One such person is Lou McKee, a Vancouver-born west coast illustrator and artist who has spent the better part of her working life in Bellingham, Washington, but always returning to the seascapes of B.C. for her good times. The reason is simple: those bucolic, childhood memories of summers on Texada island and the Sunshine coast, always at the shore and on the water. Her blood is laden with the nutrient-rich brine of the Pacific and her mind is not far behind in thinking about it. 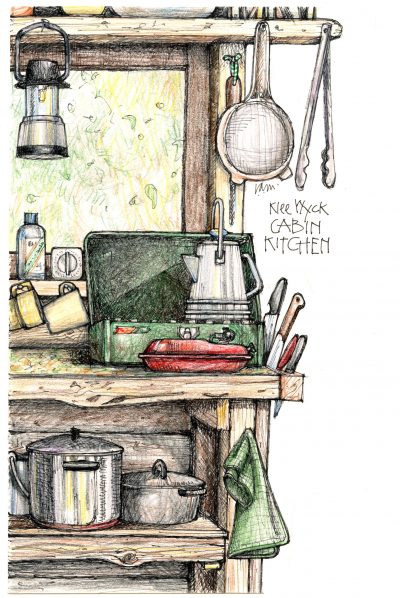 And the place this happened was from the buoyant structure of a sea kayak approaching the shores and forests of the Nootka Island archipelago in the upper northwest coast of Vancouver Island. This is where it happened. “It” was the idea that she and her partner David could bring some shelter and permanence — albeit seasonal — to this sylvan seashore.

This book is really a nostalgic, retrospective journal about the creation of a beachcomber’s shack on the far west coast of Vancouver Island during the 1990s and early 2000s. It isn’t an overtly poetic or spiritual account, as are many in this genre, but it does have legs and they walk us through a lot of valuable details. 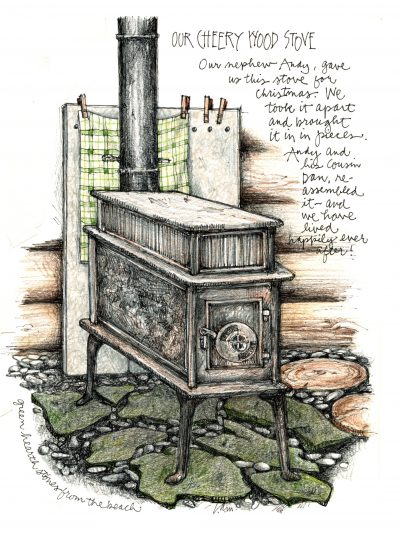 The exact location of the cabin and the area is left mercifully to the imagination but we do know that is somewhere in the Nootka Sound area. This area, of course, was the first to be colonized by Europeans, when in 1791 Spanish Catalan Guards were established at what was called San Lorenzo near Friendly Cove.

This book really is a protracted journal, a series of entries cobbled together with some lovely sketches by McKee. For the aspiring sea kayaker or wilderness adventurer wannabe, there are some good lessons to be found inside these pages. Plan, plan, and plan some more. Be prepared to work and endure the rains and the storms, even in summer.

It details the day-by-day — as well as year-to-year — challenges to fashion a refuge from the detritus of the forest and the sea. This part of the book is delightful, from the splitting of cedar shakes with a froe and a hardwood bowling pin as a mallet, to lugging logs off the beach to dry, cut, and shape with chain saws, to making the floor out of cedar rounds. A simple cabin it may be, but it took years and years of work. 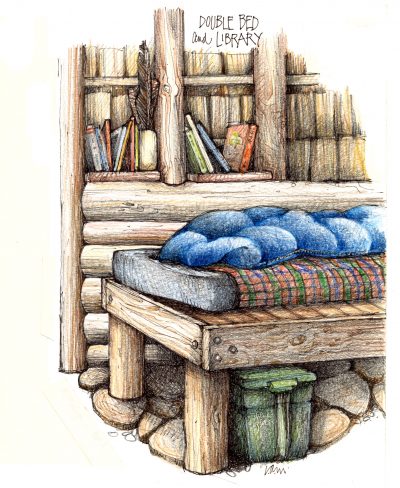 Long live the red cedar! — without these gallant forest refugees as a resource, there could have been no Klee Wyck cabin. (Klee Wyck, which means “laughing one” in the Chinook Jargon, was famously applied to Emily Carr at Ucluelet in 1899.) But this shelter, this rustic home was a necessary component of Lou and David’s yearly visits. Wanting to stay at Klee Wyck within the spell and beauty of an immensely beautiful land and seascape, meant – no, make that required — that one dealt with the inevitably capricious and often overwhelming weather of Nootka in the far northwest coast of Vancouver island.

Sometimes McKee would be tent-bound for a wet week unable to go anywhere. In effect then, this fearsome motivation was an uneasy and ever-present reminder of mortality, wilderness-by-the-sea variety, but balanced by a desire for a kind of ocean kayakers’ satori. However, this is also a spot where selflessness is de rigeur and the work and planning for that glimpse of satori quite demanding. Think twice before you plan anything like this.

The reward for McKee and friends are these bucolic moments that burn deep into the soul where all sub-vocal chatter disappears and all that’s left is one thought: “WOW! This is the best it gets!” 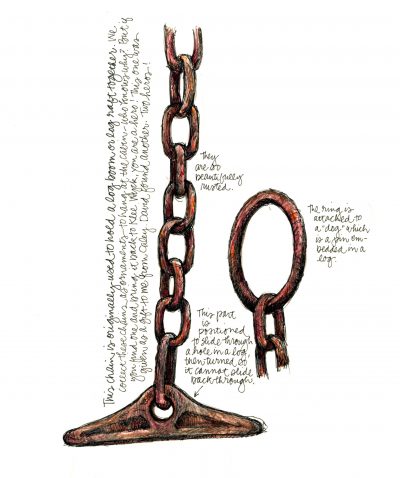 A boom chain for linking boomsticks together. “Grapple them unto thy soul with hoops of steel.”

So year after year and winter after winter, Lou and David returned to one of the most beautiful parts of the world. And what made them return was this image of an idyll, a place where they could kayak and fish and cook, and just generally have the time of their life.

The old notion of a labour of love has never rung more true than the travails and dedication to create this cabin over a span of fifteen years by the author and her husband as well as a merry band of kayaking pals.

I loved the sketches and drawings in the book but felt that some of them — not many of them, mind you — were really too small to be able to read McKee’s marginalia, which I always found interesting. Otherwise her drawings and illustrations are the strength of the book. Some lovingly and accurately provide a record of botanical detail; some are just pure funky, fun, and domestic.

There is a tip of the hat at the end of the book to Edith Holden’s bestselling The Country Diary of an Edwardian Lady (1977). In look and style there are similarities, but that is where the similarities end. McKee is no bourgeois poseur. Far from it. It is abundantly clear that she is a bright gem from the working class willing to toil with her own hands and, more importantly, to share it with her friends and her readers.

A good addition to the growing body of eco-travelling literature, Klee Wyck Journal: The Making of a Wilderness Retreat is a lovely production from Epicenter Press, an Alaska imprint in Fairbanks that specializes in outdoors titles. 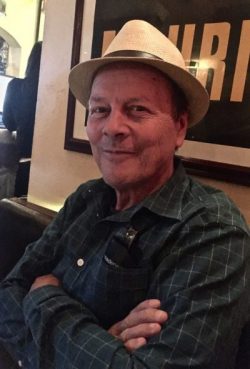 Grahame Ware is a writer and carver on Gabriola Island. He studied creative writing and communication studies at Simon Fraser University. As a feature writer, often under the Buzz Ware handle, he has been published in Georgia Straight, Vancouver Magazine, TV Week, TV Guide, and Toronto Star, and he had shows on CBC radio, CKVU-TV, and CO-OP radio as a freelance broadcaster and producer. He worked with Ken Smedley in performing plays by George Ryga, Sam Sheperd, and George F. Walker in the Okanagan. He taught ornamental horticulture at Okanagan College, made a living as a landscape contractor and rare plant nurseryman, and spent three years as editor of the Alpine Garden Club of B.C. With Dan Helms, he is author of Heucheras and Heucherellas: Coral Bells and Foamy Bells (Timber Press, 2005), and contributed articles to the International Rock Gardener, The Rock Garden, and The Plantsman. For nearly a decade he has dedicated himself to creating gongshi sculpture with cured driftwood and dried wood as his medium. See www.phantasma.ca for his wood sculpture and related subjects. 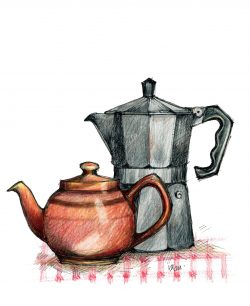 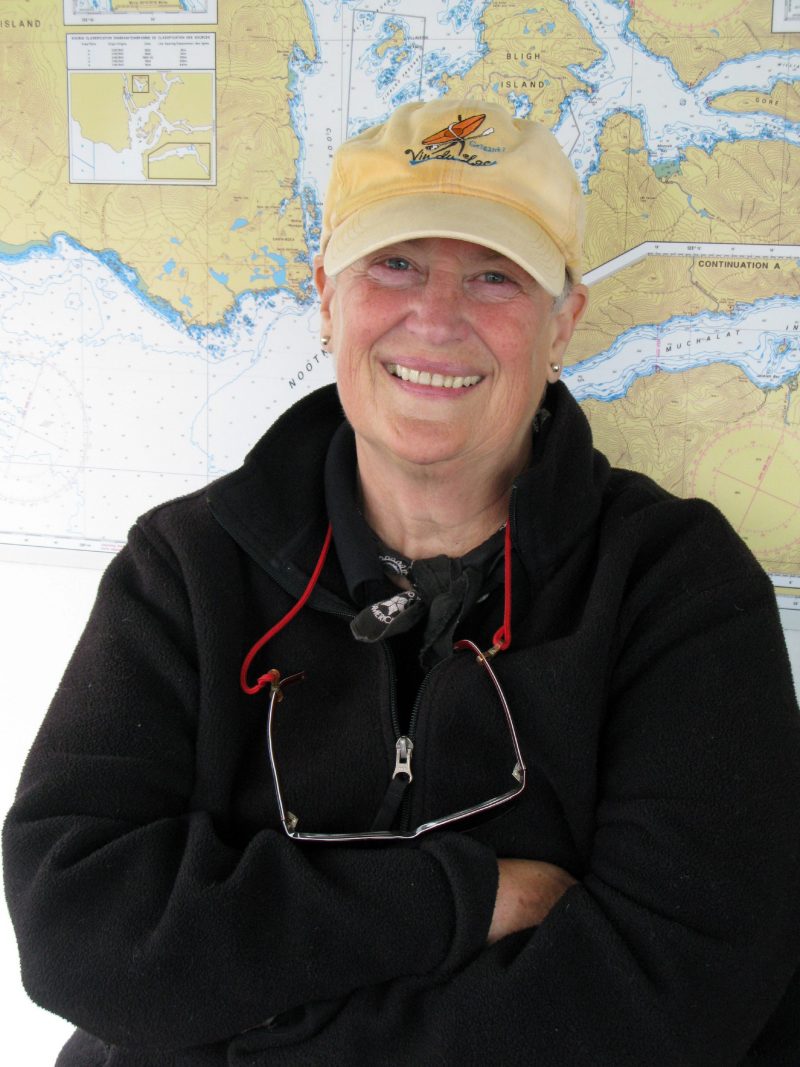 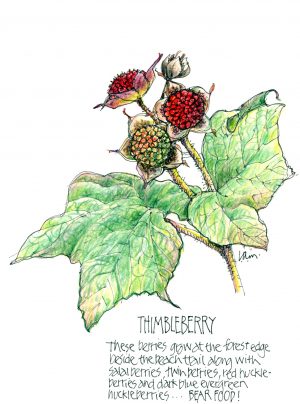 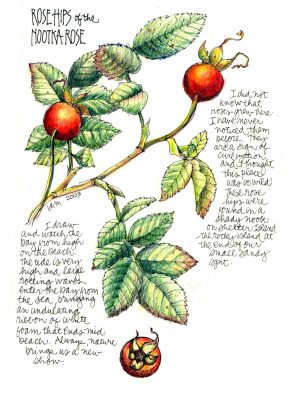 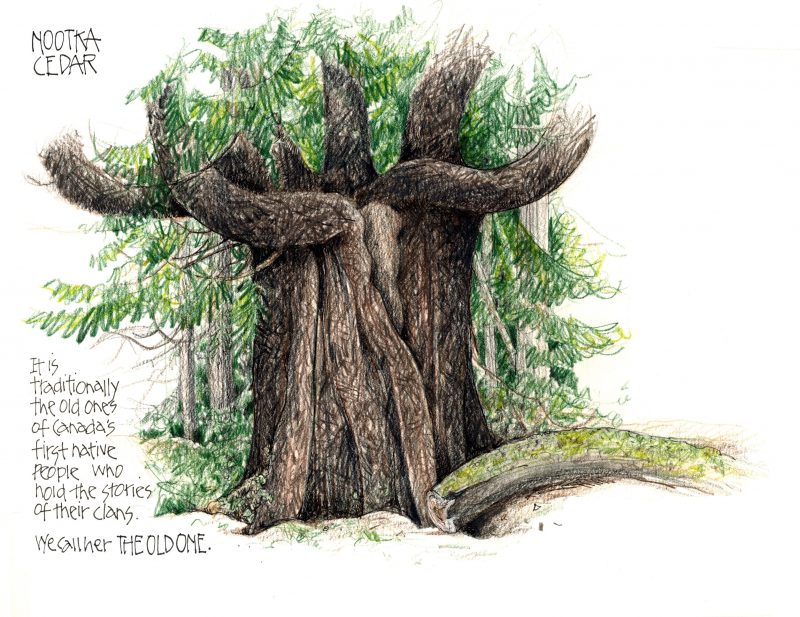