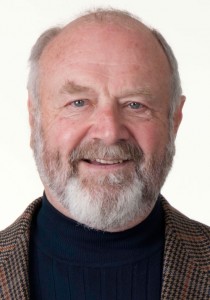 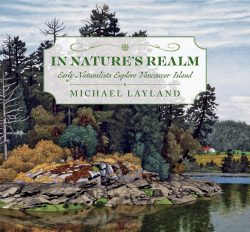 The $2,500 prize, given by UBC Library and Pacific BookWorld News Society, will be awarded at UBC’s Irving K. Barber Learning Centre in April.

Layland’s book explores the richly diverse flora and fauna of Vancouver Island through the records of explorers, settlers, and visitors, and with due respect to the wealth of Indigenous traditional knowledge of the island’s ecosystems.

“Since moving to Vancouver Island nearly 30 years ago, I’ve been fascinated by the island’s rich history, in particular during the eras of exploration and early settlement,” says Layland, “In Nature’s Realm combines my twin passions of history and nature, and complements my two earlier books. It tells how the Island’s flora and fauna appeared to the naturalists among the explorers and early settlers. It shows how their understanding was constrained by limited time and equipment, as well as the political motivations of their sponsors. In telling the story, I pay tribute to the Island’s original naturalists, the Indigenous Peoples, whose knowledge is at last being ‘discovered’ and appreciated.” 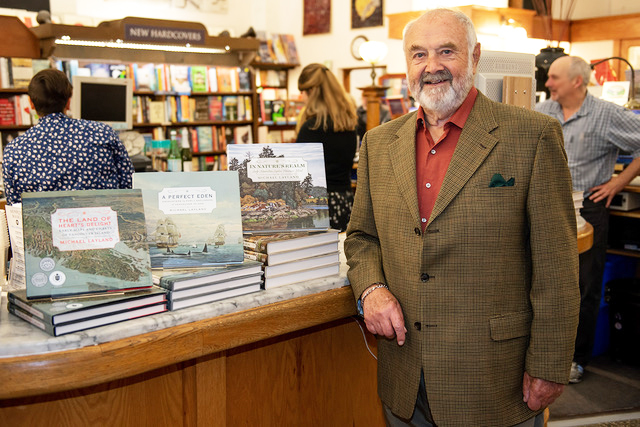 Michael Layland at Munro’s Books in Victoria for his October 2019 launch of In Nature’s Realm.

Trained as an officer and mapmaker in the Royal Engineers, Michael Layland was president of the Victoria Historical Society, the Friends of the BC Archives, and is an amateur naturalist.

The shortlisted titles for the prize are:

At the Bridge: James Teit and an Anthropology of Belonging (UBC Press $34.95) by Wendy C. Wickwire.

Against the Current and Into the Light: Performing History and Land in Coast Salish Territories and Vancouver’s Stanley Park (McGill-Queen’s University Press $32.95) by Selena Couture. 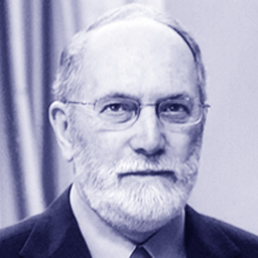 The Basil Stuart-Stubbs book prize was established in memory of Basil Stuart-Stubbs, a bibliophile, scholar and librarian who passed away in 2012. Stuart-Stubbs’s many accomplishments included serving as the University Librarian at UBC Library and as the Director of UBC’s School of Library, Archival and Information Studies. Stuart-Stubbs had a leadership role in many national and regional library and publishing activities. During his exceptional career, he took particular interest in the production and distribution of Canadian books and was associated with several initiatives beneficial to authors and their readers, and to Canadian publishing.