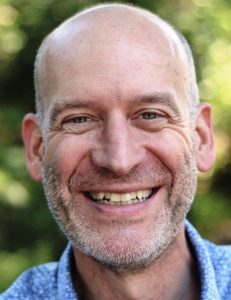 When he was banished from Iceland to Greenland in 982, Erik Thorvaldsson—aka Erik the Red—established a settlement at Qassiarsuk, or Brattahlid. It’s one of the northern locations that Bill Arnott recalls visiting in his memoir, Gone Viking: A Travel Saga (Wonderful Magical Publications $19.95 U.S.), a self-described “peripatetic pursuit of Norseman.” Including a trip to Haida Gwaii, it’s his attempt to honour Scandinavian exploration and influence that reached the British Isles, North Africa, the Mediterranean, Russia and most of Europe, particularly during the eighth to eleventh centuries. It was deemed a finalist for the new Whistler Independent Book Awards. As a small boy, Bill Arnott pretended a gunny sack belted with a length of cord was a Viking tunic. He completed the uniform with a helmet concocted out of paper-mache and horns; a round shield and sword made from light wood wrapped in tinfoil. It transported him to an imaginary world that stuck with him. Arnott later set out on an epic journey of his own following in the wake of “history’s most feared and misunderstood voyagers.” He called it “going a-Viking” in honour of the Norsemen’s “Grand Tour before rail or the Renaissance, an overseas experience without synthetic packs of Swiss Army Knives. Just wool and fur, wood and iron, axes as tools and weapons along with the power of sail, oar, and effort.” 978-1-926459-01-1