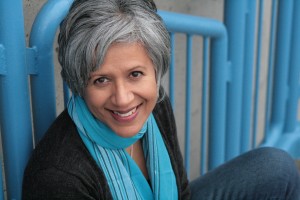 This Irish road sign appears south of Cork at Sheep’s Head peninsula for the memorial to mark the deaths of 329 people in 1985.

Congratulations to Vancouver’s Renée Saklikar whose much-shortlisted and bestselling Children of Air India (Nightwood) was chosen best poetry book in Canada by the Canadian Author’s Association on June 21. For the recent Dorothy Livesay Poetry at the B.C. Bo0k Prizes, Saklikar’s shortlisted title was nipped at the wire by Jordan Abel’s A Place of Scraps (Talonbooks) but she should consider this national award more than adequate compensation. The CAA poetry award winner receives $2,000 and a silver medal.

Children of Air India has already sold out one printing and now looks like it’s headed for a third printing—no mean feat for poesy in this day and age… Of course it doesn’t hurt that she approaches book promotion like the final week of a provincial election campaign ably abetted by her spouse Adrian Dix, who must be enjoying that elusive taste of victory.

Renée Sarojini Saklikar was 23 years old when her aunt and uncle were murdered on June 23, 1985, in the bombing of Air India Flight 182. In her first book of poems, children of air india: un/authorized exhibits and interjections, Saklikar presents a powerful and deeply personal collection. These poems offer a fresh perspective on a heartbreaking chapter in Canada’s history—the bombing of Air India Flight 182, which killed all 329 passengers and crew, including 82 children under the age of 13. “Lambert is not the kind of doctor who puts Humpty back together. He’s the kind who roots around in your brains ’til they dribble out your mouth.”—Billy Livingstone

If you’re hankering for some gritty fiction by Vancouver poet and novelist Billy Livingstone you can read a sample of her upcoming novel for free at Hazlitt magazine http://www.randomhouse.ca/hazlitt/feature/watch-night. Hazlitt, the online zine run by Random Canada, has a series where it asks fiction writers to do a story based on “the

trashiest, most lurid, or just bizarre stories of the moment and writes a short story inspired by same.” Billie took off on a documentary called Oxyana about this town in West Virginia where all anyone does is score Oxycontin. She got into the swing of it and decided to expand it into her next novel, due out next year.

You can support the First Nation Communities Read by purchasing some or all of the 2013–2014 featured titles from GoodMinds, the program’s official wholesaler.