In 2011, Mike Rousseau recruited 33 active archaeologists and scholars in related disciplines to contribute to Archaeology of the Lower Fraser River Region. Their work extends temporally from the last Ice Age to the historic period and spatially from the Fraser Delta to Lillooet. Their essays concern a variety of settlements, from rock shelters to village sites like Musqueam; a range of material culture and subsistence, from basketry to plant use; and historic sites from the gold rush to salmon canneries.

“This book provides a window into the world of archaeology as it exists in the province today,” notes Ormsby reviewer Bob Muckle of Capilano University. — Ed. 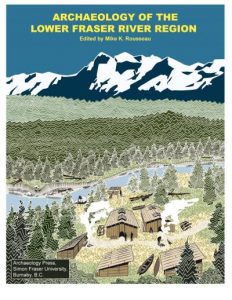 Archaeology in British Columbia often flies under the radar. Occasionally a story involving archaeology hits the mainstream press, but usually the work of practicing archaeologists goes largely unnoticed, even by other archaeologists working in the region. Reports are written, course, but even if researchers interested in heritage know about them, they are often difficult and time-consuming to access and absorb.

In 2011, to bring some of the archaeological research undertaken in the Lower Fraser River region over the last few decades to light, archaeologist Mike Rousseau put out a call to archaeologists to provide summary reports of some of their work in this part of B.C. Contributors are mostly involved in commercial archaeology (undertaking projects in advance of development), but archaeologists from academia and representatives of First Nations are also represented.

Archaeology of the Lower Fraser River Region has 290 pages, including 29 chapters and 32 pages of references. It is well illustrated. It is open-access, allowing readers to read it for free on-line, or to download each chapter separately. Primarily intended for archaeologists and other researchers with interests in the human past, the book will also be of interest to non-professionals with an interest in the Lower Fraser River region, past and present. 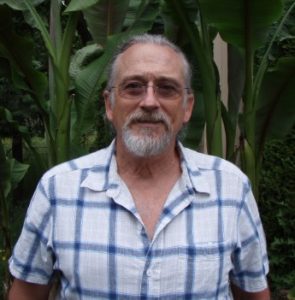 I imagine many people in this region will be surprised and interested to learn of the archaeology going on around them. For example, those who travel over the Golden Ears Bridge may be surprised to learn of the significant archaeological site excavated prior to construction, or how some archaeologists interpret accumulations of rounded stones as weaponry. Most chapters appear to be written with the assumption that readers will have some understanding of archaeology, but they are not so jargon-laden that non-professionals will be frustrated to the point of not reading them.

The thematic organization of the book is primarily geographic, with the first four major sections corresponding to geographical sub-areas: the Lower Fraser Canyon, the Fraser Valley, the North Lakes, and the Fraser Delta. The final section focuses on the entire region.

Mike Rousseau’s introductory chapter provides the framework for the volume, describing the region and its four sub-regions and outlining the time period of interest, ranging over the last 10,500 years. Contributors to the following 28 chapters include a veritable who’s who of archaeologists working in the Lower Fraser region.

The first major section of the volume — the Lower Fraser Canyon — includes six chapters, focusing respectively on stone structures found in multiple sites (by Kisha Supernant), a petroglyph site hypothesized to be associated with shaping and sharpening tools (Jordan Eng), the South Yale Blockfield (Pierre Friele), which is a natural feature of debris; an overview of investigations at the South Yale site (Mike Rousseau and Vanessa Chang), a report on Captain Charlie’s pithouse near Hope (Jeanne Arnold, David Schaepe, Naxaxalhts’i [Sonny McHalsie], and the archaeology of colonialism in the Fraser Canyon (Brian Pegg). 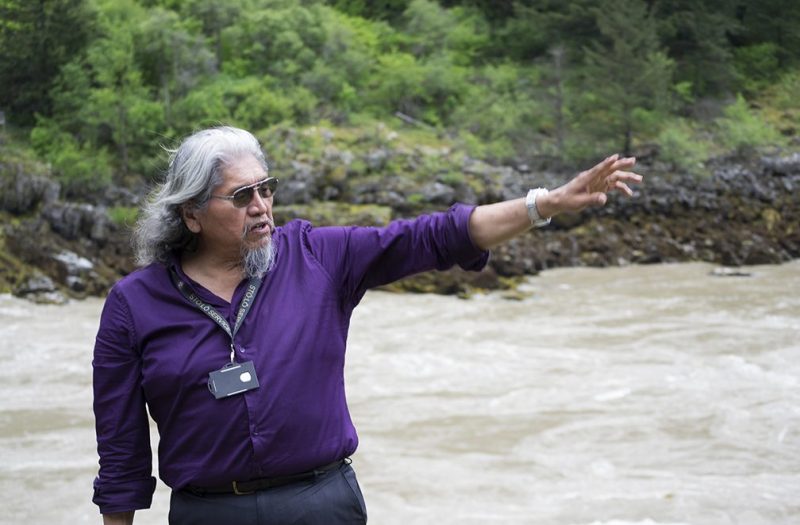 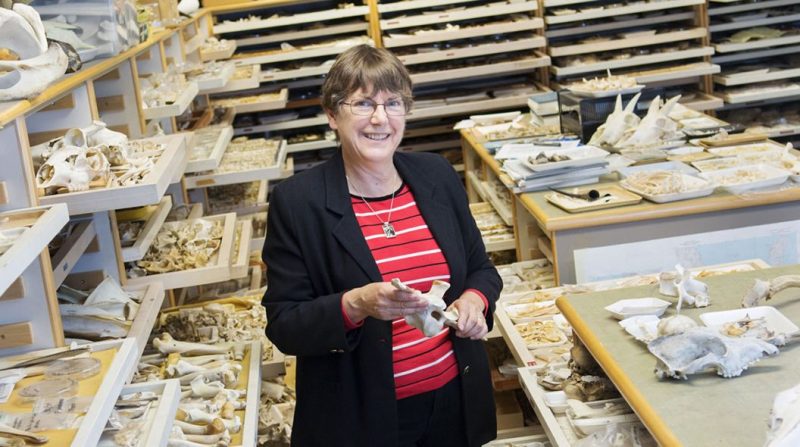 The third and fourth sections account for only seven chapters. The North Lakes Sub-Region includes four of these. These include one chapter on the occupational history of the Stave Watershed (Duncan McLaren), an overview of the Port Douglas town-site (Michael Taylor), and two chapters on prehistoric occupation in the Lower Lillooet River Valley (one by Adrian Sanders and Peter Merchant, the other by Peter Vigneault and Ryan Dickie). 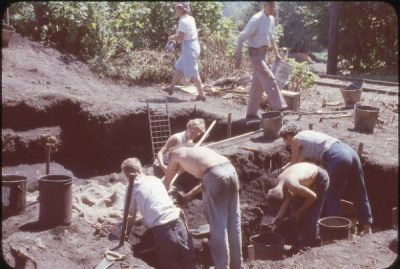 The shortest section of the volume, the Fraser Delta Sub-Region, includes only three chapters. One of them is the longest in the book, however, describing an extensive history of archaeological excavations at the Marpole site in south Vancouver (Bruce Ball).

The following chapter focuses on the St. Mungo and Glenrose Cannery sites (Morley Eldridge), and the section closes with chapter on the archaeology of Chinese and Japanese components at a Fraser River salmon cannery (Douglas Ross). 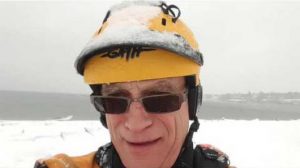 The final chapter, “The Fraser River Salish as Innovators,” by SFU Archaeology Emeritus Professor Roy Carlson, is the most integrative, providing a synthesis of culture history, primary through the lens of innovation, and focusing on fishing, socio-cultural complexity, and art of Coast Salish peoples.

This volume hits on many topics of primary interest to archaeologists working in this region. Most chapters focus on the period before the arrival of Europeans, but several focus on more recent times. Other areas of prime interest, such as stone tools, rock art, culture history, plant and animal remains, and basketry, are also covered in multiple chapters. 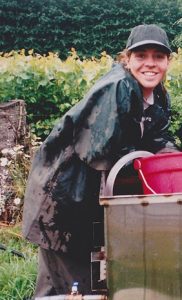 Archaeology of the Lower Fraser River Region has many good features. For starters, it is free. More than that, this book provides a window into the world of archaeology as it exists in the province today. This is the kind of work that is done by professional archaeologists working in advance of development projects, work being done by graduate students and professors interested in pure research, and work being done in the context of Indigenous archaeology.

But this volume is only a small window. There are more than 50,000 recorded archaeological sites in the province, with a few thousand more being discovered and recorded every year. Archaeology is all around us. On any given day there are likely to be multiple archaeology projects going on in and around the Lower Fraser River Region as well as the rest of the province. This volume makes some of that research accessible.

I find it hard to critique a book that is free and full of excellent content, and in which the contributors and editor all volunteered their time and expertise. Nevertheless, I do have a few minor criticisms. I would have liked a short introduction for each section, highlighting the major themes and principal content. 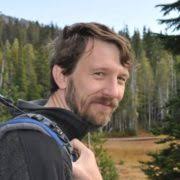 Overall, I like this book a lot and welcome it on my shelves. I hope it will be used as a model for other areas of the province, and I also hope that there will be future editions of regional work and synthesis.

All the contributors are to be commended for the time and effort they put in, as is editor Mike Rousseau for taking on the monumental task of editing a volume with 29 chapters, and also SFU Archaeology Press for making it open access. 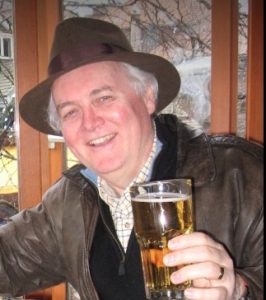 Bob Muckle has been practicing, teaching, and writing about archaeology since the 1980s. Recent books include The First Nations of British Columbia (UBC Press, third edition 2014), and Introducing Archaeology (University of Toronto Press, second edition 2014). He is currently midway through writing a semi-scholarly book on his own long-term archaeology project (in the Seymour Valley, North Vancouver), and is also writing a book designed for non-specialists on the archaeology of B.C. 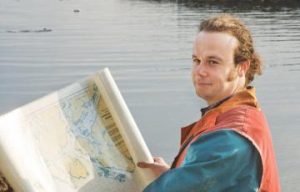 Duncan McLaren of the University of Victoria 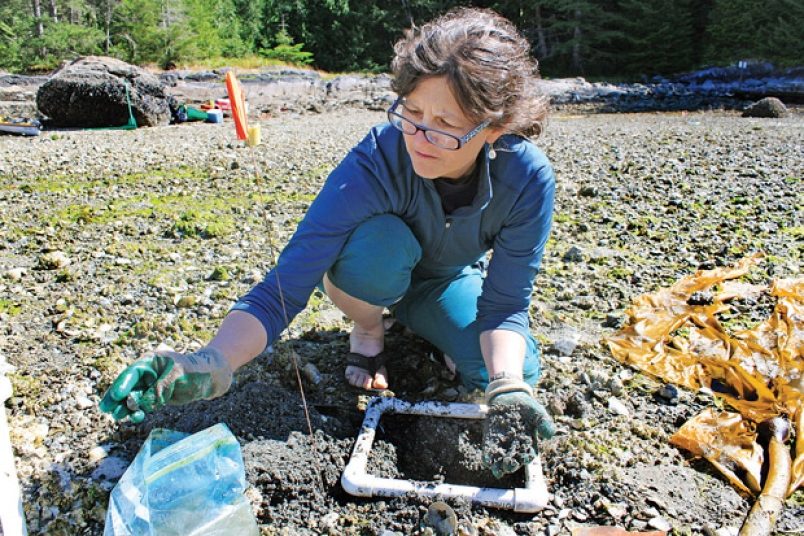