Fay Weller and Mary Wilson of Gabriola Island have teamed up to present Changemakers: Embracing Hope, Taking Action, and Transforming the World, a book that celebrates everyday people who have effected change in our attitudes to food, shelter, energy, transportation, waste, and economics.

“It is satisfying to devise a life aligned with our core values,” notes reviewer Sandi Ratch. “Weller and Wilson consider that such an alignment is an important definition of happiness.”  — Ed. 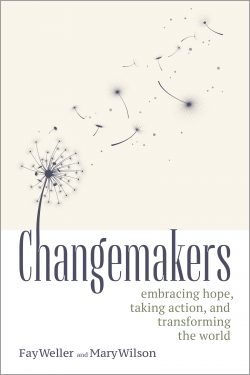 I needed to read Changemakers: Embracing Hope, Taking Action, and Transforming the World. After years of trying to make a difference and help our environment, I had become jaded and lazy in my personal efforts when it seemed so many others were doing nothing. But Changemakers explains how iterative learning happens: change may be slow, but individual changes in lifestyle are necessary even when they feel pointless. In fact, they are the necessary starting point.

Ten years ago, I was carrying glass straws because I could see the damage plastic ones were doing. Eventually I gave up. It was a pain to carry one around, and millions of other people were still using plastic straws every day, so what difference would my little action possibly make?

But we now have arrived at the plastic straw tipping point — a time when enough people see the effect of plastic straws on ecology and wildlife. They litter the streets and countryside. Plastic straws are now being banned. This small success was started by many, like myself, who initiated change a decade before. And it wasn’t for naught.

Fay Weller and Mary Wilson of Gabriola Island explain the importance of starting with small and even symbolic gestures. Change is a process and individual action matters. “By changing ourselves, or changing a relatively small detail of the way we live, we change the world” (p. 143). 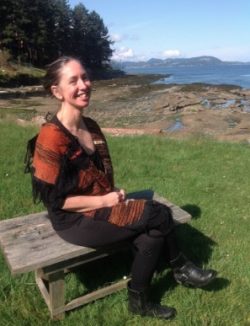 They also provide examples of individual and community efforts in one of the more environmentally conscious parts of Canada: B.C.’s Gulf Islands, many of which benefited in the 1960s and 70s from the arrival of counterculture refugees and draft dodgers from across Canada and the U.S. The isolation of Denman, Gabriola, Cortes, Salt Spring, and other islands made them ideal for starting farms and communes where creative environmental action could happen beyond the government radar.

Attitudes in these communities promoted environmentally uber-conscious, alternate-thinking, regulation-bending settings where people were apt to think outside the box and cooperate in community action. These islands were local hothouses where the small actions that precede larger movements took root, persisted, and modelled change for other communities.

In the wake of Harper and now, south of the border, of Trump, when environmental protection measures are being cut and environmentalists are losing ground, it is a relief to encounter Changemakers. It provides local success stories of people changing the system, and it incorporates lessons and inspiration from the legitimate and established frameworks of psychology and Buddhism for approaching a daunting global problem. 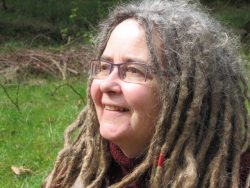 Weller and Wilson point out that while environmental solutions must start at the personal level, they cannot end there. A society will not transform its habits and policies all at once. We need to create a new way of living. The people and work in Changemakers show us that it can be done. For example, Weller and Wilson mention the “neighbour effect,” where a change by one person will inspire others nearby to make the same change. Whether backyard composting, solar panels, or heat pump systems, these virtues — like charity — “begin at home.”

Changemakers also considers the distress we feel when we make shifts in thought and action. We may feel a dissonance developing when “the societal story that we have learned does not fit with our reality or experience” — but we can also feel a resonance when we see people working toward a new world that fits with our core values. 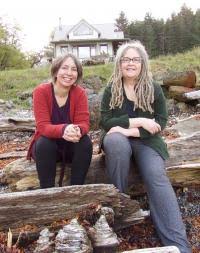 Accordingly, about half of the book (pp. 41-141) is dedicated to what Gulf Islands people and communities are doing to help the environment. Topics include Food, Transportation, Plumbing, Clothing, Resource Re-use, Energy Options, and Challenging the Economic System. These informative narratives show how even small groups of dedicated individuals – to invoke Margaret Mead – can create change in their communities. While the process of extending similar changes to larger groups might seem arduous and grim, it is also satisfying to devise a life aligned with our core values. Weller and Wilson consider that such an alignment is an important definition of happiness.

The final fourth of the book has a manual focus. It is “a hands-on workshop” (p. 155) for those who want to build community change. Weller and Wilson provide guidelines and a framework for reflection, mindfulness, and community action. They even provide facilitation techniques.

Changemakers is a workbook, a manifesto, for initiating environmental change at individual and community level through personal engagement, workshops, and word-of-mouth. 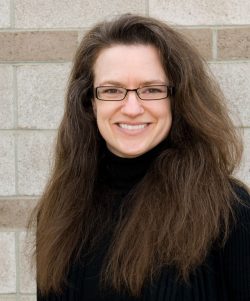 Sandra Ratch is a writer and heritage consultant with a Master’s Degree in Archaeology from Simon Fraser University and over 25 years of experience in the heritage field. She has been environmentally conscious since her childhood in the rapidly urbanizing Okanagan Valley. Having spent most of her life in British Columbia, she now lives in Wetaskiwin, Alberta.