Pat Ardley’s Grizzlies, Gales, and Giant Salmon “tracks an urban couple’s hair-raising adaptation to the coastal wilderness,” notes reviewer Jeanette Taylor. “When something went wrong in this remote place, it quickly escalated into an avalanche of calamity.” This compelling love story and float camp adventure is set at a floating fishing lodge at Rivers Inlet on B.C.’s central coast. – Ed. 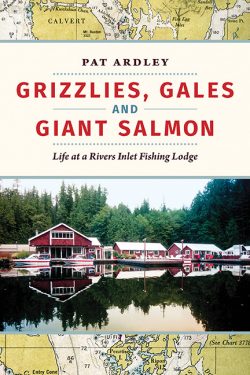 The questing spirit of the 1970s, a search for freedom and a return to nature, sent George Ardley to a new job as a junior lighthouse keeper on British Columbia’s mid-coast. Along for the ride was his new friend and bride-to-be, Pat. He was 27 and she was a fresh-eyed 21. He grew up on the coast around boats and fishing rods; she was a recent arrival in Vancouver from her home on the prairies.

George had a youthful dream to become a lighthouse keeper, and Pat was up for adventure. The resulting book, as Ardley tells us, presents her side of the story from their start at Addenbroke Lighthouse on Fitz Hugh Sound to their years as co-owners of a destination fishing resort at Rivers Inlet.

The book’s folksy title — Grizzlies, Gales and Giant Salmon — suggests that bears were a nemesis. But it was travel in make-do boats, with George “Hurricane” Ardley at the helm, that drove Pat to find a meditative trance to cope with, and eventually master, her fear of travel at sea.

Pat shares each new discovery of her emerging skills in a style reminiscent of the popular alternative magazine of the day, Mother Earth News, providing fulsome tips for raising chickens, hot water bath canning, and making bread and kelp pickles. After two years at Addenbroke Light, George was offered an opportunity to manage a floating fishing resort in nearby Rivers Inlet. Pat was to cook for up to eighteen guests, and typical of her gutsy spirit she agreed in a snap. 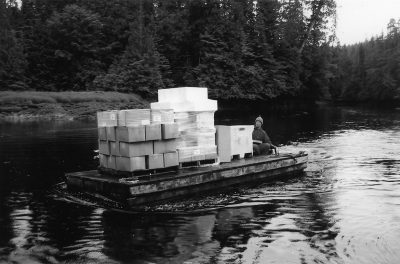 Boxed in for winter

The blow-by-blow anecdotes that follow are strung together in a romp that builds toward the crescendo of establishing their own resort, Rivers Lodge. Ardley chronicles every step in meticulous detail as they worked side by side to bang together a floating camp, one raft and structure at a time, from logs harvested in the inlet.

Peppered throughout are descriptions of the coast that are both alert and alive, giving us the fresh and original perspective of a newcomer. “After the snow stopped falling we could see the mountainsides on Calvert Island well defined by the blanket of snow,” she wrote of her first winter, “and the world seemed to be only soft shades of grey and white.” 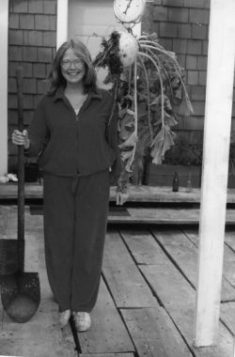 The Ardleys’ early experience in Rivers Inlet managing an established resort charted the pattern of their adult lives. “He spent a lot of time with guests out on the water, and the country just grew into his soul. My soul was still deeply seated in the Prairies, but I loved our experiences, the incredible wild country and the man.”

They chose a sheltered site near the mouth of Rivers Inlet and began the gradual — and sometimes tortuous — process of building their lodge. Ardley recounts stories of their endless misadventures with humour. When something went wrong in this remote place it quickly escalated into an avalanche of calamity, whether it was an unexpected storm during a boat trip to get supplies, or the arrival of a much-needed freight boat in the dark of night. George and Pat faced it all with unflagging energy and drive.

Pat Ardley’s memoir gains universality in the love story that lies at its core, sidetracked sometimes by minutiae that read like a how-to guide to living and working in the wilderness. But the story thread of Pat’s love for George — and their two children — remains frank and compelling throughout. She’s candid about their missteps, which they faced with laughter, and grateful for George’s blind faith that she could handle anything from learning to become a gourmet cook, riding out a storm on her own, or facing down a lecherous neighbour. 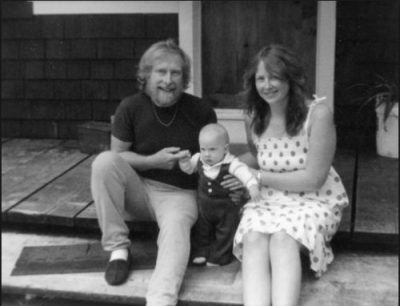 Pat draws us into George’s enthusiastic vision for their challenging way of life, one that allowed them to be their own masters. Her only regret was a desire for more time to read, a hint at her own vocation that was to come to life in the writing of this book.

And what more fitting first subject for a new author than her own wild ride with Hurricane Ardley! George was “living the dream,” as so many of their visitors and clients proclaimed. As Pat Ardley bears witness, in a tale that’s sure to endure as a coastal adventure to parallel books of earlier generations, Grizzlies, Gales, and Giant Salmon tracks and celebrates an urban couple’s hair-raising adaptation to the coastal wilderness. 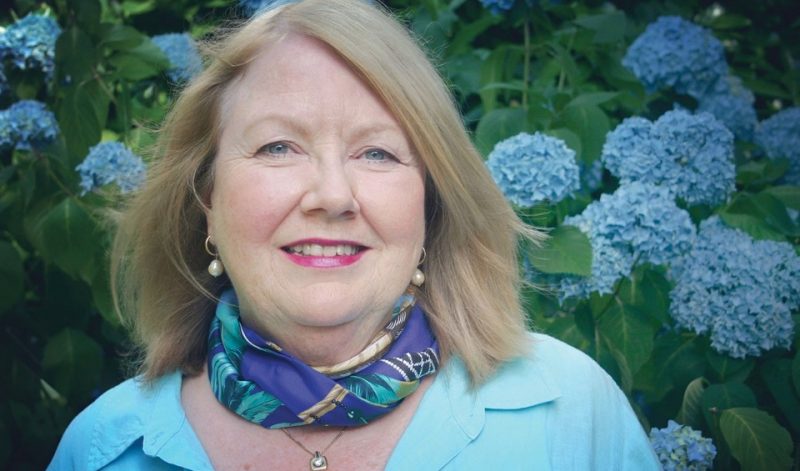 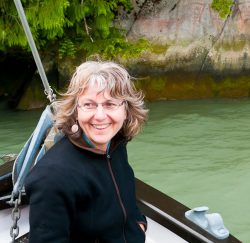 Jeanette Taylor has an infectious passion for the stories of the people and places of the B.C. coast, collected during her years with the B.C. Archives, the Museum at Campbell River, and latterly as the executive director of the Campbell River Art Gallery. She gives group presentations on B.C. history and leads heritage sites tours aboard the meticulously restored heritage vessel Columbia III. She has four books in print, three of them with Harbour Publishing. Her current projects are a biography of a British settler who became an Indian Agent on Vancouver Island, and a history of Twin Islands, once owned by German royalty. Jeanette mentors aspiring writers through workshops, one-on-one tutoring, and manuscript reviewing. She writes from the office of her 1893 log home on Quadra Island, overlooking gardens, orchards, and the sea. When not writing, or digging for details about some intriguing character, her favourite places to be are kayaking among the islands and playing with her grandchildren. For more, see http://thescribes.ca/ 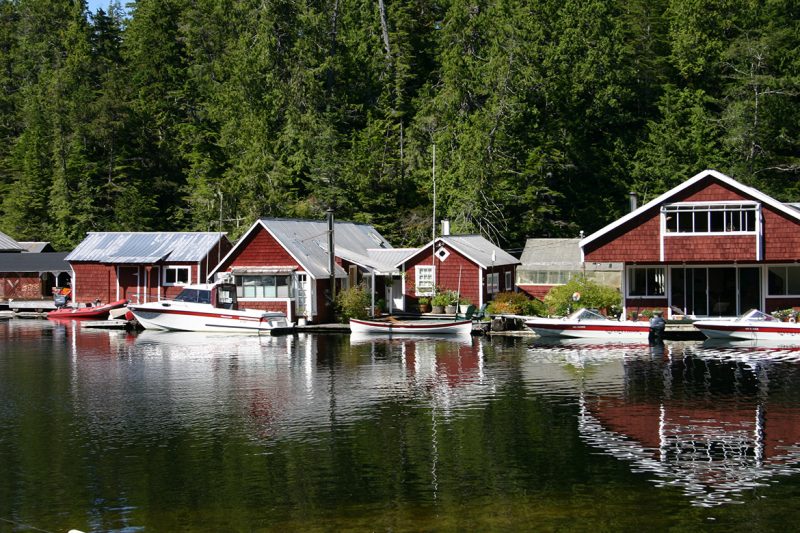