Our Familiar Hunger
by Laisha Rosnau

In Our Familiar Hunger, Laisha Rosnau of Vernon honours her Ukrainian grandmothers on their traumatic journey between Russia and the Canadian West. “Rosnau’s narrative is sewn tightly into these verses with the perspective of a novelist joined with the skill of an experienced poet,” writes Elee Kraljii Gardiner. — Ed. 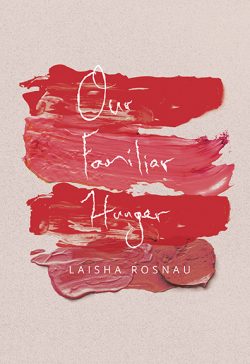 This fourth book of poetry by Laisha Rosnau, also the author of a novel, takes up the collective voice of the immigrant experience of Ukrainian and Eastern European women. Primarily unnamed in the poems, these women came to western Canada under difficult circumstances: escaping murder, cultural genocide, sexual abuse and extreme poverty.

Landing in Canada may have been translocation but it hardly provided much change. Rosnau unpacks the history of waves of patriarchal violence continuing the trajectory from the last century into today’s hangover with the inclusion of lyrics by the feminist Russian punk band Pussy Riot.

The book begins with a call to homestead the prairies and Rockies, advertising fertile lands, acres of land, farmland, rich virgin soil. Homes for everyone, easy to reach/ Nothing to fear, entices the first poem, which is based on archival promotional posters.

On first read it was impossible for me to separate this history of duress from my partial knowledge of what these immigrants were arriving to: Turtle Island and the systematic destruction of Indigenous communities and people. 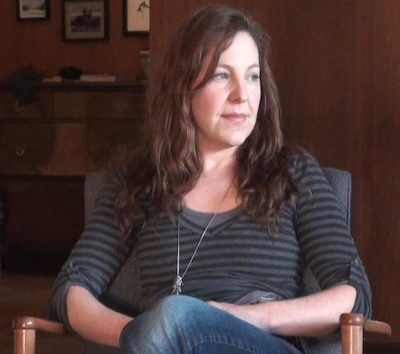 I thought of successive violence: how the women in these stories are forced away from their homelands to a new geography where their presence displaces the local population. Who is uprooted, who displaced? Rosnau never mentions. But she is well aware, focused as she is on witnessing the intersection of power and voice.

Our Familiar Hunger left me in a state of bifurcation — empathy for the people I was witnessing in the poems and concern for another narrative in the same geographic territory that is historically invisible and yet foundational to any discussion about “country.” On repeated reading I understood why she might have stuck to the tight community boundaries of the history she relates and not included any other voices from outside the circle of these women. Rosnau’s premise is to recentre the lives of the women who were occupied in the back rooms managing rough survival, who were silent not by choice.

To that end she works dual tropes, that of mouths and the colour red, with brutal precision. It begins in “Castle Mountain” with this foundational image: “Red barn/ woman in white, dress licked by wind.” The same poem establishes a collective “we” for the reader to witness. Via this “we” the history of one community instantly enlarges towards the universal.

we danced and sang,
our throats raw with gratitude
as curdled as the milk we’d make into cream,
sucked off spoons, our lips closed around
the taste, mouths silence against words. 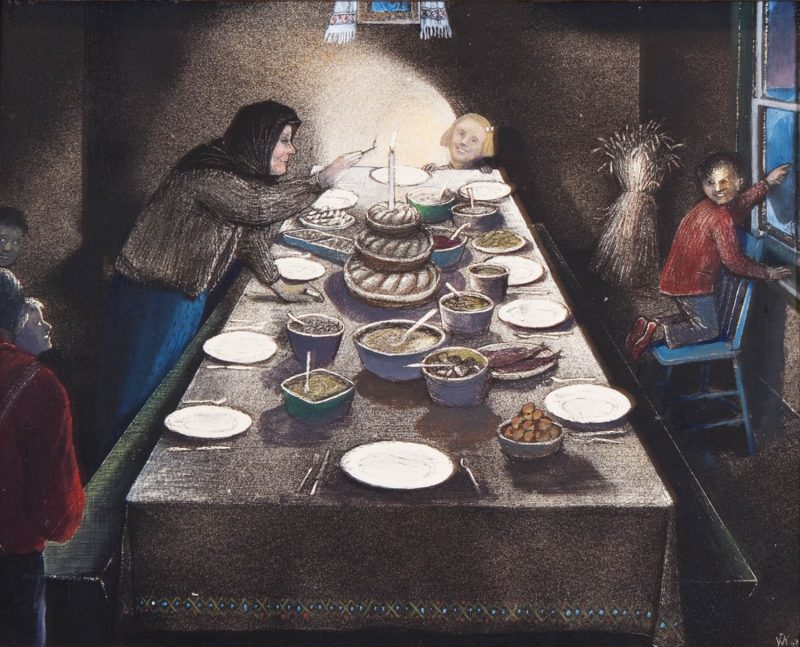 The images circle throughout the four sections of the book, which take place inside the community on farms and years later, in cities. Wind is fierce, cold is bone-deep, skin is thickened with work, and the men, who brutalize the land and their own bodies, also brutalize their families.

The last thing they recall before waking
is the taste of their wives’ blood in their mouths.
How the women bit their own lips to keep quiet. (They Test the Bones)

Mouths gape, hunger revisits daily, and women encounter what they fled and resist with what methods they can:

some girls bite dimples into their lips
the inside of their own cheeks
take their skin between teeth,
chew as quick as they can

A “quiet” mouth is not, Rosnau proves, always a complicit one.

In “Chaff,” a soldier feeds the female speaker soft bread:

I am not so dumb; I know
The officer likes the way
My face has been sculpted by lack…
He likes the way he can fill me.

“Still Hungry” uses the refrain “our grandmothers were hungry,” drilling home that hunger has many shapes. A few pages later, “Top Reasons Why Women Check into Asylums” ends with the gut punch, “They refuse to speak.” Impossible then, to not conflate the women with the images in the prose piece “Dear Sister:”

Raspberries twisted out of hard-packed dirt like wire and the fruit was tight and black until pressed between fingers and then it bled out red.

In the second half of the book, now generations removed from the trauma of immigration, the collective identity develops, albeit imperfectly:

We are all Anastasias…
our names need to be long
to suggest the length of a body stretched
along bedsheets. (We Are All Anastasias)

These granddaughters deal with eating disorders, a sister’s mouth of “sores and stitches” is a “persistence of pinks,/ reds, veins of purple and indigo/­­­-colours of heat.” In the same poem, “In Town for Conference on Eastern European Relations,” the speaker feeds pureéd beets into a baby’s mouth, scraping her lip with the edge of the spoon “until there is nothing/ left, until she is clean.”

And how clean can we come in reconciling this history? What is clean? Rosnau’s narrative is sewn tightly into these verses with the perspective of a novelist joined with the skill of an experienced poet.

Like a wound that is worked while it heals, Our Familiar Hunger deepens with each reading. I could not shake the domination she evokes in these circles, repetitions, and collectives. The elements of prairie winter are cruel, yet these poems point out the cruelest force may be the one inside us. 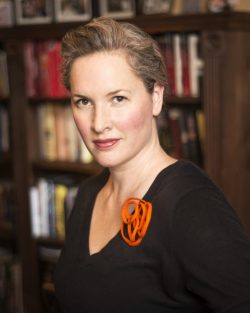