Better Sex Through Mindfulness: How Women Can Cultivate Desire

by Lori A. Brotto 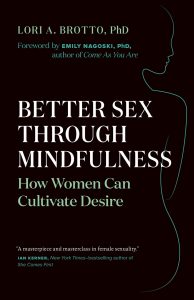 New from Greystone Books comes Better Sex Through Mindfulness: How Women Can Cultivate Desire by Lori A. Brotto, a psychologist, sex researcher, and Canada Research Chair in Women’s Sexual Health at the University of British Columbia.

At 260 pages, it marks a sprightly addition to the raft of sex advice books marketed to women over the past thirty years, including Julie Heiman and Joseph LoPiccolo’s Becoming Orgasmic (1987), Lonnie Barbach’s For Yourself (2000), Vivienne Cass’s The Elusive Orgasm (2007), and Come as You Are (2015), by Emily Nagoski.

A feminist sex scientist whose goal is to translate sexological findings into digestible and meaningful knowledge for women in search of fulfilling sexual activity, Brotto’s bold objective is “to bring the issue of low sexual desire in women into the open so that women feel less shame and are empowered to cultivate their feelings of sexual desire.” I champion Lori Brotto’s impassioned, ethically minded campaign to boost women’s sexual self-esteem the world over.

Brotto notes that upwards of 30 per cent of women globally experience some form of sexual difficulty, whether it is low desire, loss of libido, dissatisfaction as a result of sexual trauma, gynecological cancers, or genital pain. Digging deep into the causes of women’s diminished sexual interest, Brotto points to stress arising from work, family, and money, the “tyranny of infomania,” as well as the pressures of navigating contradictory cultural messages that pummel women into normative ways of looking, acting, and thinking. Indeed, the well-documented “orgasm gap” among straight women suggests that women have been paying attention to men’s sexual satisfaction much more than their own for far too long. 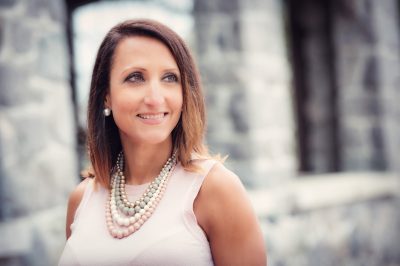 I enthusiastically commend Brotto’s bold criticism of the alleged benefits of ceaseless multi-tasking. Cognitive overload often leads to less efficiency, more mistakes, and unwanted distractions in the bedroom. Brotto also reflects on how women’s feelings of anxiety, depression, fatigue, and negative self-judgment work to dampen or squelch sexual arousal. Rather than endorse the promise of a pharmaceutical fix, such as Addyi — the “pink pill” equivalent to Viagra — Brotto makes a persuasive case for applying the 4,000-year old Buddhist practice of mindfulness to matters of women’s sexual dysfunction.

For Brotto and her collaborators, mindfulness is a therapeutic approach with boundless capacity for lubricating women’s sexual potential. As she explains, “when we pay attention to the body in a kind, compassionate, and non-judgmental, and present-oriented way, it offers us a new way of being in the world. And that new way of being might just be critical for the sexual satisfaction that so many women crave” (p. 154). Alert to the path-clearing work of others, Brotto carefully cites William Masters and Virginia Johnson who developed “sensate focus” in sex therapy with couples in the 1950s and 1960s, as well as molecular biologist, Jon Kabat-Zinn, who began introducing mindfulness to patients suffering from chronic pain in the 1970s and 1980s.

We learn that Brotto, in collaboration with the BC Centre for Sexual Medicine in Vancouver, has co-led a mindfulness-based sex therapy program for hundreds of women over the past fifteen years. During an eight-week period, Brotto and her interdisciplinary team at UBC lead small groups of women through awareness exercises such as the Body Scan (taking note of sensations in each part of the body, including genitals), guided meditation, and discussion about what participants are discovering, including the vulva-like properties of a raisin! 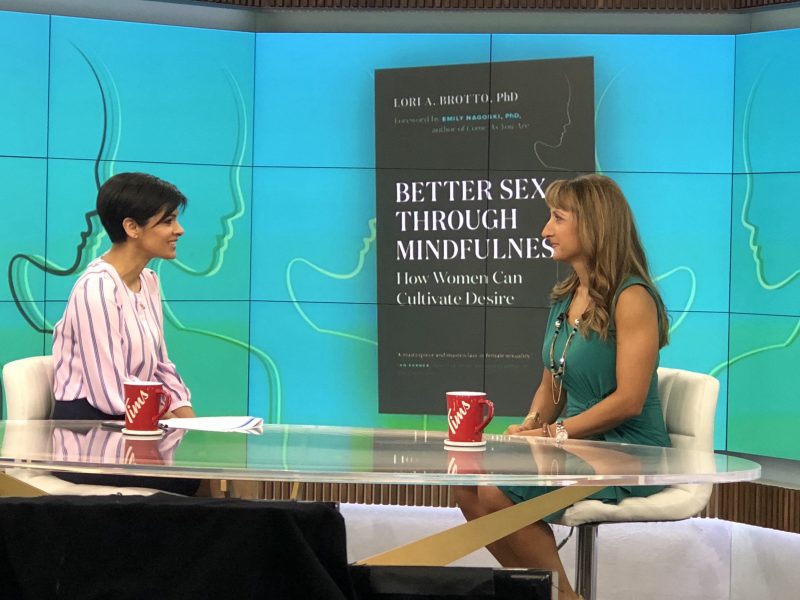 Anne Marie Mediwake and Lori Brotto at CTV Toronto May 2018.

At Week 5, women are encouraged to use sexual aids such as erotica (made by and for women) and/or vibrators to elicit sexual arousal. Post-session facilitation, or coaching, is made available online and through audio-recordings, and women are encouraged to complete up to forty minutes of daily meditation between sessions. Evidence-based results, including questionnaires and self-reports by session participants, reveal increased sexual satisfaction by 66 per cent, as well as improvements in desire, orgasms, mood, and overall well-being.

To me, it was refreshing to encounter instructions for awakening the vagina, vulva, and clitoris through solely paying attention to genitals while lying on a bed. In a later chapter, readers are invited to try hands-on “pleasurable touch” exercises designed to enhance sexual response in both singles and couples. Emphasizing the benefits of employing all five senses during sexual activity with a partner, Brotto asks her plucky participants: What patterns of colour, shape and movement do you see when you look at your partner? And what temperature/ pressure/ texture/ sensation do you experience at the points of contact between you and your partner? By posing these bold, unfamiliar questions, Brotto unveils some of the special elements of her innovative method.

In her final substantive chapter, Tuning In To Pain, Brotto addresses the 15 per cent of women in North America for whom acutely painful sex is a regular occurrence. While noting that research findings are still scant, Brotto draws on several studies to show that group mindfulness-based therapy — with its emphasis on acceptance and compassion — helps sufferers reduce genital pain, sex-related distress, and depression. Paradoxically, Brotto concludes, paying attention to the “bare sensations” of the pain can lead to a tuning out of the distress it causes. 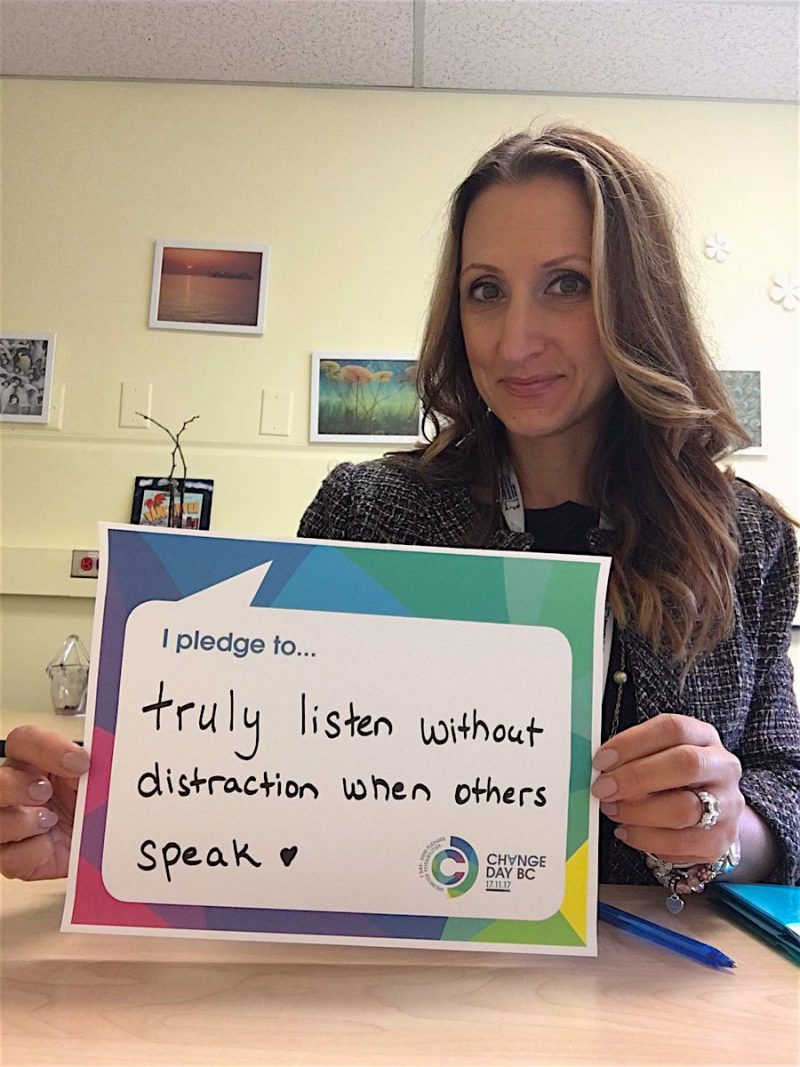 In all, as a queer sociologist disturbed by sexology’s ugly legacy of pathologizing non-normative sexuality, I found Better Sex to be both surprisingly radical and immensely stimulating. Exhilarating promise resides in Brotto’s thesis that mindfulness practice can change the brain’s structure and function to enable cultivation of more nourishing human sexual exchange.

At the same time, Brotto’s research would benefit from a more rigorous adoption of an intersectional analytical framework. For example, she relies heavily on stories from white, heterosexual women, with very brief gestures to lesbians, bisexuals, and same-sex couples. What more might we learn about the sexual desires and frustrations of LGBTQ folks and two-spirits, including those who identify as trans or non-binary? Moreover, how do Indigenous women and women of colour navigate the added minefield of racialized misogyny en route to expressions of healthy sexual subjectivity? For asexuals who narrate their contentment in life without sex, what might be the unintended consequences of the reductive claim that all areas of life suffer when sex suffers? And might sex-based mindfulness yield dividends for the polyamorous and kinky as much as for the conventionally coupled?

Brotto’s hope-filled book arrives at an auspicious moment: women, girls, and non-binary folks are breaking the silence about sexual harassment and assault at the hands of predatory men in the era of #MeToo and #TimesUp. Yet as we learn more about the contours and content of widespread sexual danger, and as we seek to redress the alarming under-reportage of sex-based crimes, our grasp of women’s sexual pleasure remains murky.

Sexual literacy, desire, and practice have always been thorny arenas for women, given that possession of a lusty sexual appetite has almost meant the risk of shame, stigma, punishment, and even imprisonment. The gendered terms “slut” and “slattern” have long been used to bludgeon sexual outlaws who defied societal rules for white coupledom, monogamy, hetero-marriage, and compulsory motherhood. As Carol Groneman argues in Nymphomania: A History (2002), the medico-moral categories of “sex-crazed,” “insatiable,” and “frigid” have powerfully constrained women’s negotiation of gratifying sexual performance on their own terms. It is no wonder that so many women in Brotto’s research expressed self-criticism and self-doubt about their sexual selves, as well as unhappiness with obligatory and unrewarding sex.

Early in her book, Brotto exposes the lack of evidence-based education in schools dedicated to the theme of sexual pleasure. For example, on his campaign trail the newly elected premier of Ontario, Doug Ford, catered to his fundamentally sex-negative and fearful base by promising to roll back the previous government’s revised sex education curriculum. Months later, as Ford and his conservatives dither, let’s consider the value of re-imagining pedagogy in high school classrooms that a) introduces sex toys as valued stimuli for sexual arousal; b) explores the meaning and practice of enthusiastic consent; c) foregrounds knowledge of sexual and gender minorities; and d) integrates sex-based mindfulness as a strategy for sexual enlightenment, joy, and healing.

Lori Brotto’s Better Sex not only inoculates the reader against the scourge of sexual ignorance, guilt, and dread; it bravely enlarges our grasp of what might be possible on a new, even revolutionary, sexual horizon. 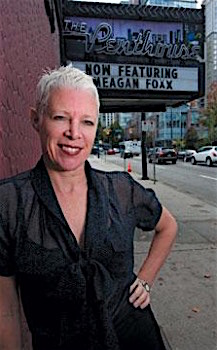 Becki Ross is a long-time academic-activist in social justice movements, including LGBTQ2S liberation, trans rights, sex workers’ sovereignty, and reproductive rights. She teaches in Sociology and the Institute for Gender, Race, Sexuality, and Social Justice at the University of British Columbia. With Jamie Lee Hamilton, Becki is the co-founder of the WestEnd Sex Workers Memorial, which in installed at the corner of Pendrell and Jervis streets in Vancouver. Becki is the author of Burlesque West: Showgirls, Sex, and Sin in Postwar Vancouver (University of Toronto Press, 2009), which is being used as source material for a new play, “Polly and the Penthouse,” under development by Fugue and Touchstone theatre companies in Vancouver. Her published articles appear in BC Studies, The Journal of Women’s History, Canadian Theatre Review, Sexualities, The Journal of the History of Sexuality, and Labour/le travail.