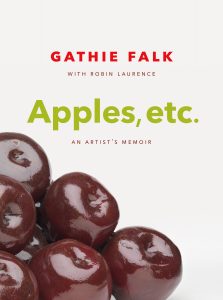 Gathie Falk was something of a late bloomer.

Her Russian immigrant father died just ten months after she was born on January 31, 1928 in Alexander, Manitoba. She grew up during the 1930s and 1940s in a Mennonite community watching her mother make cabbage rolls by hand, hearing her brothers skate on a backyard rink and taking music lessons courtesy of an anonymous donor. Forced to leave school at an early age, she finished high school by correspondence in 1947, then moved to Vancouver.

After some menial jobs, she became a school teacher during which time she re-awakened her childhood passion for art by teaching art classes. This led her to take classes in the 1960s with J.A.S. MacDonald, Roy Oxlade and Glenn Lewis. Her first important exhibit was in 1985. A major book about her work was published in conjunction with her second major retrospective exhibit at Vancouver Art Gallery in 2000.

Co-written by Robin Laurence, Gathie Falk’s new memoir, Apples, etc. (Figure 1 $22.95) reflects on her nearly ninety years of life and almost fifty years as a dedicated artist, alternating chapters of autobiography and artmaking. Along the way she has received the Governor General’s Award in Visual and Media Arts, the Audain Prize for Lifetime Achievement in the Visual Arts, the Gershon Iskowitz Prize, the Order of British Columbia and the Order of Canada.

The gamut of her work is hard to define. She has created performance works involving eggs and bird feathers; paintings of flower beds and night skies; and ceramic sculptures of fruit, men’s shoes and dresses. Her oevre is often and aptly summarized as a “veneration of the ordinary.” 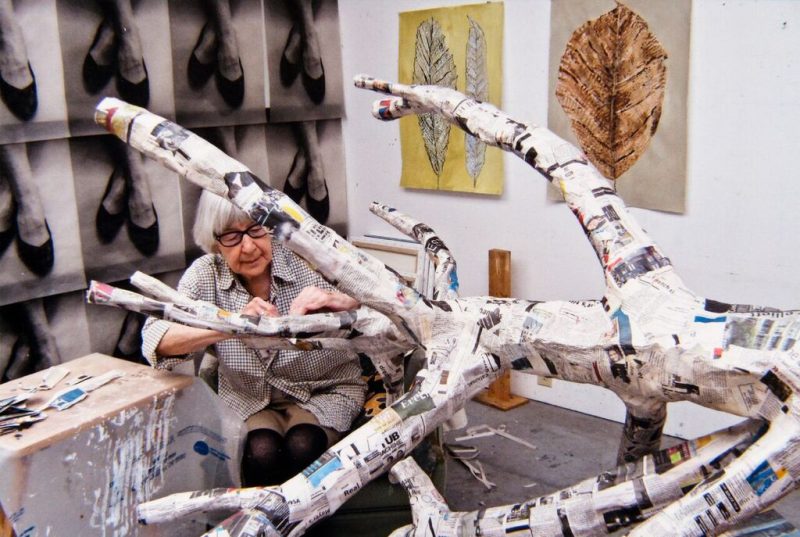 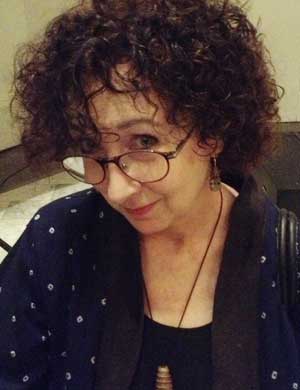