Town Slut’s Daughter is not Heather 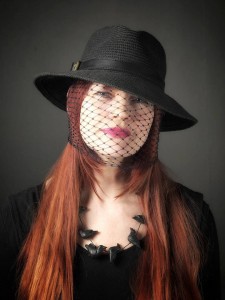 Heather Haley who will read from her debut novel,” The Town Slut’s Daughter, at the Storm Crow Tavern Reading Series, 1305 Commercial Dr, curated and hosted by Sean Cranbury of Books on the Radio and the Real Vancouver Writers’ Series on Thurs, June 18 at 7 PM.

The promotional synopsis states:  “Fiona Larochelle flees a harrowing home life only to land in Vancouver’s violently blazing punk rock underground. Music provides a catalyst when she mines a talent for singing and songwriting to form an all-girl band, the Virgin Marries. After the group breaks up, Fiona is stranded in New York City and forced to navigate a minefield of vice, drug abuse, jealous lovers and predatory record producers as she works to rebuild her dream. She discovers that although rage may have facilitated her quest in the beginning, it cannot deliver her. Amid the tumult of the LA Riots, Fiona bolts from her cocaine-fueled marriage to a modern-day Bluebeard. Throughout it all, a fierce, indomitable spirit prevails.” Now that she has written her first novel, The Town Slut’s Daughter (Howe Sound Publishing, 2015), former punk musician and music journalist Heather Haley is troubled by the perception that she must have been rehashing her life when she wrote it.

On her website, she has tried to set the record straight:

“Writing is vexing, on so many levels. I don’t understand all this post modern fuss over genre and grow weary of explaining that I did indeed imagine the story in The Town Slut’s Daughter. Naturally it’s inspired by life experience. Write what you know. Right? Which is all I wrote, which is why it’s authentic. If what I wrote was published as memoir, or creative non-fiction-whatever the hell that is- I would have been crucified, because I made stuff up, yet people refuse to believe my novel isn’t memoir. I can say unequivocally that I am not Fiona and Fiona is not I.

“Our hunger for realism, hence the reality show phenomenon, and rise of the documentary fuel such expectations. Pressure. I say this because poet and writer Catherine Owen, whom I admire greatly, reviewed my book bemoaning in the main that I’d chosen to write fiction. Despite confusion over genre I never doubted my instincts, knew I was framing narrative within a novel. Works for me. I understand her yearning for just the facts but my life is not all that interesting, in reality. As Karl Ove Knausgård recently emphasized about his autobiographical novel, My Struggle, “It’s fictional even if it’s nonfictional. It’s not as if I’m trying to document anything. I’m looking for something within that material.” Autobiographical novel also seems a contradiction in terms and I know truth is relative. Let the critics and pundits postulate ad nauseum, I need to focus on process. If you want reality, read my blog.

“Perhaps I am a coward, for I can wear it like a veil, but it is also liberating and I maintain there is more truth in fiction.”