Slaymaker gets Order of Canada 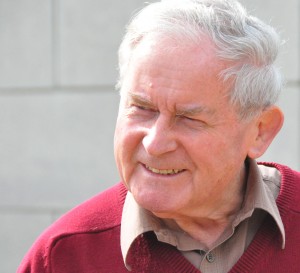 Prolific and much-decorated UBC geographer and author Olav Slaymaker–surely one of the most memorable names in B.C. literature–wasn’t be able to attend the investiture ceremony for his Order of Canada in May because he was off in Siberia, doing whatever it is that venerable geography professors do. With degrees from Cambridge and Harvard, Slaymaker is the author or editor of a dozen books and an expert on climate change in cold climates. Officially retired since 2004, Slaymaker still specializes in the sustainability of mountain environments, alpine hydrology and geomorphology, lacustrine sedimentation and the human impact on geomorphic and hydrological processes. He shares an office with heavyweight geographer, Cole Harris, who is arguably better-known beyond academe, but his name isn’t as much fun to say.