How should society recognize its most dreadful events? 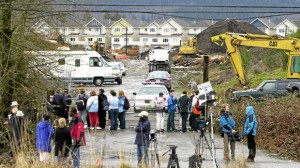 A book by Stevie Cameron serves as the basis for a new movie that revisits Robert Pickton's farm.

Filming is scheduled to start this week in Vancouver for a CBC movie about the murders on Robert Pickton’s hog farm in Coquitlam (above). After a CTV documentary and several books, will the public respond differently to a movie?

In the wake of brutalities committed by mass murderer Clifford Olson, journalists Damian Inwood and Jon Ferry wrote The Olson Murders (1982) and Ian Mulgrew provided Final Payoff: The True Price of Convicting Clifford Robert Olson (1990). Many bookstores refused to carry that first book, worried it was exploitive of the horrors still fresh in people’s minds.

Province reporter Salim Jiwa wrote two books about the two Air India terrorist bombings in 1985, one of which ripped open a jumbo jet from Vancouver over the Irish Sea, murdering 329 people. Loss of Faith: How The Air-India Bombers Got Away With Murder (M&S 2005) by award-winning Vancouver Sun reporter Kim Bolan appeared in the wake of the acquittal of Sikh leaders Ripudaman Singh Malik and Ajaib Singh Bagri. In 2002, police investigators began their 18-month search of Robert Pickton’s farm in Coquitlam to find the remains of slaughtered women. In 2003, after the hog farmer was charged with multiple murders in Vancouver, journalist Stevie Cameron was commissioned to write a book pertaining to the trial of Pickton and the tragic plight of the missing women. Her second volume arising from the murder investigations and trial is credited as the basis for a forthcoming movie about the tragedy. With Full Flood as its working title–merely referring to the production company rather than the content–this movie is slated to shoot in Vancouver in March of 2015, at the behest of CBC, directed by Rachel Talalay and produced by Robert Harvey. The first of Stevie Cameron’s two-volume documentation of the case against serial killer Robert Pickton appeared as The Pickton File (2007). She described it as “a personal story of what it’s been like to work on the Missing Women/Pickton story for the last five-and-a-half years. It’s also a guide to the case and introduces a large cast of characters including Pickton, his family and some of his friends – as well as prosecutors, defence lawyers and judges, victims’ family members, support workers and the reporters and investigators who have become such an important part of this story.” Cameron’s follow-up, On the Farm: Robert William Pickton and the Tragic Story of Vancouver’s Missing Women (2010) was shortlisted for the 2011 Charles Taylor Prize for Literary Non-Fiction and the B.C. National Award for Canadian Non-Fiction.

An investigative documentary about Robert Pickton aired on CTV in 2010, written and produced by Christine Neilsen. At the time she alleged that Pickton’s “inner circle, the people who hung out at the farm with him, the people who worked with him, who were his friends,” knew about his murderour activities but kept quiet. The new movie ostensibly will not focus on Robert Pickton as a character; instead the movie will outline the story from 1995 to 2001 by concentrating on fictional characters–mainly women of the Downtown Eastside of Vancouver who were victimized, as well as their families.

Beginning her career in women’s magazines, Vancouver-born Stevie Cameron has been food editor at The Toronto Star and lifestyle editor at The Ottawa Citizen. She emerged as one of the country’s foremost non-fiction authors with On The Take: Crime, Corruption and Greed in the Mulroney Years.

There have been other books pertaining to the Pickton murders.

Maggie de Vries’s 28-year-old younger sister Sarah vanished from the corner of Princess and Hastings on April 14, 1998 in Vancouver. On August 6, 2002, Vancouver police met with de Vries and gave her the news that a sample of Sarah’s DNA (from a tooth) was found by police on the Port Coquitlam property of Robert Pickton, the accused serial killer of Vancouver prostitutes. After hope was replaced by grim certainty, de Vries kept searching for the answers as to how and why her sister had disappeared, leading to Missing Sarah (Penguin 2003), a heart-rending memoir that won the first annual George Ryga Award for Social Awareness in B.C. Literature in 2004 as well as the 13th annual VanCity Book Prize for best book pertaining to women’s issues by a B.C. author.

Trevor Greene’s grim but revealing Bad Date: The Lost Girls of Vancouver’s Low Track (ECW Press, 2001) picks up the saga of Vancouver’s missing women before the trial of accused mass murderer Robert Pickton. Greene’s views of the police are sympathetic as he describes the street culture in Vancouver’s Downtown East Side and he provides heart-wrenching perspectives from relatives such as Deborah Jardine whose daughter Angela disappeared in 1998. “After fruitlessly trying to get her daughter declared a missing person,” Greene writes, “Deborah was told by a police officer that no one on the VPD knew anything about her or any of the other missing women because ‘no one gives a damn’.” The media, according to Greene, were often ‘slow off the mark’ along with the police.

Robert Pickton on his hog farm.

Long before the remains of missing women were found on Robert Pickton’s pig farm, Mayor Philip Owen and the police were reluctant to accept that the disappearances of sex trade workers could be linked. Jamie Lee Hamilton dumped a box full of women’s shoes on the steps of Vancouver City Hall—and the rest is grim history. Activists such as Hamilton, poet Bud Osborn and MP Libby Davies urged Mayor Owen to get involved in finding solutions for the Downtown Eastside. Having stymied the investigation for years, Mayor Owen was ironically portrayed as a hero in filmmaker Nettie Wild’s documentary about the Downtown Eastside while malcontents such as Hamilton remained stigmatized as hotheads. Hamilton worked in the sex trade for ten years before she became a transgendered advocate for sex trade workers in the Downtown Eastside.  Barb Daniel’s biography, She’s No Lady: The Story of Jamie Lee Hamilton (Cormorant $24.95), portrays Hamilton as an imperfect heroine against a Dickensian backdrop of social decay.

Pickton, now 65, was convicted in 2008 for six second-degree murders, with no chance of parole for 25 years. The victims identified for these charges were Sereena Abotsway, Mona Wilson, Andrea Joesbury, Georgina Papin, Marnie Frey and Brenda Wolfe. He was charged with the deaths of 20 other women but those charges were stayed.