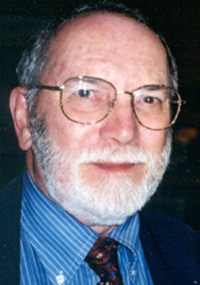 Judging is now underway for the third annual Basil Stuart-Stubbs Prize for Outstanding Scholarly Book on British Columbia to be presented by UBC’s Chief Librarian Ingrid Parent in the late Spring of 2015.

Co-sponsored by UBC Library and Pacific BookWorld News Society, this award was established in memory of Basil Stuart-Stubbs, a bibliophile, scholar and librarian who died in 2012. Stuart-Stubbs’s many accomplishments included serving as the University Librarian at UBC Library and as the Director of UBC’s School of Library, Archival and Information Studies. He also has a very influential leadership role in many national and regional library and publishing activities. During his exceptional career, he took particular interest in the production and distribution of Canadian books, and was associated with several initiatives beneficial to authors and their readers, and to Canadian publishing.

The second winner of the “Bazzy” in 2014 was biographer David Stouck for Arthur Erickson: An Architect’s Life (Douglas & McIntyre).

Entries for the Basil Stuart-Stubbs Prize for Outstanding Scholarly Book on British Columbia can be written or edited by any Canadian (s) but the subject matter must pertain to British Columbia. The author need not be formally affiliated with a university or college, etc. An educational mandate or perspective can be sufficient to merit the term scholarly if the quality of the writing and research is sufficiently high. Books can be deemed eligible only once, on a calendar-year basis. The award is judged by a panel selected by Pacific BookWorld News Society. A shortlist of three titles is selected prior to a presentation ceremony hosted by UBC Library. “While gentle in voice and manner,” said Paul Whitney, former Chief Librarian of Burnaby and Vancouver Public Libraries, “Basil was a giant in the world of libraries and books. He will be greatly missed by us all.”

Marsha Lederman is one of the non-fiction writers to be featured at the Whistler Writers Fest.

D is for Kim Dhillon