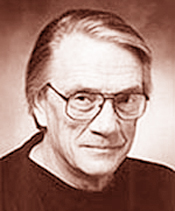 Here stood the Cecil Hotel where TISH poet and UBC student Dan McLeod devised the name for the newspaper he owns, Georgia Straight, over beers with Michael Morris and Glen Lewis in 1967. As the closest pub to UBC, the Cecil Hotel attracted a literary crowd in the Sixties, many of whom were associated with the TISH poetry movement. Most noteworthy was George Bowering, who became Canada’s first Parliamentary Poet Laureate (2002–2004).

“Well, there was the early Sixties crowd of college guys,” Bowering recalls. “Then there was the late Sixties to late Seventies crowd of writers and hangers-on, and it was known across the country that we started on pub night about 10 pm, when the kids left. One night even Susan Musgrave came, and she tipped over a glass of beer and we told her the convention was that she had to buy a round. And that night we had five tables lined up. But we told her we were only kidding. Roy Kiyooka would come. Gladys Hindmarch. Dwight Gardiner. Brian Fisher. George Stanley. Brian Fawcett. Peter Huse. Stan Persky. Gill Collins. Mike Barnholden. Gerry Gilbert always snuck his own food in. Maxine Gadd.”

The Cecil Hotel closed in 2010 after 101 years of operation, having turned into a strip club in the mid-1970s. The primary residence for George Bowering’s non-conventional, unusually prolific and often loud presence during the majority of his writing career was the large house at 2499 West 37th Avenue in Kerrisdale. In the middle of the campus of Capilano University in North Vancouver, between the Seymour River and Lynn Creek, you can also visit the George Bowering Library with its vertical silo and cylindrical reading rooms to supposedly emulate the forest experience. George Bowering was born Dec. 1. 1935, in Penticton, to Ewart Bowering and Pearl Brinson Bowering. He grew up in the Okanagan, mostly in Oliver. “There was a time when I was growing up when our toilet was a bucket that you sat on.” His father was a high school chemistry teacher in the Okanagan. George Bowering was a Royal Canadian Air Force photographer (1954-57)  after he had attended Victoria College (Victoria, B.C.). He would later attend  University of British Columbia and University of Western Ontario.

At UBC he was a leading member of the informal literary movement, mentored by Warren Tallman, that generated the literary newsletter TISH in which he first published his most anthologized poem, ‘Grandfather.’ “Frank Davey was managing editor,” says Bowering, “because it was his typewriter and he was willing to do more work than the rest of us were.”

Fellow TISH writer Fred Wah recalls the rudimentary printing process for Bowering’s first book, Sticks & Stones, illustrated with drawings by Gordon Payne, in May/June of 1962 to coincide with the imminent arrival of poet/guru Robert Creeley in June. Creeley had supplied a preface in advance. “We used metal stencils,” Wah wrote, in a Capilano Review article, “since we were hoping to print an edition of several hundred. But the printer rollers screwed up and we ended up with a bit of a mess: text would suddenly float into the gutter, paper would get skewed, pages would offset off on one another, and so forth.” Some of the approximately fifty copies were missing poems or drawings. Bowering has two copies of this original printing; Sticks & Stones was later re-published by Talonbooks in 1963.

Bowering received his M.A. from UBC in 1963. He curtailed his Ph.D studies at University of Western Ontario to become Writer in Residence at Sir George Williams University, Montreal, 1967-68.

Bowering won his first Governor General’s Award (for poetry) in 1969 for two collections, Rocky Mountain Foot and The Gangs of Kosmos; and his second was received (for fiction) in 1980 for Burning Water, a witty and fanciful historical novel that recalls Captain George Vancouver, his surveying crew and the botanist Menzies on the West Coast in the late eighteenth century.

Bowering has published more than 70 books of various genres. His approach to making new books is invariably experimental. “Ideologically,” he once told George Fetherling for a Vancouver Sun article in 2003, “I’m opposed to the lyric.” Bowering’s novel of the B.C. Interior, Caprice, is an offbeat ‘western’ with an emancipated female heroine, set in the Okanagan, and his eccentric view of political and social life, A Short Sad Book, has been categorized as a novel only for lack of a better definition. His novel about the racist pursuit and capture of the McLean Gang in the B.C. Interior, Shoot!, has been described as a comic novel about murder and hanging.

Bowering’s collection of ten short stories, mostly about the Sixties in British Columbia, The Box, is introduced by archival photographs and freely mix writing genres that include biography, autobiography, parable, letters and drama. He has also produced irreverent, ‘mock naive’ histories of British Columbia, Canadian Prime Ministers and Canada.

In 2002 George Bowering accepted the post of Canada’s first Parliamentary Poet Laureate (the Canadian Authors Association had designated various Poet Laureates much earlier, including Bliss Carman), and moved to Ontario in 2003 to serve his term. During this period he unsuccessfully tried to stimulate an initiative for Canada Post to produce stamps that honour poets. He was appointed an officer of the Order of Canada in 2003 and inducted into the Order of British Columbia in 2004. He returned to live in Vancouver where, among his many enthusiasms, he continues to be an avid baseball and softball fan. Baseball Love (2006) recalls his days as a youthful sports reporter in Oliver and his playing days in the Kozmic League of the 1970s. It has been described as a “picaresque memoir of a road trip with his fiancée through the storied ballparks of a poet’s youthful dreams.”

Bowering’s memoir Pinboy (Cormorant 2012) recalls his sexual awakenings at age fifteen in the south Okanagan where he finds himself enamoured of three choices: his first love, the girl from the wrong side of the tracks, and one of his high school teachers. It was nominated for the Hubert Evans Non-Fiction Prize. Bowering has never won a B.C. Book Prize since the awards were introduced in 1985.

Having produced more books than some people read in a lifetime, George Bowering has consistently maintained his George Woodcockian pace of productivity, like a home run hitter trying to outdo Hank Aaron or Babe Ruth. Bowering has joked with Alan Twigg that he and “the other George” (George Fetherling) are in the same prolific league. With a new introduction by his long-time friend Lionel Kearns, George Bowering’s second attempt at a novel, Mirror on the Floor, set in Vancouver in the mid-1960s, was re-released by Anvil Press in 2014. It follows the carousing adventures of a UBC grad student named Bob Small and his roommate, George Delsing, as they encounter dockworkers, unemployed loggers and retired seamen on the Downtown Eastside, exploring the city in Small’s “poor old over-travelled yellow Morris Minor.” Outside the city lock-up, Small meets Andrea, a troubled young woman to whom he is attracted, and soon he is bumping into her everywhere he goes. Originally published in 1967 by McClelland and Stewart, Mirror on the Floor provides a vivid portrayal of Vancouver as it used to be–when it was little more than a provincial town with a rough waterfront.

According to publicity materials, George Bowering’s 36th book of poetry, The World, I Guess (New Star, 2015) “shows Canada’s original poet-laureate still in MVP form as he approaches his 80th birthday. The centrepiece of Bowering’s new book is a long poem, “The Flood,” a complex, discursive poem whose subject is poesis and whose interest is in the world around the writer. But the book ends with a suite of translations of the “modern” Canadian poetry canon, from Charles G.D. Roberts and Archibald Lampman to Irving Layton and Phyllis Webb.”

Bowering’s thematic study of some British Columbia novels appeared in BC Studies, Summer, 1984 (#62). It later served as the keynote essay for a composite collection of writing from BC Studies entitled Home Truths.

Roy Miki of SFU has published an extensive bibliography of Bowering’s work. His wife Angela Bowering (née Luoma), who died of cancer in 1999, collaborated with him on two literary projects. With his second wife, Jean Baird, a former professor, magazine publisher and director of Canada Book Week for the Writers’ Trust of Canada, Bowering co-edited The Heart Does Break: Canadian Writers on Grief and Mourning (Knopf 2009), containing twenty original essays. George Bowering in the Okanagan.

On April 21, 2015, in front of the Point Grey Library in Vancouver, Bowering, at 79, had a cardiac arrest. Had this happened almost anywhere else, he would likely have died. But one of the alert people at the bus stop started CPR immediately, school student Ivy Zhang called 911 immediately and there was a fire hall one block away. Rushed the hospital, Bowering was induced into a coma for twelve days. After three frightening weeks, he was back at home. By June, despite his broken ribs and broken sternum, the rehab department at VGH said Bowering was in better shape post-incident than most other 79-year-olds without an incident. “The team doing the assessment have all sorts of tests for strength, balance, etc.,” said his wife, Jean Baird. “On the second assessment day they asked George if he could jump. He jumped. They said they’d never had another before who was able to jump.” The walker was returned in early June. He began using a cane, improving his muscle tone. By the end of June he was back at Nat Bailey watching Vancouver Canadians baseball again with tickets to the jazz festival. And he was writing again.

A magic-powered ring from ancient Rome surfaces amid the Poets’ Club at thirteen-year-old Harry’s school in Bowering’s juvenile novel Attack of the Toga Gang (Dancing Cat 2015) giving rise to malevolence from a centuries-old, secret organization known as the Toga Club.

While lobbying the provincial government to assist the federal government in creating a major national park for the south Okanagan, Bowering drew from forty books he had published since 1960 for a anthology of his own writing about his beloved homelands, Writing the Okanagan (Talon 2015). Editor or Co-Editor Of (periodicals):

A Record of Writing: an annotated and Illustrated Bibliography of George Bowering, by Roy Miki, Vancouver, Talonbooks, 1989, 401 pp.