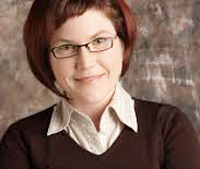 Carrie Mac’s experiences in the Downtown Eastside continue to fuel her work. Homelessness, addiction, teen pregnancy and crime are the backdrop for her latest novel, The Way Back (Orca $9.95), in which Colby Wyatt is alone, homeless and addicted to Meth. Taken in by her friend Gigi’s grandma, she joins the family business, a pawnshop where Colby, Gigi and Gigi’s brother keep the shelves stocked by breaking into houses and stealing things. When Colby discovers she’s pregnant, she swears she’ll get clean, keep the baby and have a real family. Checking into rehab, Colby is determined to make things work and save Gigi at the same time, but sometimes no matter how much you want something, it doesn’t work out. Carrie Mac’s previous book was The Opposite of Tidy from Penguin Books. She has now released eleven titles in ten years. 9781459807150