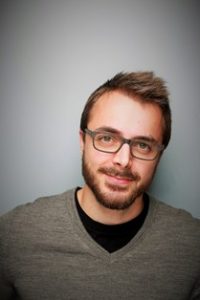 In Tyrell Johnson’s post-apocalyptic suspense novel, The Wolves of Winter (Simon & Schuster $24.95), set in the Yukon, we are introduced to a fierce young woman named Lynn McBride – think Hunger Games – and the McBride family after the planet has been ravaged by war and disease. Order has collapsed. Nobody knows how many humans are left. For all our heroine and her loved ones know, they might be the only survivors of mankind. After seven years of meagre but peaceful co-existence, an outsider on the run shows up and suddenly threatens to destroy the functionality of everything they’ve managed to create. Johnson lives in Kelowna. (Author photo by Josh Durias). 9781501155734