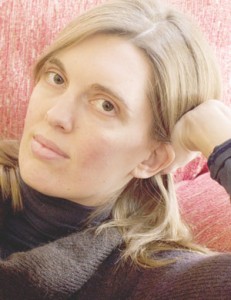 The public is invited to two launch events for Hannah Calder’s second novel, Piranesi’s Figures, described as a feminist-tinged fairy-tale and witches brew that exposes the dirtiest secrets of domestic wreckage and illicit love.

Friday May 27th, 7pm at the People’s Co-op Bookstore on Commercial Drive, Vancouver

Hannah Calder was born in the UK and moved to Canada when she was fifteen. She has lived in Barcelona, Seoul, and Vancouver prior to moving to Vernon where she teaches English at Okanagan College. Along the way she has been a social worker in Kent and a nanny in Chicago; and she has published poetry in West Coast Line, The Capilano Review and dANDelion.

After she received her MA in English Literature from Simon Fraser University in 2004, Calder moved to Barcelona and wrote her first novel More House (New Star, 2009), a work of experimental writing, much concerned with gender. “I was born without a penis,” says the narrator, “… I learned to divide a room into groups–those with penises and those without–at an early age.” More House was praised by Anakana Schofield as “A fusion, a collage, a bold endeavor of a literary work, a ‘new’ novel if you like.”

Her second novel, Piranesi’s Figures, is similarily investigative as she examines love among the psychological ruins of at least two marriages and one attempt at child–rearing. Again, she contorts novelistic conventions, sexual practices and family dynamics, causing Michael Turner to blurb, “Reading Calder is to move through the world barefoot over asphalt, grass, sand and water. This is sensual, insightful writing.” Her publisher describes the book as “a dense witches–brew of storytelling, a feminist–tinged fairytale that drapes the dirtiest secrets of domestic wreckage and illicit love in fancy dress and commands them to twirl around for our amusement.”