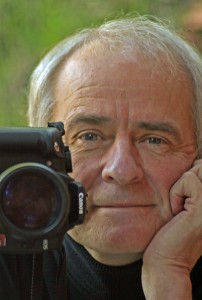 Hans Tammemagi knows how to get what he wants; that’s why he wrote Winning Proposals (Self Counsel Press $16.95), now into its third edition. As an environmental columnist for the Vancouver Sun and a professor at the School of Environmental Studies at the University of Victoria, Tammemagi, of Pender Island, also wrote Air: Our Planet’s Ailing Atmosphere (Oxford, 2009), an exploration of the myriad problems affecting our atmosphere, including smog, acid rain, ozone depletion and climate change. His other books include Waste Crisis, Exploring the Hill (Canada’s Parliament Hill), Exploring Niagara, Compelling Communication and Half-Lives. Also an accomplished photographer, he has produced several ‘blog-books’ available via the internet. These include  Impressions of Namibia, Impressions of Estonia, Eagles on an Island and Cruising the Broughton Archipelago. As a freelancer, he has contributed to magazines that incude Canadian Geographic, Westworld, Zoomer, Explore, Canadian Living, Northwest Travel, West, Canada’s History Magazine and Indian Country Today; and to newspapers including the Globe and Mail, Vancouver Sun, The Province, Montreal Gazette, the Toronto Star and the National Post. He has been been a columnist for the Vancouver Sun and Silver Kris (Singapore Airline’s in-flight magazine). He has a B.Sc. Physics; M.Sc. & Ph.D. in geophysics and he is a member of the Travel Media Association of Canada, Society of Environmental Journalists, International Ecotourism Society, Writers  Union of Canada and Canadian Nuclear Society. 978-1-77040-060-3