When Istanbul was Constantinople

"Sailing to Byzantium" is the second in a series of books about a time-travelling witch and her mind-reading cat. 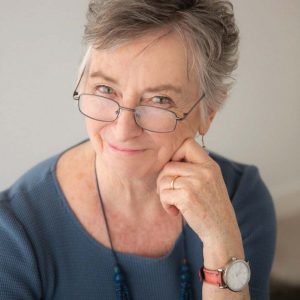 The heroine, Annie, is beckoned back in time to the 10th century by a great-aunt to set sail on a Viking boat from Yorkshire to the ancient city of Byzantium on a quest to rescue 7-year-old twins. 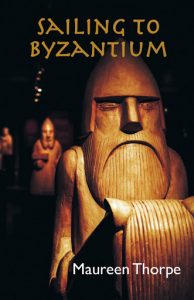 Contemporary Yorkshire lass, Annie Thornton suddenly finds herself in the middle of a stinking garbage heap with her cat in her lap. It’s not Annie’s home, not even her century. Her great-great-great ( X more greats) -aunt Meg is running toward her, apologizing for the odoriferous botched landing.

Turns out, Meg has summoned Annie back in time to help her solve a terrible crime which has just happened in Jorvik. (It’s so far back in time that the Vikings are in charge, so York is called by its Norse name.)

Meg and Annie’s mission to solve the crime takes them on a time-travelling adventure in Maureen Thorpe’s Sailing to Byzantium (Ekstasis $25.95), the second title in her planned trilogy with the same characters.

Thorpe, herself born in Yorkshire, trained as a nurse, worked on two continents, travelled the world and now lives in a log house near Invermere. She does talks with slide-shows about medieval life and writes with authority about her characters: time-travelling Aunt Meg, a respected witch or wise-woman in 15th century Yorkshire; and her 21st century niece, a trained midwife. Plus, their two cats.

Sailing to Byzantium follows the first book in Thorpe’s trilogy, Tangle of Time (Ekstasis, 2018). A third title, Coventina’s Well set in Roman Britain, is planned for release in 2021.

The crime involves twin girls, platinum blonde seven-year-olds who have been kidnapped while playing right outside the door of their own home. Their father is a Viking fisherman still out at sea and their English mother and her own mother were inside the house weaving wool cloth at the time of the abduction. The elderly grandfather was outside with the twins but, in one of many deft examples of Thorpe’s storytelling combined with her medical background, he was caught short with what the modern reader can tell is a troublesome prostate and had bolted for the outdoor toilet. The three supervising adults are wracked with grief and guilt at letting the girls out of their sight at exactly the wrong moment. They dread the arrival of the father, who doted on his little girls.

Aunt Meg is fully capable of magic, of shapeshifting and time travelling as well as a having an extensive knowledge of using herbs and other healing practices of the Middle Ages. She also knows that Annie has inherited her maternal line of ‘witchy’ abilities in addition to having modern-day medical training.

Annie is quickly dressed in appropriate linen and wool clothing and footwear and her T-shirt, jeans and slippers are left behind to baffle the archaeologists of the future.

Thorpe includes a useful glossary of Yorkshire dialect and a map of the route the two women, the father of the abducted girls and other trustworthy companions took to follow the kidnappers. She also provides an interesting list of the main characters that pinpoints which ones were actual historical figures and those Thorpe invented but some of whom just might be real, as there are traces of those names and identities in Norse sagas and other documents. It’s fascinating stuff.

The bereft family, with the two wise-woman and their cats (which, of course, also have certain magical abilities), petition the local Viking King Eiric BloodAxe and his two wives for help.

There is a wealth of authentic detail about the rigours of the sea and river voyage which takes the group of would-be rescuers from York, England to Birka, an island near Sweden, with its busy trading town and active slave market. Then the group carries on across the Baltic Sea and then down major rivers in shallow lightweight river boats to get to Kiev and finally across the Black Sea to Byzantium. There, an eccentric and very wealthy man is rumoured to have bought the exotic blonde twins for his collection.

The description of the running of rapids or portaging around them, the constraints of campfire cooking and cautious dealings or bloody skirmishes with other tribes in the lands they are passing through all make for a gripping page-turner.

This ‘day-in-the-life’ of sheer survival on the dangerous waterway journey is later enriched when we meet Princess Olga who supports their efforts and mentions her wish to bring Christianity to Russia, which she eventually does in ‘real life.’ We also go to the great bazaars of Constantinople and practically touch the fabrics and soft leather shoes and smell the spices and delicious foods there.

The action ramps up even more as Annie must work a major feat of magic in front of a crowd of thousands and the rulers… and two hungry lions.

So, if you’d love to escape the woes of the present day and enjoy historical mysteries and archeological detective work, you’ll have come to the right place and time with Sailing to Byzantium. 978-1-77171-384-9

Caroline Woodward is the author of nine books in five genres for adults and children. She writes from the Lennard Island Lightstation.