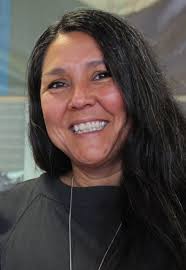 Janet Rogers, according to George Elliott Clarke, Parliamentary Poet Laureate (2016-17), “is as fearless as an eagle feather and as forensic as a tomahawk. This Indigenous Canadian poet says what E. Pauline Johnson (Tekahionwake) wanted to say, but couldn’t, because the time wasn’t ripe, a century back, for a voice that is unhindered by politeness and undiplomatic in outrage.” Rogers’ fifth poetry collection Totem Poles and Railroads (Arbeiter $18.95) was launched at the Art Gallery of Ontario, with Lillian Allen and her band, after Rogers had told herself she would not publish in print any longer. “This collection came as quite a surprise,” she said. “Goes to show you the spirit of creation is a force much greater than ourselves.” The musical evening was followed by a conventional book launch at Type Books on Queen Street. With her playful earthiness, she told her AGO audience after one of her poems, “I didn’t mean to get sexy on you, but I went ahead and got sexy on ya.” 9781894037877