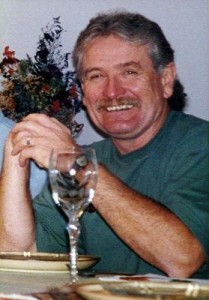 Born on February 5, 1941, Dennis Wayne Skene died in Surrey after a lengthy illness on July 5, 2015. “Wayne’s fate,” says editor and friend Brian Scrivener, “was the curse of Cassandra, in Greek myth—an analogy that he himself made more than once–gifted with prophesy, yet condemned never to have those prophecies fully appreciated.” A former radio and television manager within CBC, Skene published a critical assessment of the CBC’s future in Fade to Black: A Requiem for the CBC (Douglas & McIntyre, 1993) and an examination of the results of airline deregulation since 1988 entitled Turbulence: How Deregulation Destroyed Canada’s Airlines (Douglas & McIntyre, 1994). Based in White Rock, he subsequently co-wrote Premier Mike Harcourt’s memoirs entitled Mike Harcourt: A Measure of Defiance and he examined Ontario Hydro, Hydro-Quebec, BC Hydro and other electricity companies in Delusions of Power: Vanity, Folly and the Uncertain Future of Canada’s Hydro Giants (Douglas & McIntyre, 1997).