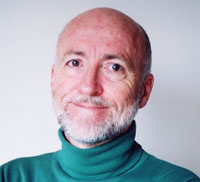 Andrew Scott’s well-researched The Promise of Paradise: Utopian Communities in British Columbia (Harbour $24.95) is a revised and updated second edition of an important book from 1997, with several new sections, thirty additional photos, a number of maps, an appendix and a detailed index. In it Scott explores the successes and failures of the many idealistic intentional communities that have appeared across BC over the past 150 years, from the “model” Christian villages of the missionaries, through the Doukhobors, the Brother XII cult and the counterculture era, to today’s sophisticated co-housing projects. “Many communities discovered hardship, disillusionment and failure,” he says, “but new groups sprang up—and continue to spring up—to take their place.” With engaging first-person accounts, the book affords detailed and reliable records of communalists such the early Scandinavian settlers who, with great stamina and courage, created utopian colonies at Bella Coola, Cape Scott and Sointula. Scott similarly relates the history of the Emissaries of Divine Light, who went forth from their base at 100 Mile House to build hotels, own a jet and establish branches around the world. The 1960s and ‘70s are a particular focus, from the Sunshine Coast’s many communes, which set off a storm of hostility from locals, to the Ochiltree Organic Commune in the Cariboo, which rebelled against hippie standards to embrace meat-eating and coffee-drinking. More than a compendium of astounding misadventures, this book offers Scott’s intriguing analysis of what moves people to search for paradise as he sifts through the wreckage of the utopia-seekers’ dreams to lay bare the practices and philosophies of today’s intentional communities.